Inverter manufacturers are adapting their product lines to meet emerging demand for energy storage in the US market. 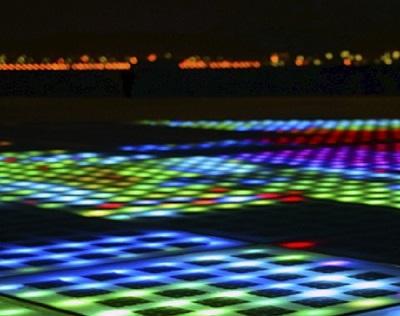 Until recently, only a few solar inverter makers had products that could be used for storage, but other technology firms now also want to take a share of the expanding market. The potential for growth is significant: a recent forecast by GTM Research has put growth rates in the energy storage sector in the US at around 250% in 2015 alone.

In May, another player in the market, SolarEdge, unveiled an inverter solution that will supposedly allow for grid and photovoltaic integration with Tesla’s home battery solution, the Powerwall.

Outdoor inverter
WSTech, meanwhile, has launched what it claims is the world's most powerful and advanced outdoor inverter, at up to 4.5 MW and 1,500 V.

The product has six power stacks that can be connected to either battery arrays or renewable power generation systems, according to Luis Herrera, of WSTech’s global sales and business development team.

The system, unveiled at the Intersolar Europe trade show in June, has not yet been certified for the US market, but WSTech will be evaluating the possibility of doing so based on demand.

Storage providers, meanwhile, are hoping this growing interest in energy storage will help bring down the cost of battery inverters, as well as solving problems with their reliability and lack of different products on offer.

Early development
“The inverter side [of the energy storage industry] is really in the early stages of development,” said Steve Kelley, senior vice president of sales at Green Charge Networks, a behind-the-meter battery system vendor.

“The number of specifications is pretty limited right now, so we are excited to see vendors like SMA and Advanced Energy with products rolling out next year.”

The cost of battery inverters, which is currently said to be around double the cost of solar inverters, is expected to fall as sales of battery-linked inverters grow.

Green Charge Networks, for instance, is expecting to install around 160 systems in the next six or seven months, which means a sharp increase on the double-digit inverter orders it was making previously.

“Our battery costs have decreased substantially but inverters haven’t followed suit,” Kelley said. “Until recently, inverter makers were only selling hundreds of units, and that isn’t enough for them to get excited about."

The WSTech 4.5 MW inverter, for example, costs 35% less than current market prices thanks to its new technology, Herrera said.

“This inverter is a game changer in the industry,” Herrera added.

The product is also of interest because it combines battery and solar inverter functions in a single unit, potentially leading to further savings.

Combining both functions in one device adds to the likelihood of loss in the event of a failure, but experts say many project developers would be willing to take that risk in exchange for lower costs.

Once such teething problems are sorted out, it is believed that battery inverters could end up lasting longer than their solar peers.

“Batteries normally operate at lower voltages: 48 to 90 volts compared to 400 volts or above for solar,” Joep Thomassen, vice president of distributed power generation at battery manufacturer Leclanché, said. “If you have very high voltages on the inverter side, you need several conversion steps."

Even though price and reliability are the key issues for battery inverters in the US right now, there are other areas that are likely to gain in importance.

Added functionality
One of the key issues is the integration of grid functionality into the inverter system, particularly since grid-scale, industrial or commercial-scale projects are currently the main areas of growth for energy storage in the US.

Adding features such as volt-ampere reactive or Supervisory Control and Data Acquisition (SCADA) functionality into inverters will greatly increase their value to project owners and grid operators, Kelley said.

Data management is a key growth business in the energy space, as operators in sectors such as oil production through to wind and solar power look to optimize their assets.

SCADA, a widely implemented tool, could help a battery inverter respond more intelligently to events relating to the renewable plant.

If the battery system could read failure codes from a solar inverter, it would be able to distinguish between a short-term loss of output caused by a cloud and a longer-term problem relating to a fault, for instance.

Long-term, this trend could see inverters becoming a key part of an intelligent energy infrastructure that encompasses battery management systems and smart grids.

For the time being, though, the focus is purely on cost reduction. If energy storage takes off in the way many current forecasts predict, inverter costs may not be a concern for much longer.