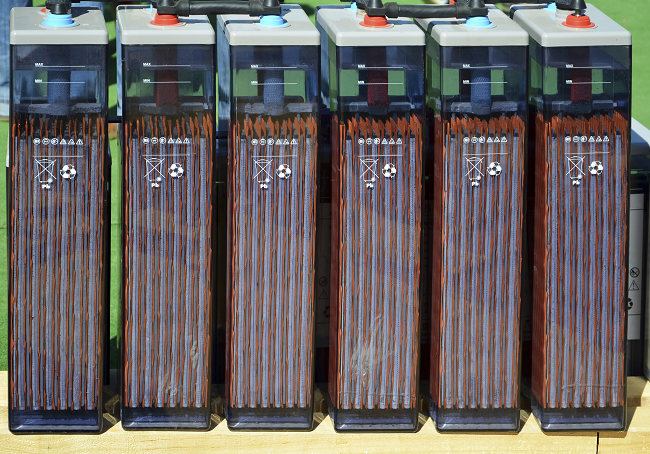 While the 1.6 GW worth of projects that were tendered suggested winning bid prices would be very competitive, few, if any, expected prices to be so low, said Jonathan Cohen, head of Energy Storage at international law firm Eversheds, which helped prepare some of the applications for the tender.

EFR prices also fell lower than bids for National Grid’s most recent Firm Frequency Response (FFR) tender, even though the system operator had previously said that EFR has greater value than other ancillary services.

In another surprising result, the aggregators, who specialize in understanding ancillary service pricing and price risk, failed to win any contracts.

There are several main factors that, when combined, could explain what led to the low bid prices, Cohen said.

Most competitive bidders saw the projects as long-term portfolio assets in an exponentially growing market rather than as a short-term revenue earner and were willing to accept below-normal returns on the projects to win a strategic first-mover advantage, he said.

Since the EFR contract is only for four years of service, winners also likely took a very strong view on the potential post-EFR revenue opportunities, he added.

A few of the successful bidders are also large utilities and likely benefitted from access to cheap financing.

Also evident from the winning bids is that the ability to site such projects close to an existing generating plant has been an inherent advantage.

EDF Energy Renewables' proposed project is located next to its West Burton Coal and Gas Plants, Vattenfall's battery storage asset will be sited next to its Windfarm at Pen y Cymoedd, and E.ON has proposed to build a facility next to its Blackburn Meadows Biomass CHP and District Heating Site near Sheffield.

Pairing existing generating plants with energy storage enables the provision of artificial inertia to the grid, improving stability without the need for additional grid connections, and could also benefit from development and operations & maintenance synergies.

Securing cheap land and grid connections within the tight deadlines set by National Grid was “really difficult” for many developers, Cohen said.

With the U.K.'s Department of Energy and Climate Change (DECC) projecting the country's energy storage market could reach $17 billion in 2020, the 201 MW of storage contracted in the EFR tender is likely a first step in what could become a much larger market for battery vendors and storage developers in the U.K. (DECC became part of the Department for Business, Energy & Industrial Strategy in July 2016).

Since National Grid estimated that the EFR tender will save it about £200 million over the next four years, compared to the cost of alternative ways to provide frequency response, system operators in other European electricity markets will be looking to learn from the successful procurement and potentially try to replicate it, Cohen said.

Moreover, some 200 MW of well over 1 GW of ready-for-construction storage that was not awarded contracts also offered very attractive sub-£15/MW/hr prices and could try to participate in potential future tenders or seek other revenue streams, such as price arbitrage, demand reduction or peak shaving, according to Cohen.

Triads are the three half-hour periods when electricity demand is at its highest across the U.K. from November to February.

Ofgem are consulting on removing some of the embedded generator benefits to ensure a level playing field for all generators.

Battery storage plants will be classed as embedded generation if they discharge surplus power at peak times.

While the proposed changes are up for discussion, some of the winning EFR bids assumed the tender excludes typical triad hours as a supplementary revenue stream, while others assumed triads within their revenue stack.

The value of the current triad avoidance benefit is £45/kW, more than double the 2015 Capacity Market clearing price, and is projected to rise in four years to £72/kW.