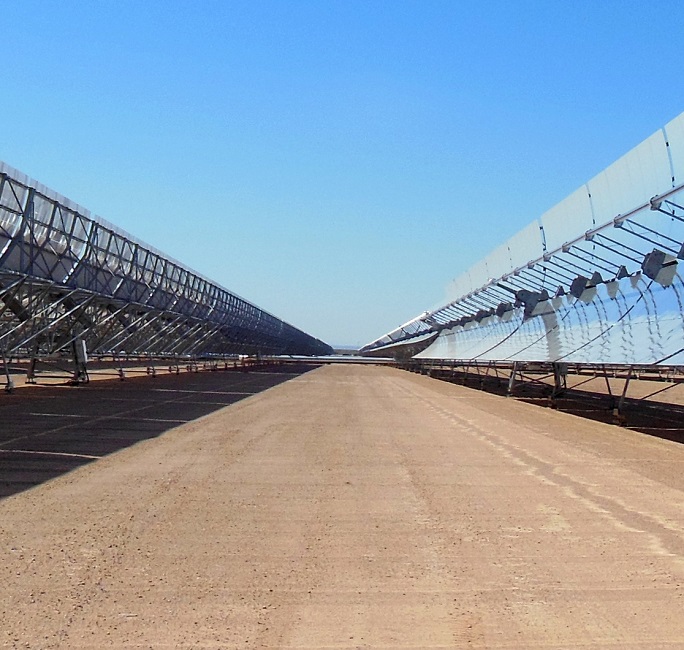 The World Economic Forum, the International Organization for Public-Private Cooperation, has proposed a new mega-solar expansion plan in Botswana and Namibia that could provide over 4.5 GW of solar capacity to customers in southern and eastern Africa.

The plan, which has received the backing of Botswana and Namibia government officials and the World Bank, proposes a phased approach to PV and CSP construction.

The first phase would consist of 300 to 500 MW of new PV and CSP capacity built in Botswana and Namibia to supply domestic demand.

"Critical to its success, and in a strong demonstration of political will, the proposed mega-solar project development approach proposes a competitive tendering process that will phase in the solar power,” the World Economic Forum said in a note published August 26.

“The intention is that this initial phase will develop the market and build local capacity for managing the required technologies," it said.

The second phase would involve the construction of up to 1 GW of capacity to supply neighboring power markets via upgraded power interconnectors.

In the third phase, a further 3 GW of capacity could be built in order to supply large areas of southern and eastern Africa via regional power pools.

To date, South Africa has the largest operational CSP fleet in Africa, with an installed capacity of 500 MW. Capacity will rise to 600 MW when ACWA Power completes its 100 MW Redstone CSP plant, currently under construction in South Africa's Northern Cape.

The plant features 4.5 hours of energy storage capacity and is located near the recently-commissioned 121 MW Megalim CSP tower plant. The Ashalim plant was built under a 28-year build-operate-transfer (BOT) concession contract and the power will be sold to the Israel Electric Corporation.

The CSP plants will help Israel achieve its target of 10% renewable energy by 2020 and Israel may increase its target for 2030 beyond the current target of 17%, Steinitz told reporters.

“We’re going to meet our target next year but we are already considering increasing the goal for 2030 and increasing the volume of renewables,” Steinitz said.

“This is under examination by the Electricity Authority."

Norwegian start-up EnergyNest has signed a contract with Italy's Eni to install a thermal battery storage unit at an existing CSP facility at the Gela refinery in Sicily.

The Gela facility has a refining capacity of 100,000 barrels/day and sources heavy crude oil from nearby Eni fields offshore Sicily.

Eni will use the EnergyNest battery to store daytime CSP generation and dispatch this power during the night, reducing the need for fossil fuel-fired power generation.

The storage pipes can accommodate a wide range of HTMs, including thermal oil, steam and compressed gas, according to the company.

The Gela thermal battery is scheduled to start operation in the second half of 2020, EnergyNest said.