Most utility companies would hesitate to undertake a commercial-scale project based merely on a proven concept, but Enel Green Power has taken the plunge and is constructing a 17 MW CSP unit to integrate with its Stillwater solar-geothermal hybrid plant. 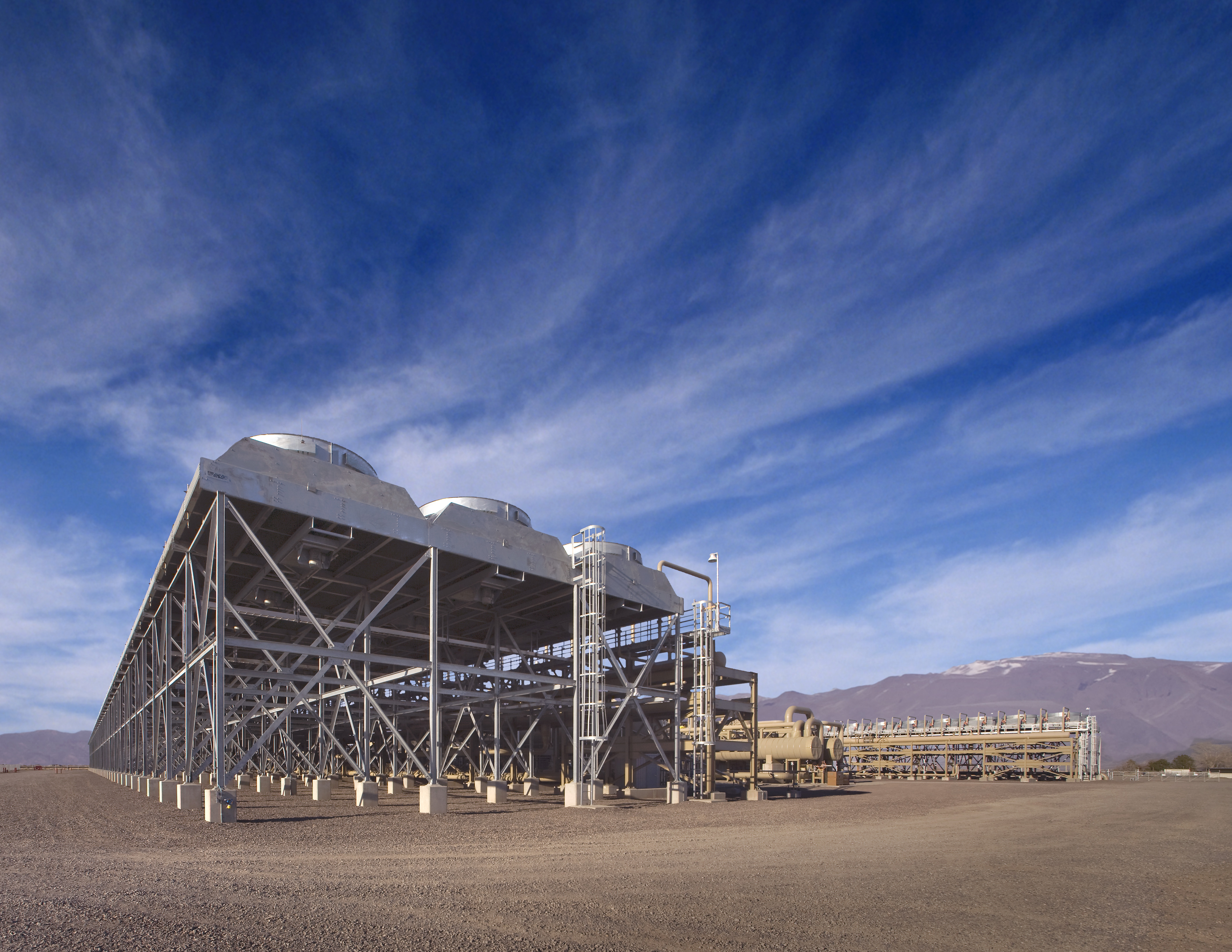 Stillwater will become the world’s first CSP-geothermal plant when coupled with the new 17 MW CSP facility.

Enel Green Power’s 33 MW Stillwater geothermal power station in Nevada, U.S., has been operating since 2011 and is already paired with a 26 MW PV facility covering 240 acres and employing 89,000 solar panels.

When coupled with the new 17 MW CSP facility, Stillwater will become the world’s first CSP-geothermal plant, as well as the first to incorporate the three renewable technologies.

The result will be a hybrid power plant combining the continuous generating capacity of binary-cycle, medium-enthalpy geothermal power with solar thermodynamic.

“Renewable sources can interact between each other in order to fully exploit the characteristics of the single technologies and to use Balance of Plant to increase utilization factor,” says Fabrizio Bizzarri, Head of Scouting and Selection at Enel Green Power Innovation Department.

“Moreover, in case of integration between CSP and geothermal energy, it is possible to enhance the capacity factor of the plant without increasing nominal power,” he adds.

How it will work

Explaining how the renewable technologies will work together, Bizzarri told CSP Today: “The PV plant is coupled with the geothermal plant sharing the sub-station and other electrical components of the power block.

“CSP and geothermal technologies are integrated at a process level: the heat coming from the CSP is added to the geothermal brine before it enters in the Organic Rankine Cycle units, increasing the brine temperature and consequently the power output, thanks to the incremental heat available and higher thermodynamic efficiency.”

The solar energy at the site – both CSP and PV – is generally abundant during the central hours of the day, especially during summer, when electricity demand is at its peak and when the air-cooled geothermal binary plants are affected by the increased ambient temperature.

Using parabolic trough technology with demineralised water under pressure as the working fluid, the CSP plant is expected to generate about 3 GWh per year, which will be sold to NV Energy through the existing 20-year Power Purchase Agreement.

SkyFuel is supplying the parabolic trough solar field that will be integrated into the heating loop of the Stillwater geothermal plant. The solar field has been designed to return the temperature of the brine from the geothermal wells to its original design point; thus recapturing the full capacity and economic value of the existing turbine generator.

“Parabolic trough collectors are considered the ideal technology for hybrid applications because of their wide temperature range capability and ability to scale to almost any size of thermal load,” SkyFuel said in a statement.

All equipment for the solar troughs have been delivered according to the Colorado-based manufacturer, and works have already started on the project, which is expected to be operational by the end of 2014.

Hybridizing Enel’s geothermal plant with CSP specifically should bring about significant advantages. According to the Concentrated Solar and Geothermal Hybrid Power Project report, published in the Geothermal Resources Council (GRC) Transactions, a CSP system in binary geothermal plants could heat the working fluid to a higher temperature to produce more output.

CSP can also reheat the spent brine in binary power plants – either directly or via a working fluid – and allow all or part of the brine to be recycled back into the power plant and re-injected into the reservoir at a higher temperature.

“Reinjection at higher temperatures could offset the need for the expense and risk exposure experienced when using acid for brine pH modification,” the paper states. In all cases, hybridization reduces the stress on the reservoir by either producing more power or increasing the temperature of the re-injected brine, which in turn raises the temperature or pressure thermodynamics of the reservoir.

The list of advantages goes on: CSP can extend the life of the geothermal reservoir by reducing the need to drill additional production wells or relocate injection wells.

It can also offset parasitic load – making more megawatts available to the market and lessening the negative impact of reduced output during summer peak. Supplementing the parasitic load with CSP, according to the GRC report, can be especially useful in dry climates where water in scarce, since it can lower the costs of buying and treating water and notably reduce the rate of reservoir depletion due to evaporative loss.

In addition, CSP works best in areas with high solar radiation, such as the southwest United States, where geothermal power plants exist as well as geothermal potential.

“We think this kind of hybridization could be replicated in most of our geothermal plants worldwide, especially those located in areas with conditions similar to Nevada. Thanks to this integration, natural depletion of geothermal wells can be balanced by adding solar thermal capacity to the geothermal existing plants,” explains Bizzarri.

The market potential is indeed huge. As of April 2014, just over 12 GW of geothermal power was operating globally in addition to several hundred megawatts in the final stages of construction, according to the Geothermal Energy Association.

Due to the risk inherent within geothermal well development, hybrid systems can add considerable value to existing geothermal wells that have accrued investment expenses only to realize below-viable production levels because of inaccurate resource evaluation. Hybrid systems can also boost the performance of geothermal reservoirs where output has been reduced due to poor management.

Even if carefully managed, reservoirs often require relocation of production and reinjection wells to maintain output – an issue which can affect the plant’s overall bankability. Hybrid systems, therefore, are ideal since they delay or eliminate the need to drill new wells or resign re-injection systems, thereby improving the project’s long-term feasibility.

Several demonstration projects are now underway in the United States to evaluate the feasibility of combining CSP and geothermal energy in hybrid power plants. Enel, however, has taken the leap – by investing in a first-time, commercial-scale CSP-geothermal project.

“The main challenge was to analyze different hybrid concepts and to choose the best one for this specific application, both from a technical and economical point of view, without any reference case already developed,” notes Bizzarri.

He adds that coupling CSP with geothermal energy when the geothermal facility is already operational is quite easy if this aspect has been studied in depth during the engineering phase.

“Our CSP plant is thought to work without any negative influence on the geothermal plant,” notes Bizzarri, adding that Enel Green Power will keep following the evolution of CSP technology with an eye on possible future development.

Headquartered in Italy – where geothermal energy was first harnessed for industrial purposes in back in 1904, with a plant still operational to this day – Enel Green Power operates one of the largest geothermal group of plants in the world, through 34 facilities totalling about 769 MW.