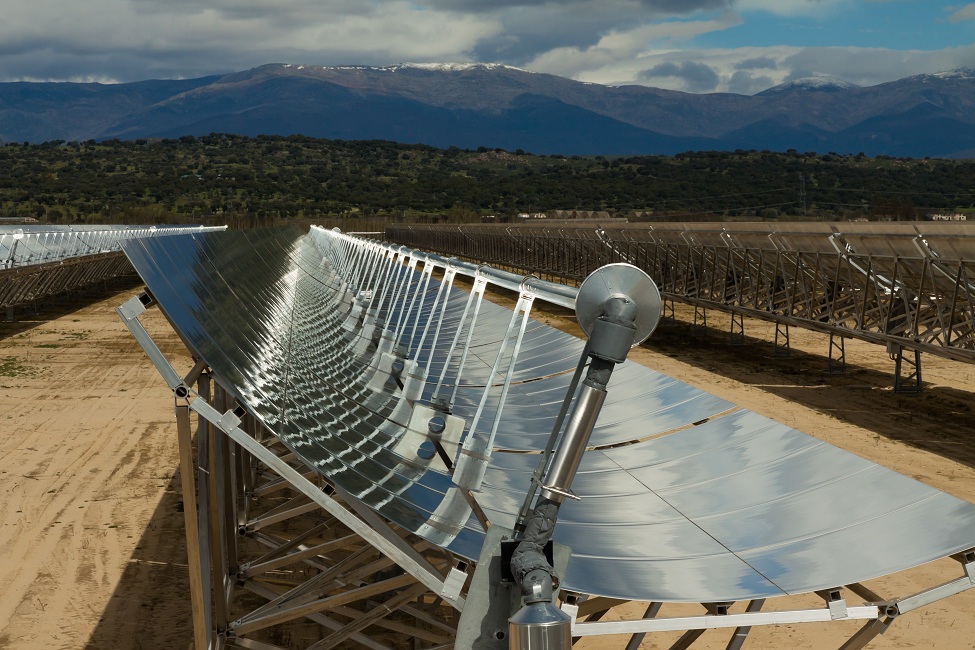 U.S. developer Wilson Solarpower aims to lower the generation cost of its 247Solar Plant design to $50/MWh-$60/MWh, the company said in a statement.

Wilson Solarpower has demonstrated that its 247Solar Plant can produce power at a cost of under $70/MWh and lower costs may be achievable with further development and mass production, it said.

"The Plants use mostly proven, mass-produced components with minimal on-site deployment costs and little impact on the land... all 247Solar Plants are identical and are erected quickly, like wind [turbines]," Wilson Solarpower said.

247Solar Plants can be sized as small as 400 kWe to provide distributed power adjacent to load while also providing waste heat from the turbines in combined heat and power (CHP) applications.

The systems use compressed hot air rather than steam to drive turbines, reducing water consumption.

Wilson Solarpower recently completed Phase 2 of its US Department of Energy (DOE) grant program which provided $3.9 million for the development of key components to increase modular size and system efficiency.

The testing will aim to show higher efficiencies through higher temperature steam than produced on earlier systems, and optimal control of the energy storage system.

"The testing will be conducted through March 2017 under contract from the Ministry of the Environment as a [full-year] 2016 project under its 'Low Carbon Technology Research and Development Program,'" the company said.

Spain's Abengoa has signed an agreement with major creditors in its bid to restructure and fend off insolvency, the company said August 11.

Investors including Elliott Management Corp., Centerbridge Partners LP and Varde Partners LP have agreed to provide $1.2 billion euros ($1.3 billion) of new loans in exchange for a 50% stake in the company, according to a regulatory filing cited by Bloomberg news agency.

Abengoa expects to win the support of 75% of its creditors for a restructuring plan by September 30, the company said in a conference call August 16.

Abengoa filed for Chapter 11 and 15 bankruptcy protection at a U.S. court earlier this year and the company has already announced the sale of its participation in the Shams-1 thermo-solar plant in United Arab Emirates, as well as its Campos Palomas wind farm in Uruguay.

The struggling Spanish renewable energy firm employed about 28,000 people globally in 2015 but has since implemented cost cuts affecting more than a third of its global workforce. Abengoa currently employs some 17,000 workers worldwide – of which 5,000 in Spain – but is hoping to cut more jobs by selling assets and through voluntary departures and lay-offs.

Existing shareholders will be left with about 5% of company ownership, it said.

"The postponement is purely on conditions precedent not being met," Eskom said.

The REIPPPP has thus far procured 3.4 GW of wind, 2.4 GW of PV and 400 MW of CSP. The Northern Cape province in the north-west hosts 65% of the procured solar PV capacity and 100% of CSP projects.

To date, Eskom has contracted for 3.9 GW of renewable capacity, of which 2.1 GW has been connected to the grid, it said in its statement.

Faced with ongoing financial difficulties, Eskom has not matched the expansion in renewable energy capacity with necessary strengthening of the power grid, particularly in the sun-drenched Northern Cape, where PV capacity has soared.

The U.S. Department of Energy has awarded $9 million in research funding to six CSP collector projects through its Sunshot Initiative to lower the cost of solar power, DOE said July 28.

The funding will be used for the design and manufacture of lower cost solar collectors, which account for up to 40% of the total plant cost and are the largest capital cost component of CSP plants, DOE said in a statement.

"These new [collector] programs, developed within the SunShot Initiative, provide a framework for post-2020 technical and cost-reduction goals," DOE said.

The Sunshot Initiative aims to help lower the cost of utility-scale solar to $60/MWh by 2020 and funding has been provided to PV and CSP projects.