A team from the University of Colorado in Boulder is touting CSP as a way of splitting water to produce hydrogen that can be used as an energy source. 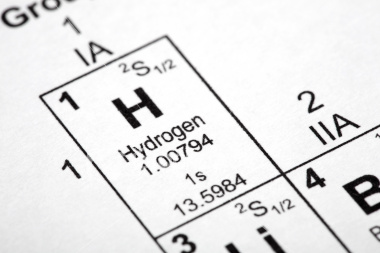 The basic idea behind CSP is fairly simple. Concentrate sunlight onto a point so it warms a heat transfer fluid (HTF). Then use the heat from the fluid to drive a turbine. With storage, some of that heat is set aside (in the HTF or a different medium) for later use.

But a concept dreamt up by a team from the University of Boulder in Colorado shows that there could be other ways of getting energy from concentrated sunlight.

Specifically, a group led by Professor Alan Weimer, of the chemical and biological engineering department, is advocating the use of a solar field and tower arrangement to power a chemical reaction that will release hydrogen, a potential fuel source.

The team’s proposal, published in Science last month, involves generating 1,350ºC in a central receiver so that a bed of metal oxides would release oxygen.

The addition of steam to the system would see oxygen from the water molecules re-binding to the oxides, freeing up hydrogen gas that could be collected for use in a range of commercial applications, including power generation.

The process is an improvement on current methods of obtaining hydrogen from water, which involves two stages: heating the metal oxides first then cooling the system before injecting steam into it.

“The more conventional approaches require the control of both the switching of the temperature in the reactor from a hot to a cool state and the introduction of steam into the system,” said the paper’s co-lead author Charles Musgrave in a press statement.

“One of the big innovations in our system is that there is no swing in the temperature. The whole process is driven by either turning a steam valve on or off.”

Weimer says the main advantage of the setup is its improved efficiency compared to using CSP power to drive the hydrogen production process.

“To make H2 from CSP, the efficiency is 18% solar to electric and then 70% to drive an electrolyser, so overall about 12%,” he states. “In our process, we directly drive a chemical reaction with concentrated sunlight so there is no efficiency loss going to electricity.

“Solar-to-receiver efficiency is 40% and then receiver chemistry is targeted at 50%, so overall it’s 20%.”

Weimer’s team believes it would be possible to produce 100,000 kilos of hydrogen a day using a five-tower plant with 2 million square metres of heliostats on a 1,200-acre site.

“I was chief technology officer at that time. They have since converted to low-cost natural gas resulting from all of the fracking.”

He adds the concept would aim to deliver hydrogen at a cost of USD$2 per kilo, or a $2 per gallon of petrol equivalent, “comparing a fuel-cell car mileage with $2 per kilo of hydrogen to an internal combustion engine mileage per gallon of gas.”

And that is possibly one of the shortcomings of the concept, says Matthew Feinstein, an analyst at Lux Research in New York. “This is something we have seen a few times before,” he notes. “It has been happening for a while and is not a brand new idea.

“Here it’s obviously being done on a large scale. But there are a few questions; notably, what are you going to fuel with the hydrogen? There’s not a lot of hydrogen fuel cells out there.”
That is true. Like ammonia, hydrogen is widely recognised for its potential as a fuel, but real-life instances of it being employed are still few and far between. Nevertheless there are a few signs of growing use.

In recent weeks, for example, a company called Redox Power Systems and a team of researchers from the University of Maryland unveiled a fuel-cell system called The Cube that can run off hydrogen and is being commercialised at a tenth of the cost of previous systems.

And in Rotherham, UK, a firm called ITM Power has won a contract to operate a hydrogen mini grid system on behalf of the country’s Homes and Communities Agency. Clearly, these isolated instances hardly add up to a massive global market for hydrogen.

But with the search on for real alternatives to hydrocarbon fuels in areas such as transportation, it is just possible hydrogen’s fortunes could rise within the time it would take to commercialise Weimer’s concept.