Lebanese engineering firm Phoenix Energy has developed a dish Stirling CSP system for off-grid use but its mass production is being held back by the lack of competitively priced 1-5 kW Stirling engines, Dany Kaddoum, project manager at Phoenix Energy, said. 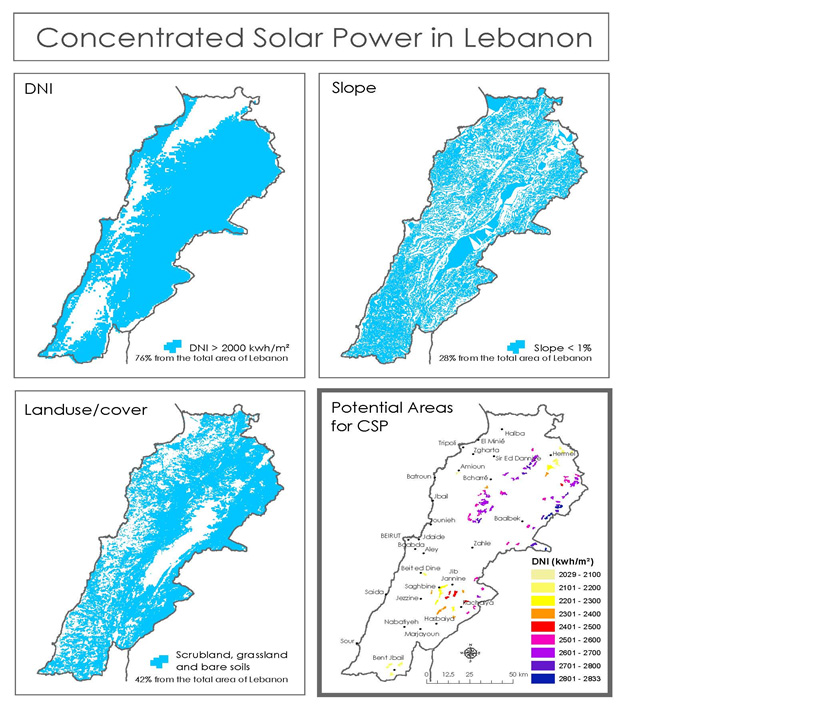 By the time Phoenix Energy decided to market a commercial version of its system, Stirling Energy Systems had filed for bankruptcy.

Stirling Energy Systems, Innova, and Infinia ended operations in late 2013. Many solar firms around that time felt the impact of a 12 to 19% annual drop in PV system prices.

“Concentrated systems have much higher conversion efficiencies than current PV cells, and from the same area, you can probably yield 1.5 or 1.6 more power from CSP systems than PV. Also, Stirling engine has the highest efficiency among all CSP systems and does not require water for cooling.”

The fixed-focus parabola design mean the Stirling engine sits on the floor day and night without rotating with the parabola.

Typically, Stirling dish systems follow the sun, which makes them heavy and requires complicated electronics.
But in Phoenix’s design, the parabola doesn’t have to hold the engine and the structure is therefore lightweight and easy to manufacture in smaller workshops, according to Kaddoum.

The customer would buy the components and put together their own system, he said.

The most innovative part of the design would overcome one of the biggest challenges with dish Stirling – the lack of energy storage capability.
By coupling the engine with a DC generator, the power can be stored in batteries and used later, essentially working like an off-grid PV system.

“Our design is meant for remote and rural areas, where you don’t have access to high-tech. The Stirling engine would have a battery charger. All you need to do is bring a 12 or 24-volt car alternator from any electric repair or car workshop, link it to the shaft of the engine, and charge it,” Kaddoum explained.

“Our dish Stirling is not meant for utility-scale use; it is designed for household use to provide remote and rural areas, whether in Lebanon, India or African countries, with a reliable solar-to-electricity solution that is low-cost and low-tech.”

The design is based on the Sheffler reflector, originally designed for cooking using a parabola and a fixed point reflection.
The Phoenix Energy parabola measures 10-16m² in size and yields about 1kW of power, enough to supply a family of five or six.
“Instead of putting a pot for cooking, we put a Stirling engine,” said Kaddoum.

As a mechanical engineering company, Phoenix’s idea was to deliver the dish as a ready-to-assemble package, so that the average technician would be able to put it together.

The company intended to mass-produce the Stirling engine at a reasonable price, and provide it as a DIY kit that could be set up in two days.

“A dish Stirling power plant is made of two components – the parabolic dish and the Stirling engine. The dish is really low-tech, anybody who handles a bicycle shop can produce it,” Kaddoum said.
“The challenge we are facing at the moment is with the Stirling engine itself. We can’t find a supplier; all companies that manufacture them have gone out of business,” he said.

“We bought a couple of Stirling engines from a German company called EPAS; they had built about 30 or 40 engines in total. Later on, when we needed additional units, they no longer existed,” Kaddoum said.

Phoenix Energy bought these engines around ten years ago, when they were priced at $5,000 to $6,000, much higher than an equivalent 1kW PV system. The price would not be much different today given the limited development that has taken place.

“From a technical point of view we’ve proven the concept and made an achievement – we have a running unit,” Kaddoum said.
But he also added the company could not compete against PV systems in terms of mass production.
“People would opt for a cheaper PV system,” he said.

“If we can find an engine at an affordable price, around $1,000, we can produce 100 parabola per month. It’s metalwork and sheet bending, and we have the technique.”

Dish Stirling systems remain the least mature among CSP technologies, despite many years of investigation and a history that goes back to the eighties in the Middle East.

Construction of these systems was completed in 1986 and they continued to operate until the mid-90s.

Nearly 30 years on, dish Stirling CSP has witnessed very limited growth. Only 2 MW of operational capacity was installed worldwide by 2010, proving the complexity associated with the Stirling engine.

“What makes things affordable is mass production,” Kaddoum added.
“If you produce 100,000 Stirling engine units a year, you can drop the price to $1,500. But producing a dozen units a year does not make sense. You need to set up a production facility with a capacity of at least 100 engines a week to be competitive and economically viable.”
Lebanon has significant potential for CSP according to a joint UNDP-CEDRO report.

The paper reveals that the north-eastern city of Hermel receives excellent direct normal irradiance of 2445 kWh/m2/year, higher than the Spanish city of Seville (2089 kWh/m2/year).

A 2014 study carried out by Sweden’s School of Industrial Engineering and Management said solar-powered Stirling engines have considerable potential for application in Bolivia’s rural areas.

Similarly, a report published in 2013 by the University of Oxford suggested biomass-fuelled Stirling engines have potential for off-grid power generation in the range of 5-20kW in remote communities in the developing world.