Does wind plus storage pose a threat to CSP?

CSP developers have traditionally feared competition from PV, but wind coupled with storage is potentially just as great a danger. 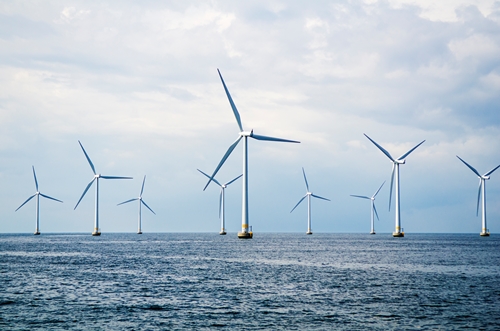 Wind and battery storage could ultimately represent an even greater competitive threat to CSP than PV and batteries, recent levelised cost of energy (LCOE) data reveals.

CSP with storage, which has an LCOE of between $118 and $176, currently commands a premium over PV and wind because its thermal energy stores allow it overcome the problem of intermittency, and be dispatched on demand.

For the time being, the battery storage that could level the playing field for PV and wind is prohibitively expensive. Its current LCOE is between $265 and $324/MWh, comparable to that of diesel generation at $297 to $332.

However, Lazard estimates that by 2017 the LCOE for ‘next generation’ batteries will have dropped to $168/MWh, close to the range for CSP with storage.

Perhaps more importantly, the LCOE for fuel cells, an electrical energy storage technology currently being eyed for use with the wind industry, is already between $115 and $176.

The implication is that the combined LCOE for wind farms with fuel-cell and next-generation battery storage could soon be significantly less than CSP and also PV.

Historically, little consideration has been given to wind as an alternative to CSP. Instead, the CSP industry has tended to view PV as its main competitor.

Certainly, when it comes to issues such as permitting, the two types of generation are broadly comparable, which for example has made it possible for some CSP projects to be converted to PV in the US.

In other respects, though, PV and CSP could be seen to occupy slightly different niches. The high solar-irradiance areas most appropriate for CSP, for example, are likely to boast high temperatures that could degrade PV module performance.

Similarly, the modular nature of PV means it can be widely used in residential or commercial settings, which are markets that CSP is poorly suited to because of the large average size of plants.

Wind, on the other hand, is generally viewed as a grid-scale generation technology, like CSP. In terms of site selection, it too requires large open spaces, although it does not need flat land or high irradiation.

And from an off-taker’s point of view, the technology is attractive because it is relatively mature, with a large number of original equipment manufacturers and operations and maintenance service providers.

All this means wind is in a good position to compete with CSP for power-purchase agreements. The only thing wind has against it is intermittency. But even that is changing.

In a recent report on the wind industry supply chain, FTI Intelligence found a growing interest in energy storage across the sector, both from suppliers and original equipment manufacturers.

"A123 is one of those which has already worked with turbine OEMs in the wind industry," said Aris Karcanias, managing director and co-lead of the clean-tech practice at FTI.

"GE has been developing its own energy storage technology and recently moved its energy storage business into its renewables division, out of its transportation unit, where the technology was originally intended for train locomotives.

"And Siemens has been developing its own energy storage system, although it hasn't been deployed commercially with a turbine yet.”

He continued: “Enercon, the German turbine manufacturer, has also has been developing what is expected to be Germany's largest battery energy storage system with Energiequelle, the grid developer."

For the time being, however, KTH Royal Institute of Technology solar thermal power R&D engineer Rafael Guédez believes battery technology still is not quite up to the task of competing with CSP’s thermal energy storage.

“The problem with batteries is they require more maintenance,” he said. “They aren’t really made to meet large-scale demand.”

Dr Thomas Mancini, principal at TRMancini Solar Consulting, agrees the threat is not imminent. “This depends on the cost of storage,” he said. “Right now, I don't think it is an issue. But in the future, wind or photovoltaic power could provide a very viable option with inexpensive storage.”