Achieving the optimum size for CSP plants is a critical challenge not just from a technology approach but also from a financial point of view. 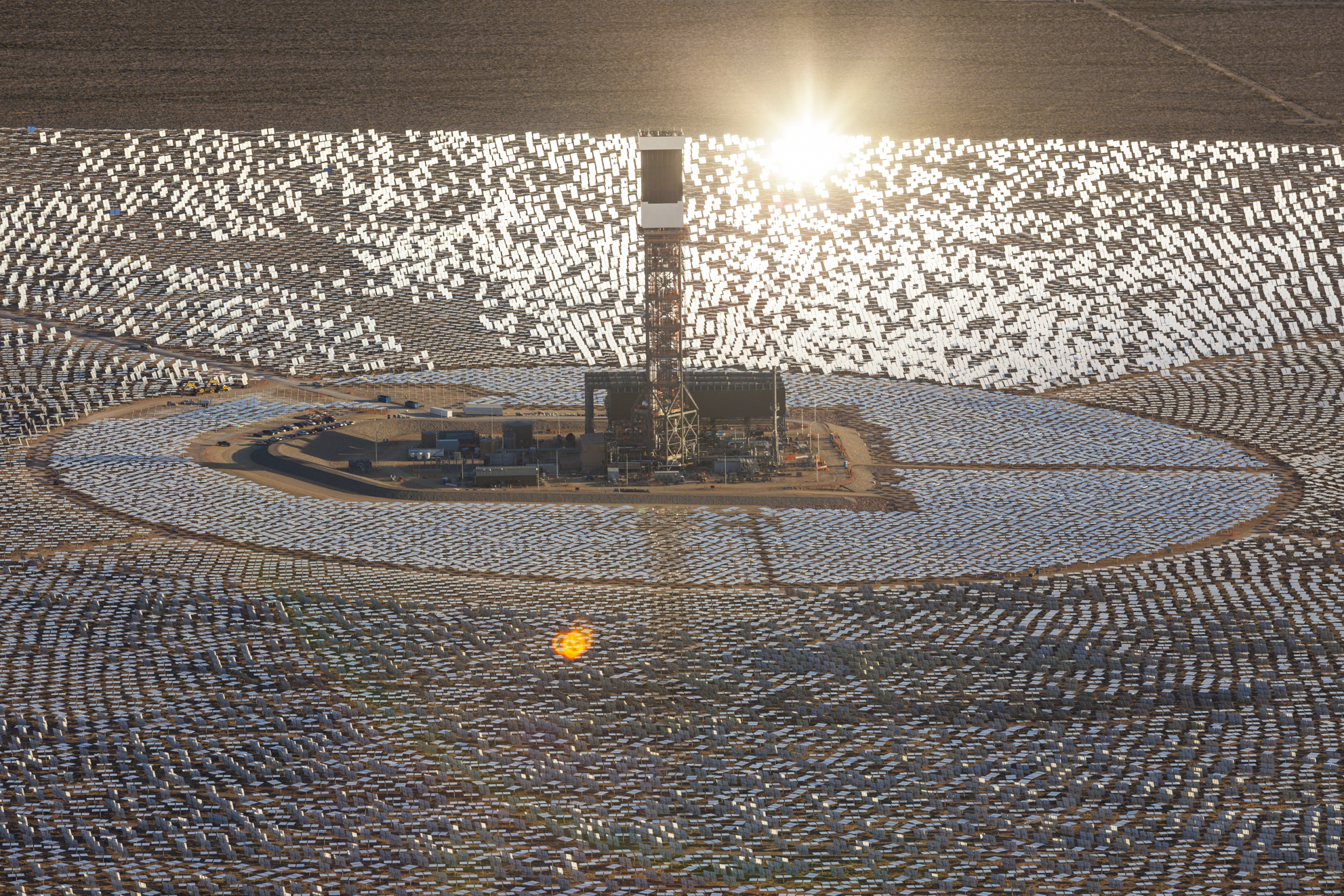 Size really does matter in CSP. You cannot get a solar thermal plant to work one mirror at a time. Either you have the whole system, or you have nothing. So before you begin, it is quite important to have a good idea of how big you want the whole system to be.

And that is where things get tricky. Conventional wisdom suggests bigger is usually better. A larger project allows the developer to wring greater economies of scale from suppliers, which in turn can have an impact on the ensuing, all-important levelised cost of energy.

Furthermore, massive plants may be able to take advantage of other cost-saving innovations, such as dry cooling towers. However, there are technical limits to the size a particular solar field should reach.

In tower projects, for example, as the distance from the heliostat to the receiver increases so does the level of attenuation of the sunlight through the effect of airborne particles.

And in parabolic trough plants, a large solar field may mean the heat transfer fluid has to travel a great distance to get to a turbine or thermal storage unit, resulting in energy losses.

These technical constraints are only part of the size conundrum, though. Economics also play a significant role. Even with economies of scale, larger projects are significantly more expensive than smaller ones, creating correspondingly greater risks for investors.

This explains why some developers prefer more modular CSP concepts such as multi-tower projects.

But going too small also has its hazards, says Jenny Chase, a Bloomberg New Energy Finance solar insight manager. “In the main the technology is really hard to deploy at small scale, because you just can’t get the temperature high enough,” she points out.

“The other issue is that you are buying steam turbines. They don’t make small steam turbines, at least not for a competitive price. So you are looking at a minimum size of about 50MW even to be worth having a decent-sized steam turbine.

“That is a big problem to solve, the fact that you cannot roll it out a few kilowatts at a time.”

Consequently, Gus Shellekens, director of the sustainability and climate change team at PricewaterhouseCoopers UK, believes the industry could do worse than revisit dish Stirling, the only truly modular CSP technology, as a way to compete effectively with PV.

“One of the negatives around big CSP projects is the time it takes for construction,” he says. “What is interesting is that some of the solar dish technologies are modular. The fact they mimic PV implies that you can have them up and running in a short space of time.”

Whatever the scale, it appears the importance of financier concerns over project scaling in CSP cannot be overstated. In the 1980s, for example, a German firm called Schlaich Bergermann and Partners (SBP) piloted a CSP technology called a solar chimney or updraft tower.

Under test conditions, the 50kW prototype in Manzanares, Spain, performed admirably, delivering power for more than twice its anticipated lifespan and even demonstrating built-in thermal energy storage capabilities without the need for media such as molten salt.

The problem with solar chimneys, SBP discovered, is that they only become economical at a large scale. Director Rudolf Bergermann says a 200MW chimney could deliver power at €0.10 or less per kilowatt-hour.

However, a plant of this size would cost upwards of €750 million, and investors are unlikely to be keen to put their hands in their pocket for a projects that big involving an unproven technology, even though its basic principles are much more straightforward than for other types of solar power.

“The technology is rather simple,” says Bergermann. “The main parameters of such a plant, such as the temperature increase under the collector and the air velocity at the chimney, vary by only a factor of three between a small plant and one of 200MW.”

Bergermann says SBP is still pursuing potential solar chimney projects in Australia and North Africa, while another company, EnviroMission, is looking to commercialise the technology in Texas, USA.

Referring to BrightSource Energy’s 392MW Ivanpah Solar Electricity Generating System power tower concept, says Chase: “BrightSource did well to get the loan guarantee to build such an enormous project to really test their tech at a scale that makes sense.

To respond to this article, please write to Jason Deign