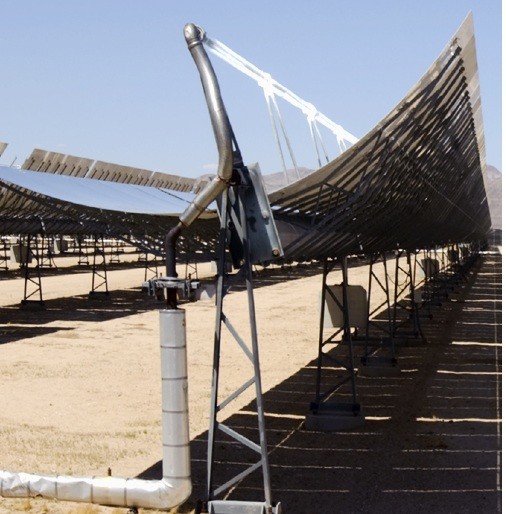 ACWA Power led the development of the project in a consortium which included several South African investors.

"Bokpoort CSP plant is the first in a series of investments in the power sector that ACWA Power is making in South Africa.

The company is expecting to commence construction on the 100 MW Redstone CSP Project, also in Northern Cape, and is awaiting the outcome of tender submissions for a 300 MW coal-fired plant in Mpumalanga and another 150 MW CSP plant also at Northern Cape," ACWA Power said.

The Bokpoort project was allocated in the second round of South Africa's Renewable Energy Independent Power Producer Procurement Program (REIPPPP), which was launched in 2011.

South Africa’s government aims to procure 13.2 GW of renewable energy by 2025, and aims to build 1.2 GW of CSP capacity. Around half of this CSP capacity has been allocated and a further 450 MW is expected to be allocated in the coming months following the latest tender round held in 2015.

New lower-cost heliostats have fewer components and can be installed much faster than previous versions, the company said.
Dual axis trackers will be used to provide 360-degree positioning and will be rechargeable using a lithium-ion battery.

"At Ashalim, each of the 50,600 heliostats positioned in the 3.15-square-kilometer solar field will communicate wirelessly with the SFINCS. The wireless system reduces cabling by as much as 85% in the solar field, further reducing costs and accelerating the construction schedule," Brightsource said.

GE is responsible for the engineering, procurement and construction (EPC) of the plant, which includes the supply of key equipment such as the Solar Receiver Steam Generator and the Steam Turbine.

GE will also provide full operations and maintenance (O&M) activities for a period of 25 years. The facility is located on Plot-B of the Ashalim solar complex, which includes two solar thermal projects (Ashalim Plot B and Ashalim Plot A), and one photovoltaic project.

The three Ashalim facilities are expected to produce around 300 MW of power, approximately 2% of Israel's generation capacity.

The California Public Utilities Commission has unanimously approved a deal between Pacific Gas & Electric (PG&E) and the owners of the 392 MW Ivanpah plant that gives the plant operators more time to increase electricity production, according to reports.

Under a forbearance agreement, the operator has been given an extra six months to raise production to meet its obligations to the utility, according to reports. In return, PG&E will refrain from declaring its Power Purchase Agreement (PPA) is in default, the reports said.

Power from Ivanpah’s Units 1 and 3 are being sold to Pacific Gas & Electric under two long-term PPAs, while the electricity from Unit 2 is being sold to Southern California Edison under a similar contract.

Ivanpah is the largest operational solar thermal power plant in the world. The plant was constructed by Bechtel and is operated by NRG Energy, one of the project's equity investors.