Oman warming up to CSP; Developers lining up projects in Australian state of Queensland 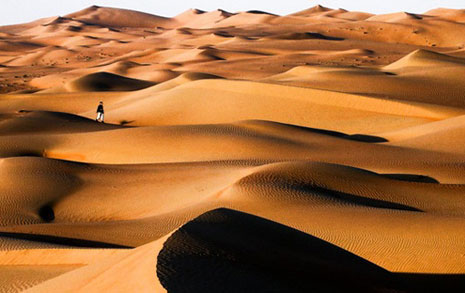 Oman warming up to CSP

Another Middle Eastern country is warming up to concentrated solar power, with Oman planning to generate 90 MW of electricity from renewable projects by 2019, according to a top Siemens official in the country.

Oman’s experiment with new models in partnership with the private sector and its eagerness in adopting new technology and getting involved in research could pave the way for large-scale renewable projects, Markus-Erich Strohmeier, chief executive officer of Siemens Oman, told the English-language Times of Oman newspaper.

“The Sultanate has long looked to renewable power projects to achieve energy independence, while maintaining steady hydrocarbon exports. With several pilot solar projects, the renewables sector could soon enjoy a period of strong private expansion,” Strohmeier was quoted as saying.

“As part of Siemens Gamesa, we can provide end-to-end turnkey solutions, handling the design, engineering and commissioning of the solar power plants. For instance, we are the leading supplier of steam turbines for Concentrated Solar Power (CSP) applications; a technology we are certainly keen on bringing to Oman,” he said.

As the Times pointed out, Siemens Gamesa recently won a tender to develop India's first large commercial hybrid wind-solar project, where a 28.8 MW solar facility will be connected to an existing 50 MW wind farm.

Referring to the advantages of renewable energy projects in the Sultanate, Strohmeier said the country’s shift towards renewables made a great deal of sense. The Sultanate enjoys high levels of solar irradiance, and has sufficient land available for large-scale projects.

More than 80% believe world should run only on renewables

Eighty-two percent of people believe the world should run entirely on renewable energy, according to a survey of people in 13 countries commissioned by Denmark’s Ørsted (formerly Dong Energy).

Support came from all surveyed age groups, educational backgrounds countries and political segments, Orsted said. Of the countries covered in the survey, support was highest in China, at 93%, and lowest in Japan, at 73%. Some 83% of Americans said they support a world completely powered by green energy.

Henrik Poulsen, CEO of Ørsted said, “We’re at a tipping point. Green energy has become cheaper than black, and the newly released Green Energy Barometer shows an overwhelming public support for a shift from black to green. We owe it to the planet and to future generations to transform our energy systems from black to green. And with the economics and public opinion now supporting a shift to renewable energy, there’s no reason not to speed up the transformation.”

Edelman Intelligence, a global insights and consultancy firm, conducted the research on Ørsted's behalf. More than 2,000 interviews were conducted in each country, with 26,401 people interviewed in total.

Developers lining up to propose projects in Australian state of Queensland

SolarReserve said it is looking at sites across the Australian state of Queensland to develop up to six solar thermal facilities. It said these facilities would represent a A$3.8 billion (US$2.9 billion) investment in the next 10 years, and that  the projects will deliver up to 900 MW of fully dispatchable firm renewable electricity, creating up to 24,000 direct, indirect and induced jobs.

The developer made this latest announcement one day after Queensland’s governing Labor Party promised that if re-elected, it will commit up to A$50 million to support a baseload solar thermal power station that will be able to power Queensland even at night. It also promised to create a publicly owned power generation company with a mandate to deliver 1,000 MW of new renewable energy projects for Queensland.