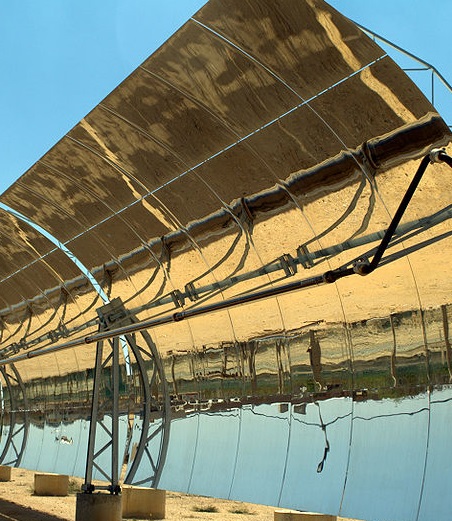 Developers of large-scale renewable energy projects in the Gulf Cooperation Council (GCC) must use innovative financing structures to minimize costs amid a growing demand for funding, the International Renewable Energy Agency (IRENA) said in a report on the Middle East region, published January 15.

Large-scale solar projects in the GCC region are already benefiting from attractive financing conditions. Interest rates for these projects have been in a competitive range of 120 to 200 basis points above Libor, while loan tenors are often over 20 years, IRENA said. Debt-to-equity ratios have ranged between 70% and 86%, it said. 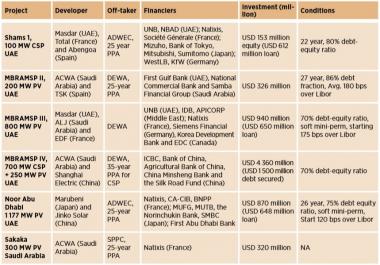 The 35-year PPA for the project is around 10 years longer than typical arrangements and the tariff price is compartmentalized to reflect the different technologies and local demand profile.

As the Middle East renewable energy market matures, lenders should use progressive financing mechanisms, such as soft mini-perm loans which encourage developers to refinance after a set time, to lower lending costs, IRENA said.

Developers could also use green bonds to access long-term non-bank capital, potentially at a lower cost, the agency said. These have already been used to finance renewable energy projects in Morocco and South Africa, it noted.

"In the GCC region, the green bonds market is in the beginning stages, but has already seen a large green bond issuance. The [First Abu Dhabi Bank] has issued the first green bond in the Middle East valued at $587 million in 2017," IRENA said.

Led by the National Renewable Energy Laboratory (NREL), the researchers will collect information from a wide range of stakeholders, including developers, operators, EPC companies, suppliers, and investors.

The research project is scheduled to last 12 months and is co-funded by the World Bank and the SolarPACES CSP initiative.

The solar concentrator consists of a 10-meter diameter high-flux solar furnace which can focus solar energy at very high temperature to a lower point fixed to the ground. The solar disk turns around the focal point, which is easily accessible therefore improving the potential for energy storage and other applications, the project partners said in a statement

Over the next 12 months, the researchers will test the performance of the concentrator and demonstrate certain applications.