When will CSP take off in emerging markets?

Many countries seem to have the ideal conditions for CSP: high DNI, vast stretches of empty land, and an urgent need for alternative energy sources. So why aren’t these markets adopting the only renewable energy technology that can produce power around the clock? 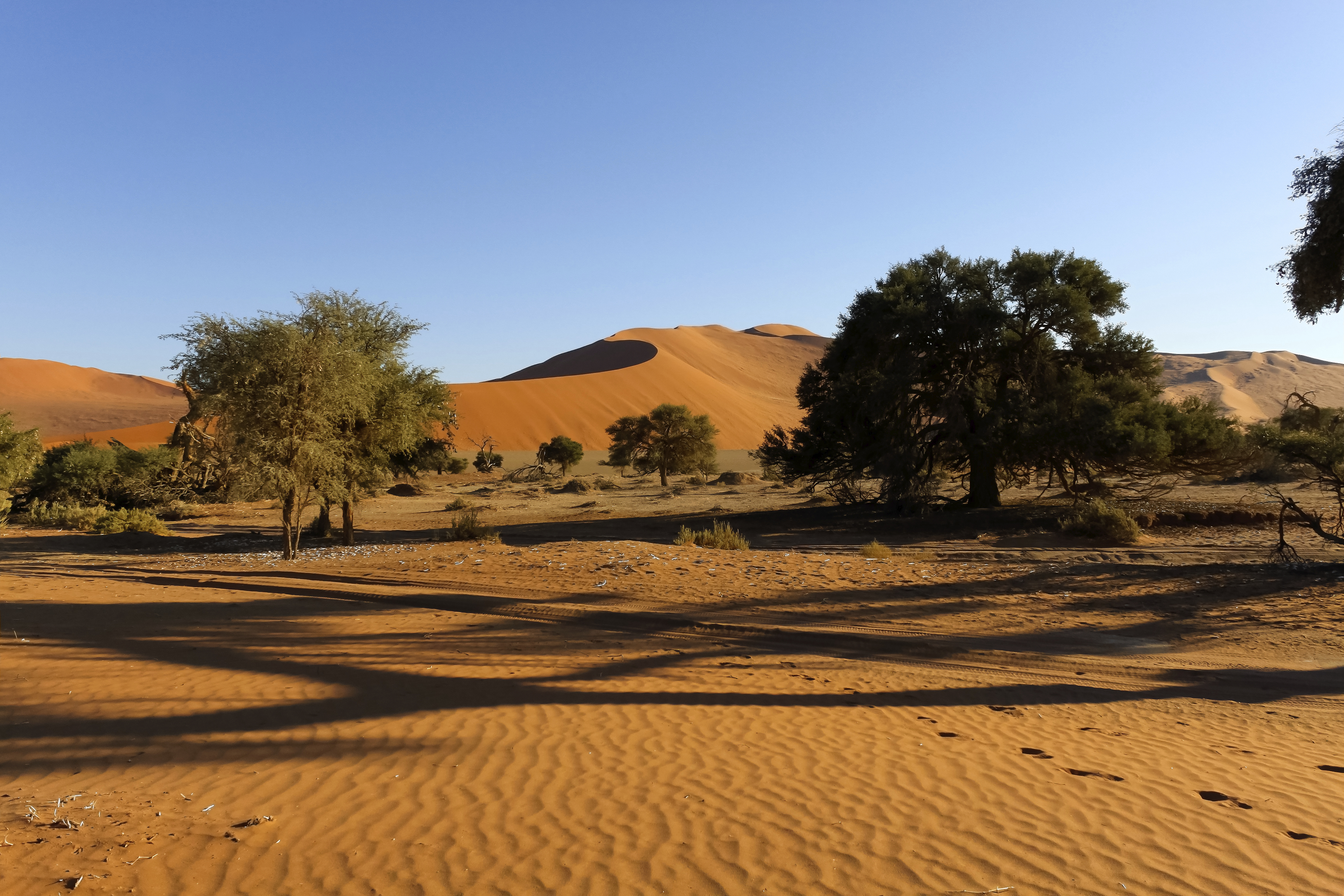 Namibia has excellent solar resources and as much as 250 000 km2 of CSP-suitable land area. Image: Namib Desert, Namibia. Source: iStock.

Let’s take Namibia, for example, a country that covers an area of 825,418 km² and is blessed with extraordinary solar resources – almost 3,000 kWh/m² day in the southern part – second only to northern Chile.

Taking into account all parameters of site selection, including irradiation, slope, soil type, power evacuation facilities, and access infrastructure, the Sub-Saharan African nation was found to have more than 33,000 km² of available sites for CSP development, with potential for 250,000 MWe of CSP projects.

The findings were made through a 2012 pre-feasibility study for the CSP Technology Transfer for Electricity Generation in Namibia, a project endorsed by the Global Environment Facility (GEF), a World Bank administered fund, and the Government of Namibia.

The project has clearly faced some delays, as the duration was originally scheduled to run from 2013 to 2016.

“The target, if all goes according to plan, is to have the first plant to start construction realistically from around 2018,” Hamutwe Jr. told CSP Today.

“We want to start with minimum 50-100MW plant. We are also busy doing an analysis on which CSP technology is most suitable for Namibia, and are in the process of preparing calls to appoint companies to work on EPC.”

A variety of factors will come into play when determining the most suitable CSP technology for the pilot project, including the capacity of the electric grid, which will dictate the size of the CSP plant.

“If the grid is limited, this implies you should design the CSP plant with the right capacity to feed into the limited grid system,” explains Dr. Zivayi Chiguvare, director of the Namibia Energy Institute at the Polytechnic of Namibia.

Zimbabwe, like Namibia, has also suffered from frequent power outages over the past decade. Yet a study recently found that the country has as much as 250 000 km2 of CSP-suitable land area, which if only 10% of was used, could generate at least 71.4 GW of CSP.

Because of its grid size, however, Zimbabwe will ideally attract medium-sized renewable power plants, in the range of 5 to 20MW, according to Eng. Trust Chifamba, managing director of H.T. Power & Industrial Engineering and one of Zimbabwe’s pioneering CSP engineers.

Scalable CSP technology, therefore, seems to be the best option for emerging markets, allowing them the flexibility needed at early stages of deployment.

“In a limited or underdeveloped grid infrastructure, any solar technology with an easily modified power output profile is preferred and for this, storage is required,” says Steven Meyers, researcher at the University of Kassel in the Institute of Thermal Energy Engineering, with a special focus on the solar heat integration into industrial processes.

“It is hard to say which technology is better for this, given the many variables within a CSP project,” he adds, “but a power tower with storage seems to be the trend for lower cost CSP with storage.”

“Given their higher operating temperatures leading to a higher degree of thermodynamic efficiency, towers with steam or molten salt are expected to be able to compete commercially with fossil fuelled power generation technologies,” the report reads.

“When a country has a desire to diversify its energy portfolio or decrease fuel consumption, they will always look towards the cheapest way to do this (lowest hanging fruit), which is currently by PV and wind, if the resource is available.”

Once a certain penetration rate is met within the grid, he says, energy storage would be needed to help regulate the grid. “This penetration rate has not been met yet in emerging markets, so CSP has thus not garnered too much interest at this time.”

The call for hybrid

According to Hamutwe Jr., the final choice of CSP technology will depend on the results of ongoing feasibility studies, although power towers and parabolic troughs are more likely to be considered, especially if hybridised to cater to storage and production-hour shortfalls.

Hybridized CSP is a logical option for emerging markets rich in natural energy resources, whether oil and gas as in the case of the GCC region, or biomass, as with many Sub-Saharan African countries.

Eng. Chifamba is among the proponents of hybrid CSP. “With hybridized systems, you get more capacity factor than in solar only, and thermal energy storage (TES) for 24-hour availability is still too expensive to be commercially viable. The situation could, however, change with improvements in TES technology”.

The fact that Zimbabwe has huge, untapped gas reserves makes the debuting of gas technology imminent. “What better plan than to combine it with the huge untapped solar potential?,” suggests Chifamba.

In the GCC region, only Kuwait and Saudi Arabia have announced Integrated Solar Combined Cycle plants, and the pace of development has been slower than expected.

Meyers explains: “At the current price of oil, the installation of a CSP hybrid in Saudi Arabia or Kuwait is not as economically justified as it was six months ago, since the opportunity cost of selling this displaced oil on the open market is less financially attractive. However, there are benefits to building such a plant now, as oil prices perpetually rise, experience is gained regarding the facility’s planning, construction, and operation.”

“Another issue towards these hybrid plants, as noted above, is a lack of local knowledge toward the project planning, construction/integration and operation of such a facility, which will slow down its initial acceptance and development within a country.”

Indeed, a better understanding of CSP could open many doors, as Dr. Chiguvare affirms: “investors and policy-makers need to be convinced on the positive returns that arise from investments in CSP plants despite the high upfront costs.”

Namibian experts agree that the local energy policy, regulatory sector and transmission networks are generally conducive for the deployment of CSP installations.

Temporary obstacles, meanwhile, include unavailability of site-specific, bankable solar resource data, and the lack of local technical personnel and expertise, which has hampered R&D in CSP development.

“Namibia needs to position itself in terms of acquiring bankable solar resource data - and even complete EPCs for some of these sites and be able to promote them as ready-to-invest packages to potential investors in CSP plants,” elaborates Dr. Chiguvare.

To address the lack of solar resource data in Namibia, plans are underway to conduct ground measurement studies starting from 2015 at various strategic sites in the country.

While every emerging market will have its own unique scenario, the key to a wider adoption of CSP currently lies in two routes – the first in reducing costs to a point where such markets can invest.

The second way, according to Meyers, is to expand the focus of CSP to include thermal energy integration into industrial processes. In this manner, thermal energy can be directly utilized at fairly high efficiencies, at a more competitive price versus fossil fuel and PV.

“This diversification can allow CSP companies to expand their potential project possibilities, allowing for more business to be won and increased refinements on their technology.”