What does Areva’s CSP exit mean for India?

Areva’s decision to quit its solar business shook the global industry, from linear Fresnel proponents to project developers using the company’s technology. But what does the announcement mean for the country? 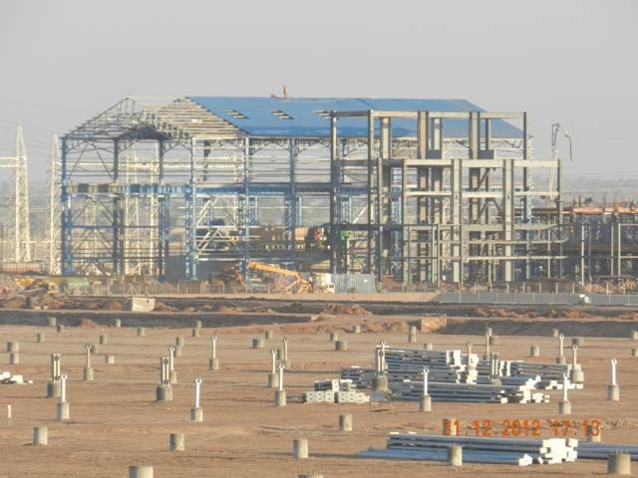 Regardless of the recent events, India still needs CSP as much as it did when it first launched the JNNSM, for numerous reasons, including its dependence on diesel and coal imports for power generation, the soaring electricity demand, the potential of usi

It may have been impossible to see it coming. Only 10 months ago, Siddhartha Ghoshal, the managing director of Areva Solar India, declared that solar thermal costs in India had fallen by up to 35% since 2010.

In December 2013, the French group was still positive, announcing it had achieved the first steam production at its 125 MW CSP plant in Rajasthan. And last February, Jayesh Goyal, global vice president for sales at Areva Solar, said that the plant was set to be commissioned by March, after successfully withstanding two sandstorms at the site in the Thar Desert, and having commenced steam blowing.

The project, however, is yet to be commissioned. In an emailed statement dated on 08/08/2014, Reliance Power said that the plant was in “advanced stages” and that they have been working to synchronize it early next month, depending upon weather conditions.

The Reliance-Areva Solar project managed to gather total financing of US$ 414 million. Of that amount, foreign investors contributed 70%, India’s Axis Bank 5%, and the project developer, Reliance Power, 25% in equity.

The U.S. Export-Import (Ex-Im) Bank alone agreed to provide a US$80 million loan (or a 19% share) that was tied to the U.S. Treasury pricing, on the condition that Reliance purchases goods from U.S. exporters, in this case Areva Solar Inc.

Although the long-maturity foreign debt provided by US Ex-Im bank – as well as Asian Development Bank and Dutch development bank – reduced the project’s overall financing risk, it did not necessarily elimate the technology risk.

“The project is the first of its kind in the country and the first at this scale for the technology supplier, hence making timing and cost estimates highly uncertain,” states the Climate Policy Initiative’s case study of the project that was prepared for San Giorgio Group and published in March 2014.

“We find that the amount of risk taken by the private sector (developer and technology supplier) in this case is much higher than standard practice for similar projects in other countries,” the paper stated.

Reliance Power was in fact planning for two 125 MW CSP plants, together which would make up Asia’s largest CSP plant at a combined output of 250 MW.

Construction on the first project started off smoothly, with Areva stating that it had managed to source as much as 60% of the plant’s equipment locally. This could have been pushed up to 90% if CSP mirrors were available in India, the company said.

However, in May 2013, a year after Areva Solar was awarded the contract by Reliance Power to build the 250 MW installations, the French company put up its solar steam equipment and manufacturing lines for auction through Hilco Industrial Auction House. The company was selling its complete boiler tube plating/coating facility for solar steam generators, which suggested signs of financial trouble.

Now that Areva has discontinued its entire CSP operation, which includes its CLFR technology and solar steam generators, concerns have been looming over the fate of the Reliance project.

According to the San Giorgio Group case study, the willingness of the technology supplier to provide a comprehensive warrantee on the performance of the solar field was unique to this project in terms of risk management.

“The warranty obliges Areva Solar to ensure the expected performance for the plant during the first five years and, if this is not possible, to compensate the developer for the net present value of the revenue losses for the whole duration of the PPA,” the study states.

Meanwhile, an India-based CSP veteran told CSP Today that the project’s stakeholders have been struggling to synchronize the CLFR plant into the grid for several weeks now.

“They are ready with half of the solar steam generators – around 12-13 loops are in service – but they have not been able to get sufficient inertia in the steam parameters. They say that DNI conditions are not good due to active monsoons and frequent passing cloud trains.”

Moreover, the turbine has yet to be charged with qualified steam and Reliance has requested a six-month extension from the MNRE.

On the brighter side, the mechanical work on the balance 20-21 loops is complete, the source said, and so is the power block and switch yard, including grid interface lines. “The plant is almost complete; major investment has gone into it”.

Over the years, several of the International partnerships in India’s CSP industry have not been sustainable. EPC contractor Dalmia Solar Power, for example, had placed an order of 3,000 units of Infinia’s 3.2kW PowerDish system for a 10 MW CSP project under the JNNSM Phase 1.

Infina, however, filed for bankruptcy in late September 2013. And the project, which was targeting operation by December 2012, is still ‘under development’.

Similarly, Suryachakra Power Venture had formed a joint venture (JV) in 2008 with German CSP developer Solar Millennium to set up CSP projects in India and transfer the technology to the country.

The long-term objective of the JNNSM-inspired alliance was to indigenize CSP components, minimize the import of critical parts of the solar field and achieve cost reductions. Yet in December 2011, Solar Millennium announced its bankruptcy, leaving the Indian JV ambitions behind.

“Many large CSP players across the globe like Luz Industries, Solel, Solar Millennium and Siemens failed to stay because the market did not pick as expected and cost remained very high,” an industry expert said.

Even though local developers were not prepared when they took on CSP projects, they did take the initiative to partner with global CSP leaders, some of whom ended up bankrupt or had to terminate business due to financial losses.

Areva Solar, afterall, was pioneering the CLFR, and had begun operating a molten-salt-energy-storage demonstration plant at Sandia National Laboratories’ New Mexico facility as recently as in May 2014.

Regardless of the recent events, India still needs CSP as much as it did when it first launched the JNNSM, for numerous reasons, including its dependence on diesel and coal imports for power generation, the soaring electricity demand, the potential of using CSP in offgrid and industrial applications, and the dispatchability that can be achieved through storage.

As one industry insider commented: “You need to think out of the box. CSP can come back only as a hybrid solution, especially in India, where there are states that have six hours of blackouts and brownouts in major sunny cities. If CSP has to compete with PV, it needs to have a hybrid solution, operating 24/7”.

To respond to this article, please write to the author, Heba Hashem.