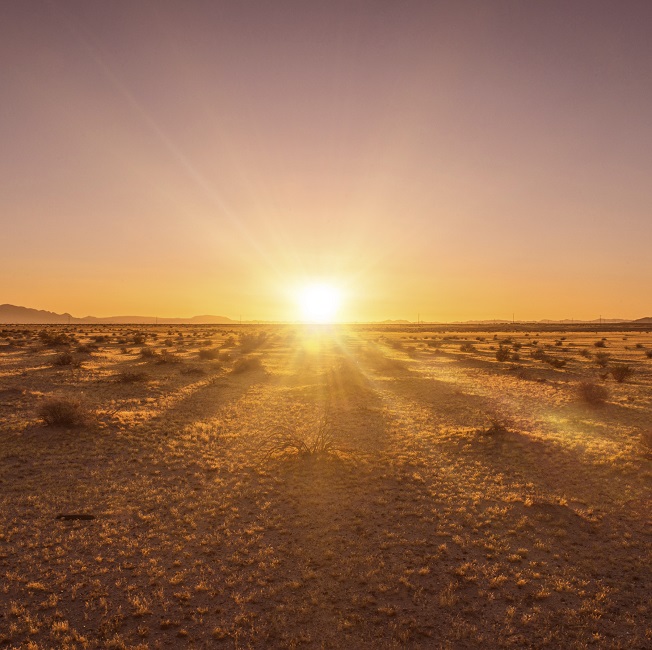 SolarReserve plans to build 2 GW CSP capacity in Nevada, US

U.S. developer SolarReserve has announced plans to build up to 2 GW of new CSP tower capacity in Nevada, according to local media reports.

The $5 billion Sandstone project would consist of up to 10 concentrated solar arrays, each equipped with molten salt for storage, Kevin Smith, CEO of SolarReserve, said at a company event held at the developer's 110 MW Crescent Dunes plant on October 11, Las Vegas Review-Journal reported.

SolarReserve expects to announce a roughly 16,000-acre site for the new project within the next six to nine months and most of the power would likely be exported to the California market where there is a need for night-time power delivery, Smith reportedly said.

The company is yet to sign Power Purchase Agreements (PPAs) but “we’ve certainly identified potential buyers,” he said.

The project could be developed using only commercial financing although the developer will explore federal loan programs, Smith noted.

Construction would likely start in around two or three years and the towers would be built one or two at a time, he said.

Dubai Electricity & Water Authority (DEWA) has invited Expressions of Interest (EoIs) for the development of a 200 MW CSP tower project and is expected to select a developer in the first quarter of 2017, according to regional news reports.

DEWA is eyeing a globally-competitive tariff of around $80/MWh for its first-ever CSP project, due to high investor confidence in local banking markets and global pricing pressure from growing project pipelines, experts told CSP Today.

The CSP plant is to include between 15 and 20 hours of thermal energy storage, Gulf News reported. The plant will be built within the Mohammed bin Rashid al-Maktoum Solar Park and is expected to be online by 2021.

Developer companies and consortia are invited to submit EoIs by October 27, according to a public invite cited by Zawya Projects News. DEWA expects to select the developer in the first quarter of 2017, the Gulf News reported.

DEWA’s target price of around $80/MWh is around half that signed for ACWA Power’s Noor III tower project in Morocco, set at $163/MWh in 2015.

Dubai has already demonstrated investor confidence in renewables by setting a record-low PV price of 2.99 cents/kWh earlier this year for the 800 MW DEWA III plant at the Mohammed bin Rashid al-Maktoum solar park. A Masdar-led consortium submitted the winning bid.

The plant represents the first industrial-scale CSP project to enable horticultural activities in the desert.

The CSP tower system is located at Port Augusta and serves 200,000 square meters of state-of-the-art greenhouses.

Heliostats collect the sun's rays and reflect them onto the top of a solar tower. The collected solar energy is converted to steam which can be used for multiple purposes, including seawater desalination, heating and electricity production.

Aalborg CSP is turnkey supplier of the plant which will secure the production of 17 million kilograms of tomatoes per year, equivalent to 15% of Australia’s entire tomato market.