Responding to speculation surrounding Masdar’s Shams1 project since it incurred delays back in 2009, 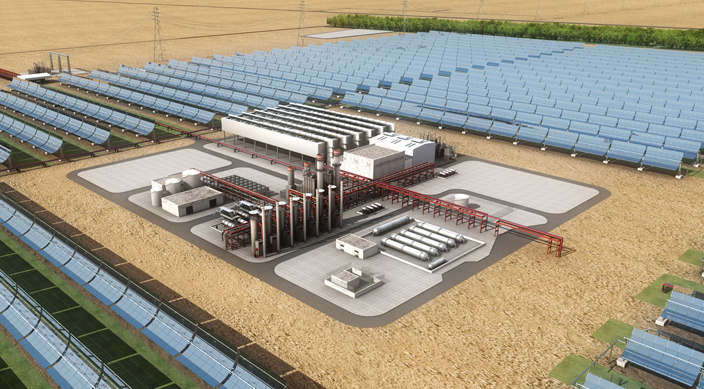 CSP Today: Masdar Power refutes claims in the international press that its Shams1 project was temporarily withdrawn, re-located and re-tendered back in 2009. Now it denies that incorrect estimates of the project site’s DNI were taken. What are the facts, according to Masdar?

Dr Olaf Goebel: A well-known business publication in the Middle East published a series of articles containing inaccurate facts and statements about the Shams1 project, following the project’s financial setback in 2009. Specifically, never at any point was the project going to be re-located, nor at any time did Masdar consider switching the technology to be used at Shams1 from CSP to PV.

CSP Today: What is the story behind the “inaccurate” DNI readings?

Dr Olaf Goebel: When we started the project back in 2007, we were well aware that the satellite data contained +/-10 % uncertainties. We told the project bidders to provide an estimated LCOE price based on that data, but that once we had completed one full year of ground-based measurements bidders should feed the updated information into their models and adjust the prices accordingly.

The uncertainty surrounding the satellite data was known and understood from the outset, and was worked into the bid contracts. When you build a plant, the cost of electricity generation is determined by the amount of solar resource that can be harnessed.

This has a strong impact on the final electricity price. We told the bidders, based on the current assumption of energy, to calculate a price that would later be adjusted to reflect the final measurement of solar irradiation.

We also have an agreement with an Abu Dhabi utility to sell the electricity from Shams1. Again, we agreed with the utility that the price would be adjusted according to the final DNI measurement.

Ultimately the final DNI measurement came in 12.5 % lower than the satellite based data had predicted, which was disappointing.

CSP Today: The DNI levels for this project were considerably lower than anticipated. For future projects, would you recommend that bidding take place after the site selection process is fully completed, with DNI readings concluded?

Dr Olaf Goebel: If the developers have the time to wait for that, this is the preferred option. In a situation like we had in Masdar in 2007, where wanted to move very fast, going forward with satellite values and updating when ground based data are available is a possible procedure.

However, all contracts need to be clear regarding the process how the updated DNI value will be implemented once available. This is especially true for the PPA, where the tariff is fixed. All this has been considered with great care in the Shams 1 project.

CSP Today: Why was Shams1 designed without thermal storage?

Dr Olaf Goebel: At the time when we took the decision (summer 2007) there was no plant with storage working yet.

We believed that building the first CSP plant of the region is already novelty enough. We didn’t want to go with an (at that time) unproven technology at the same time.

However, the Shams1 plant exhibits 2 novelties:

It is the first CSP plant with dry cooling (almost no water consumption) and is the first to be built in a sand desert. Both items give Shams 1 pilot character with respect to the Desertec Initiative.

CSP Today: Are we likely to see more CSP plants built in the region, or does the poor DNI due to dust and haze make this unlikely? If so would future projects include thermal storage?

Dr Olaf Goebel: We think there will be more CSP projects in the region. All CSP projects shall be built with thermal energy storage in order to meet the demand profile. CSP without storage cannot compete against PV.

CSP Today: How is progress on installation at Shams1?

Dr Olaf Goebel: The plant is 80% completed and will be commissioned before the end of the year.