Following almost a year of delays and uncertainty, K.A.CARE’s silence since the release of the competitive procurement process white paper has raised a wide range of speculations over the future of CSP in Saudi Arabia. But the truth is, a great deal is cooking beneath the surface. 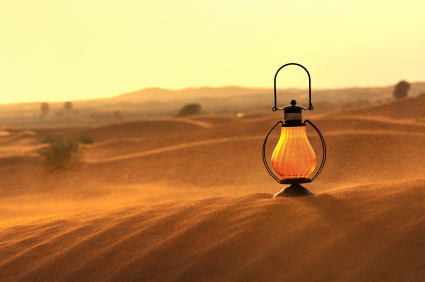 As early as in May 2012, Saudi Arabia announced its installed CSP capacity target of 25 GW by 2032. About 10 months later, in February 2013, King Abdullah City for Atomic Renewable Energy (K.A.CARE) released a white paper requesting feedback on the proposed draft of the competitive procurement process.

And that was the last the media heard of from K.A.CARE, apart from the launch of the Saudi Renewable Atlas in December 2013. The silence was worsened when the departure of Khalid al-Sulaiman, K.A.CARE’s vice president for renewable energy was circulated in the news last week.

But CSP Today has learnt that Dr. al-Sulaiman had retired from his post more than three months ago, and is considering another senior-level position, while three candidates have been proposed to lead K.A.CARE’s renewable strategy and pick up from where Dr. al-Sulaiman left.

More importantly, momentum has been rapidly building behind closed doors as key players – namely the Ministry of Water and Electricity, the Ministry of Petroleum and Mineral Resources, the Ministry of Finance, and King Abdulaziz City for Science and Technology (KACST), along with K.A.CARE and other relevant entities – discuss the implementation plans, timing and technology choices that will be rolled out in the near future.

One of the main questions being echoed at present revolves around the policy shift from K.A.CARE. Bloomberg recently stated that authority over renewable energy in the kingdom may be moving toward Saudi Aramco. While no official statement has explicitly voiced this, evidence suggests that the possibility is not far-fetched.

Prior to that, Nasser Al -Qahtani, who served as superintendent in Aramco for 14 years, moved to become vice-governor of regulatory affairs at the Electricity and Co-generation Regulatory Authority (ECRA).

In 2010, Abdallah Jum'ah, the former president and CEO of Aramco, became the director of the Saudi Investment Bank, and in 2013 he was made chairman. Mr. Jum'ah, and two other senior Aramco executives, were recently appointed to the Advisory Board of the Supreme Economic Council of Saudi Arabia; forming together the largest representation of a single entity in the Board.

In addition to that, in 2012, Eng. Abbas bin Ahmed bin Mohammed Hadi was appointed as Deputy Minister of Housing after many years working for Aramco.

Similarly, Nasser Al-Wohaibi, former manager of Saudi Aramco's Research and Development Center was appointed as vice governor for consumer affairs and service providers at ECRA. And in 2012, Abdullatif Al-Othman, who held various senior positions in Aramco over a period of 30 years, was appointed as the governor of Saudi Arabia General Investment Authority.

Aramco CEO himself, Khalid Al-Falih, was recently quoted by Bloomberg as saying: “We are looking at solar investments with great interest.”

But it couldn’t be more direct than the statement made by Gasem al-Shaikh, head of energy unit at Saudi Binladin Group: “The government solar plan is moving very slow, and we are hearing about it for some time, but it’s not maturing as fast as it should. The country can’t wait. We are burning more liquids every year, and that’s why Saudi Aramco now is taking the lead.”

However, according to Abdullah Al-Jali, group director of business development at Dar al Riyadh Group and former prequalification and supplier relations leader at Saudi Aramco, the rumoured take-over is unlikely to take place.

“From my experience in Saudi Aramco, I don’t see them taking over the solar industry and providing power generation for the country,” Al-Jali stated during a recent webinar.

“I think what they were referring to when they said they have “strong interest” is two things – one is providing power for their consumption through solar, and they’re very interested in that, and secondly, supporting whatever organization that will take up this effort. But they’ve spread themselves thin when it comes to project management and I highly doubt that they will take over the entire solar industry.”

With eight decades of expertise in building up Saudi Arabia’s oil industry and managing substantial contracts with international companies, Aramco’s experience is clearly hard to match. And assuming it does take greater authority over the upcoming renewable programme, its monumental wealth of knowledge would undoubtedly be of significant value to the kingdom’s nascent renewable industry.

Yet one cannot ignore the $240 million in losses that Aramco incurred following the insolvency of Korean polysilicon manufacturer Hankook Silicon, in which Aramco Overseas had bought a 33.5% stake in – an investment that proved financially disastrous.

Presently, 22% of the Saudi energy grid is fueled by diesel, which Saudi Arabia surprisingly imports large quantities of during peak summer time. This diesel in particular should be the top priority for replacement by solar. However, without any coordination with K.A.CARE, Aramco and SEC are discussing plans to replace as much as 300 MW of diesel generation in offgrid locations with solar PV.

Moreover, Aramco’s renewable energy strategy considerably differs from K.A.CARE’s, especially in terms of capacity targets. Essentially, Aramco’s model calls for natural gas for baseload operation, and oil, PV (6 GW) and wind (1 GW) for most peaking situations. Only in Integrated Solar Combined Cycle plants, such as the planned Duba 1 announced by SEC would CSP be considered.

To back up this energy mix, which largely relies on intermittent energy sources, and to avoid power cuts, Aramco has suggested building the equivalent in fossil fuel plants - a scheme which does not contribute to the conservation of petroleum resources.

What’s even more baffling is the over-ambitious oil and gas quantities that Aramco is aiming to save across the industries and transportation. As mentioned in its 2013 Annual Review, the company aspires to cut down domestic energy demand by 2.4 million barrels of oil equivalent per day by 2030.

K.A.CARE, on the other hand, with its combined gigawatts of solar, nuclear and wind energy targets, can only save the equivalent of 1.2 million barrels of oil per day by 2032, which leads to the question – how will Aramco do it?

Meanwhile, K.A.CARE is still awaiting decisions to be made regarding its future role. Informed sources told CSP Today that the entity has yet to receive its promised budget from the Ministry of Finance to fund and launch the announced renewable projects, and that so far, it has only received an annual operational budget of around $133 million, which barely covers its expenses for the year.

Currently, K.A.CARE is studying critical preliminary aspects of the programme, such as the standardisation of solar components, which involves siting assessments and exploring the certification process with the Saudi Standards, Metrology and Quality Organization.

In terms of education, research and development, some progress has been made, with academic institutions such as King Abdullah University of Science and Technology (KAUST) and KACST investing in developing human capacity over the past several years. The initiatives, however, have been limited to small, academic-style R&D initiatives with narrow research objectives. Expanding such efforts will be crucial to sustaining the sector going forward.

On an industrial level, partnerships and acquisitions are increasingly taking place between local and international players.

In the past few months alone, Saudi Fal Holdings bought 34% in Italian receiver tube manufacturer and parabolic trough developer Archimede Solar Energy, while Saudi Binladin, a construction conglomerate, said it was interested in bidding on K.A.CARE’s solar projects, which doesn’t come as a surprise considering the partnership it had established with AREVA Solar back in 2011.

K.A.CARE has also witnessed a busy period; partnering with the Royal Commission for Jubail and Yanbu to develop and deploy renewable energy generation and industry; the National Water Company; the Technical and Vocational Training Corporation; and petrochemical company SABIC.

It also collaborated with the U.S. Department of Energy’s National Renewable Energy Laboratory to help with solar resource monitoring; and Germany’s Fraunhofer Institute for Solar Energy to pursue R&D in a number of areas including CSP, storage and grid integration.

Progress may not be slow after all, especially when looking at Saudi Arabia’s history, in which the oil and gas sector also took many years to build. The reason the kingdom tends to take its time with the rollout of such large-scale programmes is that they are typically established in a structural way.

As Vahid Fotuhi, president of the Middle East Solar Industry Association recently told the MENASOL conference, the kingdom is starting to find its feet.

“Saudi Arabia will be a multi gigawatt market, it will be one of the largest markets in the world and when they finally put in place the framework and the regulations that enable solar to flow smoothly – then you will see the market has reached a different stage of development.”

Regardless of who steers Saudi Arabia’s renewable energy programme, CSP will have to remain part of the country’s future energy mix, since no other renewable technology can offer the reliability and dispatchability that CSP offers, especially through inexpensive thermal energy storage.

In addition, CSP enjoys a natural advantage in Saudi summers, because its capacity linearly increases with DNI, of which the kingdom receives as much as 2,500 kWh/m² per year.

Whereas PV panels' electricity efficiency drops significantly during summertime due to the adverse effect of negative thermal coefficient, CSP does not suffer adverse effects from ambient temperature rise. This set of distinctive advantages should be more than enough drive the deployment of CSP in Saudi Arabia.