The imminent start-up of Morocco's Noor I CSP Plant will be followed by lower cost adjacent plants thanks to technology gains such as larger trough apertures which have eclipsed the impact of higher cost dry cooling systems, Driss Berraho, Business Development Manager at ACWA Power, told CSP Today. 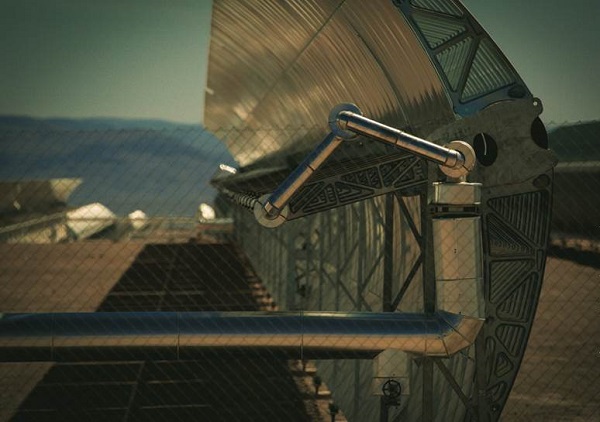 A consortium led by ACWA Power started construction on the 160 MW Noor I project in Ouarzazate, central Morocco, in 2013. The project will be Morocco's first CSP plant and is on target to start operations before the end of 2015.

Driss Berraho, who has been part of the development team for the follow-on 200 MW Noor II parabolic trough and 150 MW Noor III central tower plants, said advances in technology have allowed the company to drive down tariff prices amid a supportive regulatory environment.

Noor I is a 160 MW parabolic trough CSP plant with three hours of storage. The project was launched in 2010 and in September 2012 it was awarded to an ACWA Power-led consortium on a Build-Operate-Transfer (BOT) basis through an international tender.

Moroccan energy agency MASEN holds a minority equity stake in the development company, with other small stakes held by Aries and TSK.

The solar field is 100% complete and commissioning activities are well underway, Berraho said.
“We expect to have it operational before the end of 2015," he said.

According to data from the US National Renewable Energy Laboratory, the tariff for the Noor I plant was set in 2012 at around $190/MWh, and for the Noor II plant, this price has been driven down to around $140/MWh.

For Noor II, the ACWA Power-led consortium increased the size of the storage function, from three to seven hours, and incorporated dry cooling rather than wet cooling as MASEN has been driving towards a sustainable approach for water resources.

"Despite that, Noor II is still cheaper than Noor I in every way," Berraho said.

Significant cost reductions have been achieved through more efficient technology, such as larger aperture areas for the parabolic trough which reduced the cost of the solar field.

"All of this has had a much bigger impact than taking the step of dry cooling," he said.

"The future of CSP is in dry, high-insolation areas and water in such places is scarce, so it makes sense," Berraho said.
Noor II and Noor III were awarded as greenfield IPP projects on a BOT basis, the same basis as Noor I, and construction on both plants started this year.

In Noor III, the developer opted for central receiver tower technology with molten salt and eight hours of storage, also using dry cooling. The overall investment in Noor II and III is in the range of $2 billion.

MASEN is acting as a single lender for Morocco CSP projects – channelling funds from international financing institutions, including the World Bank, European Investment Bank, and Clean Technology Fund. With the support of the Government of Morocco, this has enabled the Noor project to gain very favourable financing conditions, another key driver of the competitive tariffs.

MASEN will hold 25% of the equity in Noor II and III and will also be offtaker – buying the power from the plants and selling it back to the national utility.

MASEN is also slowly increasing its role in the operations and maintenance field and holds a minority stake in the project's O&M company.

"Overall, it’s been a very exciting and successful adventure. It’s a great achievement for Morocco, and should be taken as an example for other countries in the region – the way of structuring the project, entering the tender, making it attractive for international players, and reaching competitive tariffs for CSP."

According to Berraho, there is significant scope for CSP and PV capacity at new sites selected by MASEN.

"The first is the site of Midelt, which is a little further north to Ouarzazate but still on the eastern part of the country after the Atlas Mountains. It has almost the same climate, with high altitude and solar resources, as well as access to water and road infrastructure. I think it could be a very good site," he said.

Tata, a second site further to the south has high irradiation levels and also has favorable infrastructure conditions to establish a CSP and PV complex, he said.

The potential sites are also remote areas which would be boosted by investment and job creation, as has been the case at Ouarzazate.

"We should see further development in the near-term in Morocco. The country has a target of generating 2 GW of solar energy by 2020 and it is very committed to that," Berraho said.