Is the Middle East CSP market ripe for investment?

There’s no doubt that the Middle East has garnered significant attention from the worldwide CSP industry. But uncertainty remains over the readiness of this market – should international CSP players move into the region yet? How complex is the process, and what is the best way to set up? 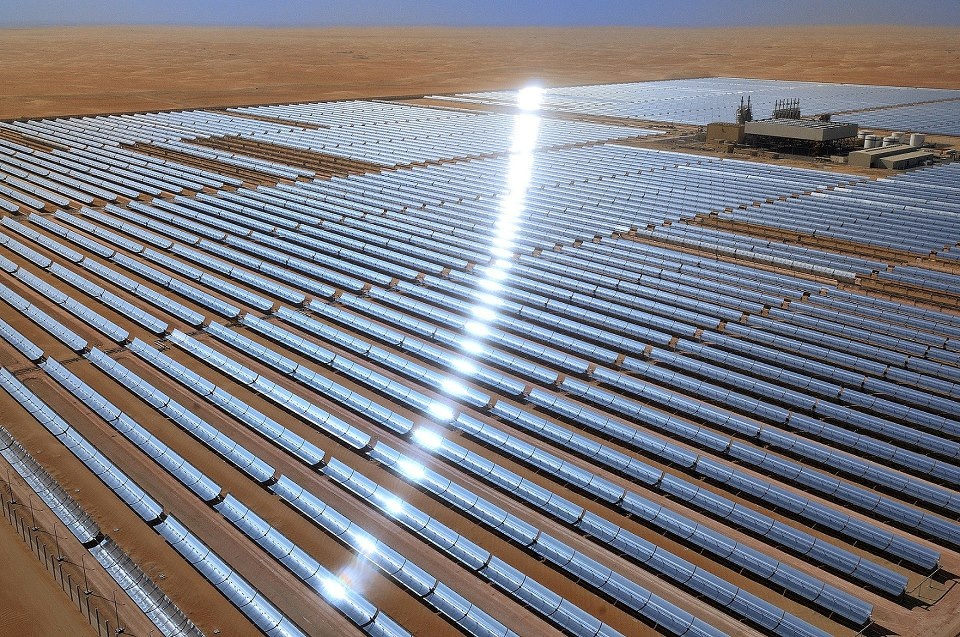 Two markets currently dominate the CSP scene in the Middle East: Saudi Arabia with its target of deploying 25 GW of CSP by 2032, and the UAE following the launch of Shams 1. Ever since these developments, the global CSP supply chain has been awakened by the tremendous potential of these economies.

Under normal circumstances, in a developed solar market, the natural step for CSP manufacturers and service providers would be to assess the market in view of penetrating it. But the long-standing issue of the non-existent legal framework in this region, along with confusions over the best way to establish presence are creating hesitation among newcomers.

“The biggest issue for Saudi Arabia, the UAE and the whole region, is the lack of a clear policy that will allow the development of the market. People are waiting for a government policy structure to be established that will enable the free market to evolve,” Browning Rockwell, founder and executive director of Saudi Arabia Solar Industry Association (SASIA), tells CSP Today.

Although government entities are gearing up to establish such policies, the process still remains behind closed doors and the timeframe is unknown. However, King Abdullah City for Atomic and Renewable Energy (K.A.CARE) did publish the White Paper and invited public feedback, in attempt to move forward with some form of structured policy.

One of the few CSP companies that took a leap of faith into the Saudi market is SkyFuel, an American parabolic trough manufacturer that has been seeking local partners for the production of its SkyTrough technology and for collaborative project development.

“Over the last 18 months, we made regular trips on a monthly business, interviewed dozens of different organisations across the industry, finance and academia in order to find out who the key players are,” says Eric Frazier, Business Development Manager at SkyFuel.

“Because there are no CSP companies in Saudi Arabia yet, you need to find the closest analogue, which is really the energy industry. So players in oil and gas, project development, conventional power plants; these are the companies that will likely play a role in the CSP industry in Saudi Arabia because they have the experience and know how to get projects done in the country, whereas international companies might have a challenge, so it’s about finding the best fit for your organisation,” explains Frazier.

From a business point of view, when it comes to setting up, a similar process applies to everyone, and not just the solar power industry. “The next step for companies is to figure out how they want to operate in the country – are they making an investment, are they coming to sell goods, or are they project developers?,” suggests Browning, who authored SASIA’s “Middle East’s Sleeping Giant Stirs” white paper.

In the UAE, free zones are the best choice for foreign establishments that want to operate without partnerships. Enpark in Dubai, and Masdar City Free Zone in Abu Dhabi, both offer 100% tax-free foreign ownership and allow full repatriation of profits and capital, with exemption from customs duty for goods and services.

Masdar City has already signed up Siemens, Mitsubishi, South Korea’s SK Group, and expects to bring in more of the 100-plus companies registered with its free zone. On the other hand, Enpark, a dedicated free zone for energy and environment companies, has 27 businesses operating from its premises.

Meanwhile, Saudi Arabia has its own peculiar requirements. “It’s easier to work with a local company than to come in and try to establish your own operation. There are plenty of government programs that help facilitate that and they all have their own complications”.

For any business coming into Saudi Arabia, setting up a foreign corporation is a lengthy process and not always the most favourable from a tax perspective, while as working with a local partner involves paying 2-3% of the costs.

This is because companies conducting business in Saudi Arabia through a permanent establishment may be subject to zakat (an obligation to donate a portion of revenue to charitable causes each year), corporate income tax of around 25-30%, or both.

Saudi authorities usually identify these portions by looking at the legal ownership and shareholders of the resident company. It is also worth noting that GCC nationals are subject to the same favourable laws applied to Saudi nationals; thus working with GCC entities is equally advantageous.

“It’s a very attractive situation, certainly there are legal issues overcome. If you’re going to set up as a private company, there’s substantial capital that you have to invest – large multinational corporations may choose that path. But there are also plenty of local companies that are quite capable of entering partnerships,” explains Browning.
Despite being in the ramp-up phase, Saudi Arabia represents a huge solar market that is growing from the inside out, with many large, well-financed companies that can manage utility-scale projects from a financial perspective.

Partnering with such companies would not only be advantageous to the foreign investor, but also to the local firm, since what the latter needs, according to Browning, is technical expertise and knowledge, which makes it a mutually beneficial situation.

“For companies coming on their own and trying to operate here, I wouldn’t say it’s high risk but it would just be a much longer process that would distract from the focus of coming to find the right partners to work with and move forward”.

While setting up a representation agreement can take 30 days or less, establishing an independent business could take from six to twelve months.

“Being a U.S. company, overcoming challenges in the Middle East can be quite burdensome. In addition, finding the right partner means you need two companies that are the right cultural fit together. Sometimes you might have conflicting interests or ideas on how you want to do business, so finding a partner who doesn’t have these conflicting ideas could be one of the most important things to do initially”, highlights Frazier.

SkyFuel recently secured a partner in Saudi Arabia, which will be announced by the end of the year. The main driver behind the company’s selection of this market was the CSP target set by the government.

“Other countries announced 100 MW here and there; it’s hard to put the case together for opening multiple facilities in the GCC. We are a manufacturer, so we’re going to produce our technology in Saudi Arabia, likely for export within the GCC or greater region or just Saudi Arabia. If other markets develop, for example if the UAE comes out with a solar programme comprising a large portion of CSP and it takes off, it’s easy for us to say, let’s establish a manufacturing facility there”.

SkyFuel is best known for its SkyTrough, which according to the company benefits from lower O&M costs due to the use of unbreakable ReflecTech-base mirrors instead of traditional glass mirrors. Frazier points out that SkyFuel is a member of the U.S. Saudi Arabian Business Council, Emirates Solar Industry Association, and SASIA – all which helped connect the dots for the company.

Understanding the other side

Cultural awareness is yet another critical element when developing relationships in the Middle East. “I don’t think language is such a big issue; business people working internationally speak English very well”.

“The real challenge is cultural, whether it’s the UAE or Saudi market – understanding that you need to be patient and manage your expectations. Things take time. It’s not a fly-in fly-out market, you need to invest in personal relationships, it’s important that people get to know you,” stresses Browning.

Browning admits that at this stage, it’s a PV-dominated market in Saudi Arabia, but that CSP is certainly going to have its role. “I think CSP companies need to be more aggressive in this market, in terms of educating people about the technology,” he concludes.