Lenders to new solar and wind projects in the Middle East and North Africa (MENA) will favor quality and performance over cost and will require governments to embrace private partnerships, leading financiers said at the MENASol 2016 conference on May 26. 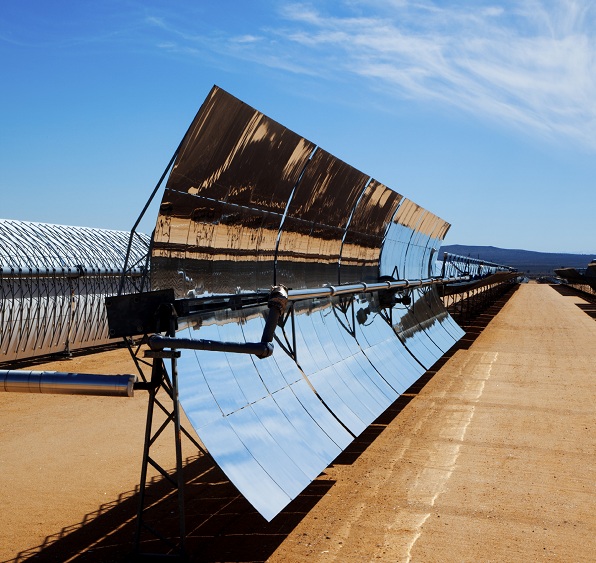 “Everyone was astounded when the lowest bid of 3 cents/kWh came out on [Dubai’s] 800 MW DEWA III [PV] tender. It was almost 40% cheaper than the DEWA II bid, which was a world record in itself,” said Steve Perry, head of debt origination and syndication at First Gulf Bank, a member of the financing consortium for the 200 MW DEWA II project.

The new record-low solar power bid has raised the question of whether such low prices are repeatable.

“Let’s assume it’s a further reduction on panel and [Engineering-Procurement-Construction] costs; if that’s the case then we may even see even lower prices, but I don’t think they will continue at the same speed,” Frank Beckers, managing director and head of project finance advisory at the National Bank of Abu Dhabi told the conference attendees.

A growing interest in MENA projects has seen competition drive down prices in the solar and wind sectors.

Morocco recently held a wind energy tender for 850 MW of capacity and secured average bids at just 3 cents/kWh with the lowest at around 2.5 cents/kWh.

Lenders noted that such low bids led to thin profit margins along the supply chain and this could impact project risk profiles.

“Everyone is bidding the lowest possible rate of return. But are they making the right profits? Are you sure they’re going to be around in 20 years and the warranties you have are going to be there if you need them?” Nancy Rivera, managing director of structured finance at Overseas Private Investment Corporation (OPIC), said.

For Chris Cantelmi, Principal at the International Finance Corporation [IFC] in Dubai, equipment certifications must be put in place and testing during the commissioning stage must be robust.

“What we found is that if the project is commissioned properly and performing at or above its expected targets, the degradation over the life is quite predictable. The warrantees are important but can disappear over the long life and I think everybody understands this is part of the business risk,” said Cantelmi.

Morocco for example is generally seen as a promising renewable energy market. The current 850 MW wind power program will double installed wind capacity and the country also has 350 MW of CSP under construction and a 170 MW PV project under development, all backed by sovereign guarantees.

Countries such as Egypt and Jordan are considered relatively high-risk, making it challenging for some banks to lend to renewable energy projects.

In Egypt, a lack of dollar denominated funding is seen as a major challenge as the tariffs for planned gas-fired plants and renewables projects are set in dollars, Perry said.

Nevertheless, the majority of the 39 renewable energy developers which were allocated projects under Egypt’s Feed in Tariff (FiT) scheme are now approaching financial close on their deals, Eng. Lamya Abdel Hady, head of sector private projects at the Egyptian Electricity Transmission Company, said.

In Jordan, the National Bank of Abu Dhabi is an active lender, but not in commercial project finance terms, Beckers noted.

“We still lend in Jordan but it wouldn’t be for a tenure that is satisfactory for project financing – the only way then is development banks or export credit agency-covered loans,” he said.

Multilateral Development Finance Institutions (DFIs), such as the U.S. government's OPIC and IFC, are helping to open up new markets to commercial lenders.

OPIC finances projects that will lead to economic development and renewable energy has been a high priority for the institution over the last five years. OPIC has booked in excess of $1 billion in the renewable energy sector and it was behind the only non-recourse project finance deal ever done in Algeria.

“We are lenders of last resort and we are in countries because the commercial markets are not ready to lend. We emphasize lower income nations and have limited appetite in high-income countries,” Rivera said.

“As DFIs we try create the environment which would encourage [commercial banks]. It’s not that they are not present but they require additional credit enhancement products,” Cantelmi said.

“And they should have fair risk allocation with the [Power Purchase Agreement] and sovereign guarantees,” she said.

“The ease with which you can do business in that country and rely on the government and its law is paramount.”