CSP-focused Research and Development (R&D) projects are being carried out in the MENA region with the common objective of identifying issues affecting CSP deployment and optimising CSP technologies for the region’s climate. 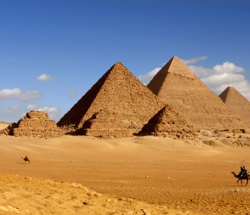 In the MENA region, excessive heat and dust threatens to damage equipment, resulting in financial losses and discouraging new projects. Moreover, water scarcity is an impediment when it comes to CSP planning, given that plants are usually located in arid areas.

This has led to the investigation of alternatives for balance of plant and Rankine (steam) cycle cooling. Saudi Arabia has already invested in dry coolers, or air-cooling condensers that eliminate 90% of the water requirement.

KAUST’s Solar Energy Research Centre focuses on coupling treatments with energy requirements into hybrids, such as membranes driven by solar energy, wind power or other forms of renewable energy.

KAUST’s Centre for Water Desalination and Reuse, which works synergistically with the Solar Energy Centre, focuses on R&D work in areas of optimisation and hybridisation of existing technologies, development of new selective technologies - including nanotechnologies - and other fields related to adapting technologies to local and changing climate conditions.

In 2010, Abu Dhabi’s Masdar, along with the Masdar Institute of Science and Technology, Japan’s Cosmo Oil Company and the Tokyo Institute of Technology, launched an advanced CSP Central Tower R&D project at Masdar City.

The collaborative research would test an innovative ‘beam down’ technology, which has the potential to convert solar irradiation into electricity in a more efficient way than other technologies - producing a commercially viable ‘beam down’ process.

This process inverts conventional solar tower technologies, which use mirrors (heliostats) to direct the sun’s rays onto a receiver at the top of a central tower to heat a heat transfer fluid (molten salt, oil, or water) in order to generate steam- which is then used to drive a steam turbine.

By placing the receiver at the base of the tower, the research team hopes to reduce energy losses resulting from pumping the fluid to an elevated receiver, raising operational efficiency and lowering electricity generation costs.

“The initial project findings have been very positive and if the results continue to be successful, ‘beam down’ technology has the potential to revolutionise the way in which all solar towers are built in the future”, Dr. Sultan Al Jaber, Chief Executive of Masdar said.

Notable solar research has been carried out by Jordan’s Nur Solar Systems. The company signed several agreements with the Royal Scientific Society (R.S.S.) to test and improve performances of solar collectors; electrical heaters; central heating hot water storage tanks (cylinders); and steam boilers- the latter of which is ongoing.

Elsewhere, last month, the World Bank announced a partnership with Morocco and Egypt to work on two innovative projects that use a hybrid CSP technology. The decision addresses stakeholder concerns regarding the benefits of local economies arising from the implementation of solar projects.

Responding to these concerns, the World Bank launched a study on the local manufacturing of components and local services. It concluded that while specific components are expected to come from Europe in the short-term, the overall management, steel structure and civil works could be undertaken by local companies now or in the coming years - as witnessed in the case of Kuraymat project in Egypt.

The study found that more than 600MW of hybrid gas-solar plants, including a total of 40MW of solar share, have been installed during the last three years in MENA. The research galvanised additional projects and donor commitments. While Morocco announced a plan targeting 2,000MW of solar electricity production by 2020 and in 2010 began preparation for a 500MW plant in Ouarzazate, Egypt announced it would build a 100MW solar plant in Kom Obmo.

As a result, significant loans have now been acknowledged and mobilised from the Clean Technology Fund and the International Bank for Reconstruction and Development, to install 1GW of purely solar energy plants within the region.

Click here to reserve your place at CSP Today's MENASOL 2011 conference, focusing on CSP implementation in the Middle East and North African countries, to be held May 3-5, 2011 - El Jadida, Morocco.