Until recently, Kuwait’s solar power ambitions mainly revolved around studies and plans. But the oil-dependent country has picked up pace and is now proceeding with three CSP projects. 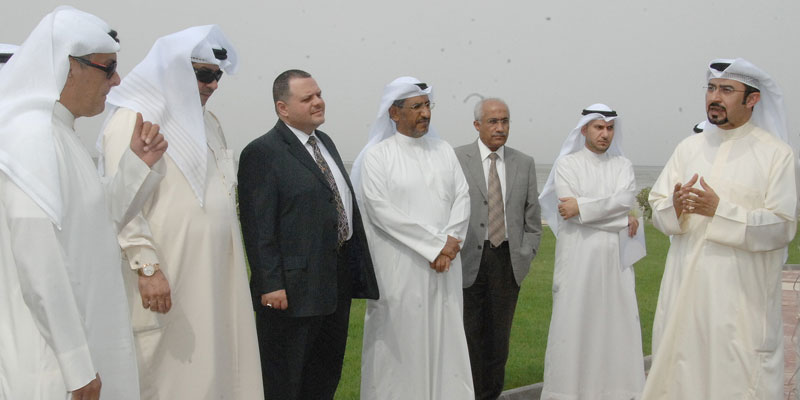 Despite being the third-biggest producer in the Organization of Petroleum Exporting Countries (OPEC), Kuwait’s long-standing dependency on fossil fuels is expected to backfire by as early as 2017. The International Monetary Fund predicted in April that in about four years from now, oil revenues will no longer outweigh Kuwait’s spending, possibly causing the first deficit since 1998.

However, Kuwait is actively planning to harness renewable energy – including a large portion of CSP – to counterbalance these forecasted changes. The country aims to produce about 1% of its electricity from renewables by 2015; 10% by 2020 and 15% by 2030. Projects now are underway to use CSP in a variety of applications, including a hybrid power plant, enhanced oil recovery, and as part of a renewable energy complex.

Starting with an ISCC plant

Kuwait’s most advanced solar power project has been under a feasibility study by Japan’s Toyota Tsusho Corporation since 2007. Consisting of a 60 MW trough solar collector, Al Abdaliya Solar Plant will be part of a 280 MW Integrated Solar Combined Cycle (ISCC) system – integrating a parabolic trough collector with a gas turbine – and will be located in Al Abdaliya Desert, west of Kuwait.

The study was finally completed in late 2012, after which proposals were called for and technical assistance was assigned by the joint developers of the project: Partnership Technical Bureau (PTB) and Ministry of Electricity and Water (MEW).

According to PTB, expressions of interests, requests for qualifications, and the tender to build the facility – estimated to cost $720 million – are all planned to be issued in 2013.

The ISCC project will contain Kuwait’s first CSP plant, and is being set up as a Special Purpose Vehicle (SPV) which will design, build, finance, operate, and maintain the power generation facility for a fixed duration of time. The SPV will sign an Energy Conversion and Power Purchase Agreement with the Ministry of MEW.

PTB, which is acting as the implementation agency for Kuwait’s Public Private Partnership (PPP) program, is currently selecting a Transaction Advisor – a firm or a consortium of firms – to assist in procuring the transaction, and in establishing a Public Joint Stock Company that will serve as the SPV for the project

“As a PPP unit, PTB tenders projects for investors to undertake the full scope of design, construction and operation of projects, and this project is not an exception,” Eng. Abdullah Al Muhanna, senior architect at PTB, told CSP Today.

“The project has been split into three parts: 10 MW wind energy, 10 MW PV, and 50 MW thermal, equipped with 10-hour energy storage that will let the plant work even after sunset. This is the mix that we hope will perform better under our harsh climatic conditions in the Kuwaiti desert,” Dr. Salem Al Hajraf, KISR’s renewable energy program manager, said during the pre-qualification meeting of Shagaya project last October. The event drew representatives from over 150 local and international companies.

The tender for the project’s EPC contract, however, has been delayed since September 2012. Once the project moves forward, the contract may be awarded for separate components of the scheme or as a single contract for the entire 70 MW. As for plant’s operations and maintenance work, it will be set for a five-year period, based on a fixed fee escalation structure.

Shagaya project is being implemented in a joint venture with KISR. Lahmeyer has carried out the pre-feasibility study for the project, whilst Fichtner is technical advisor to KISR for the preparation of 2 GW master plan, the installation of five meteo stations, the development of tender documents and tender evaluation and contract awarding.

“Fichtner has been involved from day one of the famous Shagaya Project; day one as in the preparation of concept design and tender documents, which also imply setting the master plan. The master plan is an important step for Kuwait to apply renewable energy technology in the country,” Tilman Herzig, head of CSP department at Fichtner said at the prequalification meeting.

“Kuwait is heavily relying on fossil fuels and we hope the Shagaya project will be a key milestone for a future change. We are working with legal and financial advisors, and our partner KISR, on this promising project,” Herzig added.

Initially planned to be built in Abdeli, the project was later moved to Shagaya in the north of Kuwait, near the Iraqi border, due to less dust exposure at the new site.“Probably one day, we will see that the desert land has a value, to be acquired or rented for future projects”, Al Hajraf highlighted.

Following international sanctions imposed on Iran, the GCC states, including Kuwait, have been boosting oil production to fill the gap of the Iranian exports that were mostly destined to Asian countries.

Last year, Kuwait’s minister of oil, Hani Abdulaziz Hussein, said that production from the country’s oilfields, which was increased to 3m barrels per day (bpd), would be further pushed up to 3.2m bpd by 2015. “The current daily average production is 3m barrels, but Kuwait can produce more,” he said.

Chevron, which has operated four oilfields in the onshore Partitioned Zone (PZ) that lies between Saudi Arabia and Kuwait since 1949, and with 50% operational interest in the kingdom’s petroleum resources, is now exploring ways of using solar energy for enhanced oil recovery.

A pilot solar plant may start at the end of 2013, according to a report by Bloomberg, in attempt produce the steam needed to pump heavy crude from Chevron’s Saudi Arabia oilfield, and a final investment decision is expected to be made this year, with the aim of producing as much as 600,000 bpd of heavy oil from 2017.

Chevron’s project would use solar power in conjunction with burning natural gas for the steam flood development at the Wafra field in the neutral PZ, which the two countries share. While Kuwait manages its part, Chevron operates Saudi Arabia’s interest.

Every barrel of oil would require about five barrels of steam, according to Yasser Dib, regional vice president of BrightSource Energy, the solar technology company that supplied Chevron’s CSP plant in southern California.

The PZ currently produces 220,000 bpd onshore and 320,000 bpd offshore, and while the offshore target is 350,000 bpd, onshore output has been declining. Therefore, developing heavy crude would help maintain total output and the oil would be upgraded, exported to Asia, or used in a planned refinery in Kuwait, according to Hashim Al Rifaai, chairman and managing director of Kuwait Gulf Oil Company.

Although no plans have been announced yet for solar subsidies or minimum local content requirements, several strides have been made over the last few months towards the establishment of a long-term framework.

In January, KISR completed the draft of a renewable energy strategic plan through 2030 – mainly for electricity generation and desalination applications. The strategy focuses on four aspects: identifying the demand for electricity and water in Kuwait, diversifying production resources, updating policies and systems, and creating convenient conditions for installing renewable technologies.

In the same month, KISR announced it was partnering with the National Technology Enterprises Company and Germany’s Heliocentris on a research plant, to assess its production and storage performance, with the aim of utilizing renewable energy in remote areas. In addition, Kuwait’s National Assembly approved the charter of the International Renewable Energy Agency (IRENA) in May.

CSP could clearly play a dynamic role in Kuwait’s future energy mix, where it can be used in food production, desalination systems, enhanced oil recovery, water heating, autonomous or stand-alone power generators in remote areas, as well as in security applications.

If the current solar power ambitions materialize, and if the new shale oil and gas explorations do not distract it from its renewable energy objectives, Kuwait could easily become a regional leader in terms of solar energy production.

Editor's note:The article originally included the paragraph: "Shagaya project is being implemented in a joint venture with KISR. Two German companies have already been appointed as consultants on this project – Lahmeyer as the main consultant and Fichtner as the financial". However, based on feedback from Fichtner that "Lahmeyer carried out a pre-feasibility study, whereby Fichtner is technical advisor to KISR for (i) preparation of 2 GW master plan, (ii) installation of five meteo stations, (iii) development of tender documents, (iv) tender evaluation and contract awarding" this has now been changed.