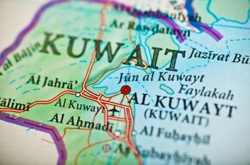 Not only is it the world’s fourth-largest oil exporter, Kuwait also enjoys one of the highest levels of insolation in the world, reaching 900 W/sq metre on coastal areas and almost 1,000 W/sq metre inland. Rare cloudy days and constant high air temperature allow high collector efficiency and low convection losses.

Water heating, water desalination, food production, autonomous or stand-alone power generating systems for remote areas, and security applications are all major requirements of Kuwait (and the GCC region), in which solar energy could play a significant role.

Yet despite rising energy demand having led to recurring power cuts during summer months, Kuwait's appetite for solar remains subdued. In its plans to boost power capacity to around 1,600MW from 10,000MW by as early as 2012, Kuwait's bountiful solar potential has been largely sidelined.

A host of factors conspire against the development of Kuwait's solar potential, including high electricity price subsidies and an absence of renewable energy incentives. The cost of conventional power on a kWh basis in GCC is 22 times lower than in Japan, 15 times lower than in Germany and 3.4 lower than in India.

Furthermore, the challenge of excessive dust in the region is perceived as a major obstacle to the country’s solar energy growth.

The GCC region struggles with a high incidence of dust storms, which cause panels to become caked in dust and negatively impact performance. This has shaken the government’s confidence, prompting the Ministry of Electricity and Water (MEW) to voice its doubts over the viability of solar energy  in Kuwait. Kuwaiti newspaper, Al Watan Daily, recently cited MEW sources as saying that solar energy from photovoltaic systems would not be effective in temperatures above 48 degrees Celsius as they totally rely on sunlight rather than heat.

As for the Fresnel lenses used in CSP plants, they rely on boiling water and this means dusty climates would void its very function. Both systems require large areas, the MEW sources said, and for the country to produce 1MW, it would require 1,000 square metres - rendering the process “extremely impractical”.

“Its thermal storage capability enables a planable and reliable power supply, which is especially important for the stabilization of rather small energy grids like in Kuwait”, explains Alexander Jacobsen, Head of Corporate Communications at Solar Millennium.

“On top of that, CSP plants can be used for sea water desalination, which make it a perfect match for the desert environment. Last but not least, the added local value is estimated to be higher, since not only the construction but also local setups of suppliers and industry followers (such as glass & steel) would provide GDP and job effects”.

That is not to say that there are no opportunities for foreign components manufacturers. At the end of 2010,  the Kuwait Chamber of Commerce and Industry (KCCI) announced the government’s intention to include solar energy in its US$120 billion development plans.

Ali Muhammad Al-Ghanim, chairman of KCCI said the multi-billion dollar plan will be initiated in Kuwait during the next five years, stressing that "Kuwait has always been a patron of German products".

Japan has also been a reliable partner to Kuwait when it comes to providing know-how. Toyota T Suchu Corporation signed an agreement with Kuwait’s Ministry of Eectricity and Water in 2008 to provide assistance to ministries and authorities working on new projects being carried out by the private sector.

Under the agreement, a solar plant capable of generating 1,250MW will be established in Al-Abdali in east of Kuwait, at an estimated cost of US$650 million, for which bids were invited at end of 2010.

Moreover, there are plans to launch a tender for electricity and water desalination projects in the Al-Zour area, worth US$2.5-3 million.

No room for foreign enterprise?

The only hitch is that foreigners (non-GCC nationals) may not pursue trade or business unless they join Kuwaiti partners, which must hold at least 51 percent of the total capital. Therefore a foreign firm, including a partnership, cannot set up a branch or perform any commercial activities in Kuwait unless it is conducted through a Kuwait agent.

And while Kuwait’s customer duties are the lowest in the region, the right to import goods into Kuwait on a commercial basis is restricted to Kuwaiti individuals and firms who are members of the KCCI, who must have import licenses issued by the Ministry of Commerce and Industry.

There is a silver lining: although foreign individuals and firms are not permitted to acquire commercial licenses in their own name, a new privately managed free trade zone in Shuwaikh area allows 100 percent foreign ownership of business within the zone, with neither import duties nor tax on foreign corporate income.

The picture painted may look rather bleak, however, more than 140 solar research projects have been completed by Kuwait Institute for Scientific Research (KISR) since 1974, accounting for around US$50 million.

A separate project involves solar cooling for the Ministry of Defence’s office building. Operational since 1983- features 172 collectors covering an area of 300m2. Solar thermal applications are also operational in Sager Al-Rashood School and the Kuwait English School in Salwa area.

With the right tax and financial incentives put in place, paired with technological advances to curb electricity prices and sand storm damage, Kuwait has the potential to harness more of its sunshine to fuel its electricity needs.