Italy: the next CSP hotspot?

Italy's southern regions are not too different from Spain's when it comes to the solar irradiance received, and with 17 CSP projects at different stages of development, the market could easily supply itself and its neighbours. 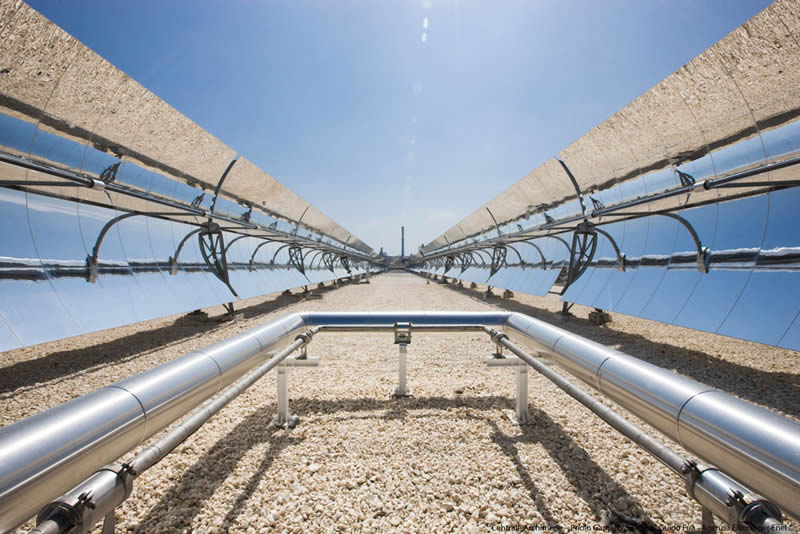 Italy could potentially have a booming CSP market, thanks to high DNI levels in the southern parts of the country and in the main islands of Sardinia and Sicily – where one of the newest CSP plants, the 50 MW Mazara, is being built.

Feed-in-tariffs (FiTs) for CSP generation and industrial needs for process heat should make the market even more attractive.

So why aren't developers flocking to this market? According to Francesco Di Mario, Head of Renewable Energy Technical Unit at ENEA (the Italian National Agency for New Technologies, Energy and Sustainable Economic Development), it's a combination of bottlenecks.

"The biggest challenges for utility-scale CSP in Italy, in a situation of limited land availability with acceptable DNI and electricity production overcapacity, are the approval times and investment costs."

"The length of authorization process," he stresses, "could reduce the incentives or make it impossible to use them; in this case, the high investment cost could become a hurdle difficult to overcome".

Such issues may explain why many of Italy's CSP projects are moving slowly. Out of 20 projects listed on the CSP Today Global Tracker, only three are operational. The rest include one project in planning, another under construction, and 14 under development totalling 313 MW in capacity.

"The present CSP technology is still expensive. Achieving a competitive electricity cost target could only be obtained with large plants, meaning large investment and large terrain occupation. Only by mitigating this difficulty, CSP can develop at a relevant rate," a spokesperson from AssoRinnovabili (Association of Producers, Industry and Services of Renewable Energy sector) told CSP Today.

Italy's AssoRinnovabili represents more than 500 companies in the renewable sector and endorses CSP by pushing for incentives and simplifying bureaucracy to obtain construction permits. Moreover, the association is promoting an economic incentive for energy storage, "a very important feature of most recent CSP systems that's presently not considered in the FiTs of Italian legislation".

Despite the challenges facing the market, the country's National Action Plan for Renewables calls for the installation of 600 MW of CSP by 2020, a target which Di Mario believes is unrealistic.

"At present we have more than 300 MWe in the authorization phase. Even if all these plants are realised by 2020, we will only reach half of the installed capacity targeted by the National Plan," he says.

The main reasons for the anticipated slow progress, Di Mario says, are high investment costs, an uncertain and excessively long authorization process, and a lack of suitable sites. He also cites the large penetration of other renewables, specifically PV and wind, and the huge production overcapacity in electric power market.

But there is hope – if certain conditions were met. "Firstly, the right value of incentives have to be given to CSP's capacity to store energy," says AssoRinnovabili. Due to the low prices of PV plants, CSP in Italy is not competitive during the day. Therefore, storage will be the only way to use solar energy during the night.

Other possibilities would be to facilitate the use of CSP near existing fossil fuel power plants, where the electricity cost could be substantially reduced, and to facilitate permission procedures for small and medium-sized plants of 1-5 MWe.

Smaller CSP plants could possibly be the fastest way to scaling up the technology in Italy. They won't use up too much land, and will be seen as less risky by investors. "Micro-CSP could have better prospects in the medium term, especially for industrial applications," remarks Di Mario.

A number of small systems have already been deployed across Italy. For example, CSP-F Spa's Fresnel solar thermal collectors are being used to power the cooling systems at Day Care Centre in Gorla Maggiore, and also to provide dairy thermal power in San Nicolò d'Arcidano, Orsitano.

"To reduce the investment risk and increase both the confidence of investors and acceptance of people, we need to focus on small size (from 500kW); CSP plants that don't require large plots of land, with energy storage and easy hybridization with other renewables to reduce intermittence," AssoRinnovabili spokesperson explains – referring to the new Italian CSP technology STEM (Solar Thermoelectric Magaldi).

Amid all the complexities voiced by the industry, Italy has still managed to stand out globally with the pioneering R&D work at ENEA, which since 2001, has been developing a technology based on the use of molten salts as heat transfer and heat storage fluid.

"In (the last) 10 years, this novel approach has been brought from laboratories to industrial-scale demonstration – through the 5 MWe Archimede Plant, operated by ENEL," says Di Mario.

An early involvement of manufacturing industries, including ASE, Duplomatic, D&D, Helios, Reflex, and Ronda, added concreteness to the development process and resulted in technology transfer and licenses granted to industries that produce the components.

At present, more than 50 researcher and technologists, and unique experimental infrastructures, are involved in CSP-related projects and R&D at ENEA labs. Focus areas include alternative heat transfer/storage fluids, streamlined heat storage systems, improved heat receivers, as well as application of CSP based on the use of high-temperature solar heat for producing synthetic fuels or hydrogen.

Another Italian innovation was recently demonstrated through Falck Renewables' Rende ISCC plant, which was hybridized with biomass and connected in May. In addition to using the heat from the burning of biomass field and solar thermal power, it also captures non-recoverable waste heat originating in the biomass plant.

Italy's CSP market is tremendously promising, not only domestically to alleviate grid bottlenecks in the north, but for the whole of Europe. After all, the country holds a strategic position in relation to Desertec, and TuNur – the 2GW CSP tower plant under development in Tunisia- is destined for export to Europe, landing first in Italy.