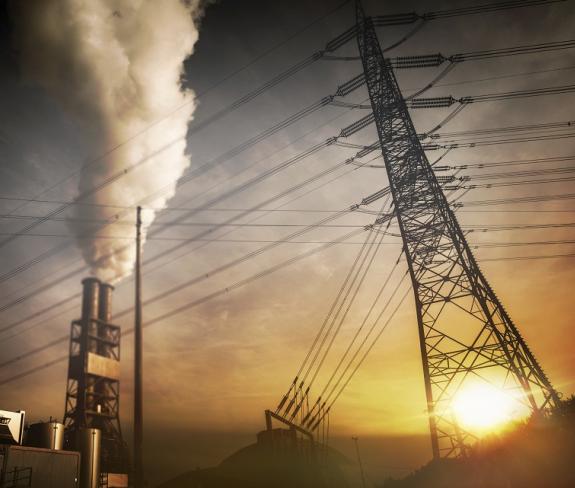 Germany's Frenell has won a contract to supply its solar thermal technology to a coal-fired power station in Uttar Pradesh, India, the company announced November 7.

"The mirrors concentrate the sunlight on absorber tubes and heat the fluid up to 250°C which are the parameters required for the power station unit. The heat generated from the solar field will heat the feed water supplied to the steam generator, allowing for lower coal consumption and thereby reducing the emission of greenhouse gases," Frenell said in a statement.

Frenell will deliver its CSP technology as subcontractor and will execute the turnkey manufacturing and construction of the solar field. Indian energy company Thermax will act as engineering procurement contractor (EPC).

The project is expected to be completed by September 2017.

Solar thermal plants can continue to play a key role in meeting heating and cooling demand in Europe in the coming years and there remains much market potential in Italy, Spain and France, the European Solar Thermal Industry Federation (ESTIF) said in a report published November 3.

"With four years left to achieve the 2020 targets, Renewable Energy Sources in Heating and Cooling (RES-HC) still offer a huge untapped potential, that can be quickly deployed. Solar thermal applications, such as solar water heaters or solar heat for industrial processes, have demonstrated their competitiveness,” ESTIF said.

Annual installation rates have declined in Europe in recent years and Denmark is currently the best-performing country.

"As a result of the continuation of the solar district heating success story in [Denmark], the newly installed capacity in 2015 grew to an astonishing total of 185 MWt," ESTIF said.

“The rule’s competitive leasing provisions will help renewable energy development flourish on the 700,000 acres of public lands that have been identified in Arizona, California, Colorado, Nevada, New Mexico and Utah,” BLM said in documentation published November 10.

The regulation will ensure transparency and predictability in rents and fees by giving developers the option of selecting fixed rate adjustments instead of market-based adjustments, BLM said.

Fees have been updated in line with market conditions “which will bring down near-term costs for solar projects,” it said.

The federal Climate Action Plan calls on the Department of the Interior to permit 20 GW of renewable power by 2020 and thus far the Interior has approved 60 utility-scale renewable energy projects for a capacity of 15.5 GW.

The BLM regulations will become effective 30 days after they are published in the Federal Register.