Amid India’s ongoing struggle with domestic coal shortage that has led some power producers to curtail operations and others to start importing coal, the country’s MNRE has rolled out a pilot program that will take CSP hybridization to another level. 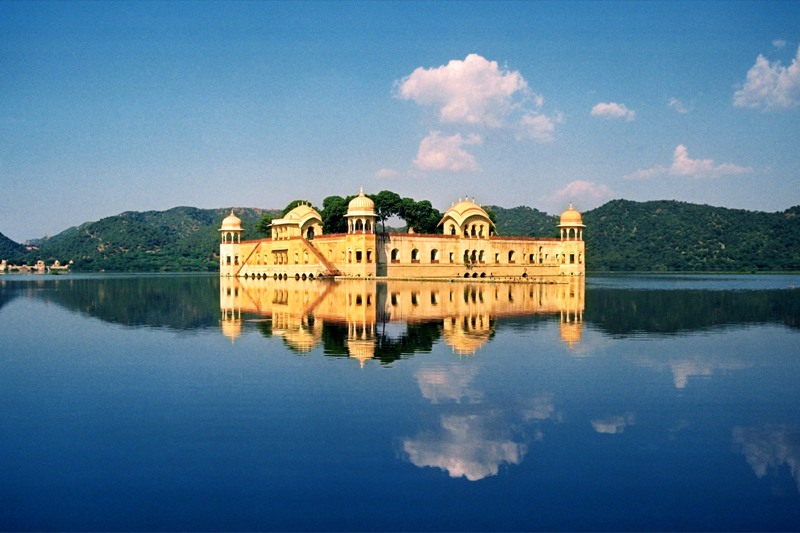 Will this help ramp up the much needed power supply?

In the fiscal year ending March 2012, Tata Power, India’s largest private power producer, had imported 5.5 million tons of coal from Australia and Indonesia and is now eyeing more overseas mines as it tries to secure fuel supplies. Similarly, Coal India recently declared it could only supply 60 percent of its requirement and would not be able to meet its mandatory 80 percent commitment; a dilemma that prompted the state-controlled mining company to consider imports. As a result, power deficits in the southern part of India rose to as high as 4,350MW in May, while the north had a deficit of 3,000MW. In addition, nearly 400 million people, about one-third of India’s population, have no electricity at all.

The situation, however, indicates huge potential for CSP hybridization, as upgrading existing fuel-fired plants to ISCC systems could boost steam production and consequently electrical output at a relatively low extra cost. Not only can CSP be easily integrated into conventional fossil-fired thermal power plants, but it could also be combined with gas-fired wind turbines or biomass.

Lessons could be learnt from China’s Hanas New Energy Group, which is building Asia’s first ISCC station in Yanchi with a goal of 92.5MW for completion by October 2013, or from Italy’s Enel, which is constructing the 1.5MW Trebois CSP-biomass bi-generation plant to continuously produce electricity for the city of Rome.

India’s Ministry of New and Renewable Energy (MNRE) is already setting up an authority to promote and execute biomass-based power projects on the lines of Solar Energy Corporation of India (SECI). "We are focusing to promote biomass-based power generation in the country. For this, the Ministry is planning to set up a company for biomass energy, same as we set up SECI last year”, said Tarun Kapoor, joint secretary of the MNRE. According to MNRE data, biomass availability in India is estimated at about 500 million tons per year, while surplus biomass is estimated at about 120–150 million tons per year, corresponding to a potential of about 18,000MW of power generation.

Considering that peak electricity demand in India has been far greater during recent summers than peak winter demand, and that CSP delivers its maximum output during these peak periods, ISCC stations would be ideal for the country’s changing power demand characteristics. The possibility of adding thermal storage capacity also extends CSP’s operational range. Moreover, by taking advantage of the existing infrastructure associated with the development of a conventional thermal power plant – such as site access, power transmission links and a steam turbine power island – the economics of the CSP component become significantly enhanced.

As with any solar installation, DNI should be as high as possible and cooling methods should be taken into consideration. Many locations in India are known to have high levels of direct normal insolation, while dry cooling could be opted for, as carried out with Algeria’s Hassi R’Mel ISCC plant.

Rajasthan in particular – where a 100MW ISCC project with a solar yield of 35MW was proposed more than two decades ago but remains at the bidding stage – has the highest solar irradiation in the country of around 5.5-6.5kWh/m² per day and an average DNI of 2200kWh/m² per year. The state also has stretches of government-owned wasteland that are barren and sparsely populated.

“There is tremendous potential for CSP hybridization in India. One could install a small capacity CSP plant near the conventional coal-based thermal power plants as capacity addition mainly for peak load requirements, or one could add conventional fuel-based capacity to a CSP thermal plant as backup for 24 x 7 operations and also during cloudy weather”, Hiro Chandwani, CEO and founder of Hiro Energy-Tech, tells CSP Today.

He adds that great potential also lies in designing a hybrid plant with another renewable source like wind, tidal or wave energy for 24 x 7 supply of power, which is not possible from individual sources alone. This makes ISCC ideal for industrial applications that need uninterrupted power. “The only challenge would be the possibility of future scarcity and higher costs of coal”, Chandwani notes.

The reality of falling PV prices in the international market cannot be ignored; having reversed the interest of some developers for investing in CSP, while the cost-competitive bidding route followed by the Indian government for awarding solar projects has also limited the capacity allocation for CSP systems in Phase Two of the National Solar Mission (NSM).

However, the MNRE recently announced a separate CSP hybrid program through which it will support the development of four hybrid pilot projects: the first, planned for Rajasthan, will be a CSP plant integrating hybrid cooling, with the objective of reducing water consumption; the second involves a CSP plant with steam temperature above 500 Cº; the third will be a CSP plant with 10 or more hours of solar thermal salt storage to achieve round the clock operation; and the fourth will comprise a CSP plant with 30% natural gas support, which is likely to be in the form of an ISCC.

“The capacity of each project will be decided based on land availability and the commitment by the respective state government. Plant capacity may change from 20MW to 50MW depending upon the land size made available by each state”, explained a senior adviser on the Indian solar power industry, who preferred to remain anonymous. Commenting on the current coal deficits, he stressed that India has huge coal reserves which need to be explored. “The ongoing reforms and infrastructure development in the coal sector will address the present crises”.

Demonstration projects in the upcoming CSP hybrid program will be site-specific and located one each in the different states, including Rajasthan, Gujarat, Tamil Nadu, and Andhra Pradesh. Most importantly, the government will be facilitating the allotment of land, water resources, grid interface and connectivity, geotechnical reports, environment and forest clearances, and Power Purchase Agreements (PPA) with distribution licensees. Projects are expected to be evaluated and selected through a transparent and competitive bidding process under the guidelines of the MNRE and the Renewal Fuel Standard Program.

At present, four ISCC plants are operational worldwide: the 150MW Hassi R’Mel in Algeria of which 25MW comes from CSP; the 470MW Ain Beni Matar in Morocco where 20MW is provided by CSP; the 140MW Kuraymat in Egypt from which 40MW is generated through CSP; and the US’s first hybrid solar thermal facility – the Martin Next Generation Solar Energy Centre in Florida that has a 75MW CSP capacity.

China, Mexico and Iran are also constructing ISCC plants, while Turkey is constructing the world’s first Integrated Renewables Combined-Cycle plant in Karaman. The 530MW Dervish project will feature a General Electric combined-cycle gas turbine fed with 50MW of solar-generated steam and 22MW of wind turbines, scheduled for completion by 2015.

Until recently, ISCC technology was not formally recognised under the NSM, and thus related projects could not technically be taken up under the framework. But with the introduction of the new solar-thermal hybrid program that comes under the MNRE’s energy strategy for 2011-2017 and will involve interaction with the Ministry of Petroleum and Natural Gas, the picture is about to change.

To comment on this article write to the author, Heba Hashem