How will India incentivize CSP?

Running from 2013 to 2017, the second phase of India’s National Solar Mission (NSM) will be subjected to several changes, including a reduced capacity allocation for CSP and the possible introduction of a new incentive scheme. These adjustments, however, should work favourably for CSP developers. 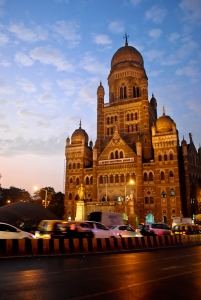 India’s national solarisation goal for phase one targeted a 50:50 capacity allocation for CSP and PV. But due to the long gestation periods of CSP projects, the upcoming phase will adopt a 30:70 approach, with 3,000MW to be allocated for CSP and 7,000MW for PV. Out of the 3,000MW CSP capacity, 1,200MW will be under the NSM and 1,800MW will be under individual state portfolios.

An important lesson learnt by the government during the first phase of the NSM was to not over-commit itself financially, which has led to the consideration of two incentive options for the second phase: the GBI and the Viability Gap Funding (VGF).

According to the India Solar Compass report, the GBI is a less likely option for phase two, since the Ministry of Power (MoP) does not have adequate unallocated conventional power that can be bundled with solar energy produced under the NSM – given that many energy-deficient states have been overdrawing power from the grid.

“The bundling scheme is unlikely to stay as unallocated power is not available anymore”, states Gopal Somani, an independent advisor on India’s solar power market. Consequently, the MoP will not play any role in phase two and the Solar Energy Corporation of India (SECI) will take over.

The MNRE has already used the GBI to incentivize solar energy installations, offering producers a constant amount for every unit of power injected into the grid over a period of 25 years. But solar power prices are falling rapidly and the government wants to avoid over-committing itself to incentivizing solar beyond the point of time the industry requires support.

As an alternative, the MNRE is considering the VGF to incentivize solar in phase two, a scheme which has been used for Public Private Partnership infrastructure projects like roads, airports, railways, ports, and large conventional power plants, but not yet for solar power projects.

Unlike the GBI, the VGF is a one-time or short-term capital assistance that bears a part of the high capital investment required in setting up a CSP project. This could take various forms, including credit enhancements, supplementary grant funding, loans, and interest subsidy. For solar projects, VGF would be provided through the National Clean Energy Fund, while the newly incorporated SECI would be appointed to oversee the process and carry out disbursements.

“It is expected that the government might consider VGF mechanism for disbursing the available funds, under which projects asking of minimum financial support would get selected first. This will surely be a positive development as it would introduce competition among project developers leading to price discoveries”, Shahid Hasan, associate director at the Energy and Resources Institute in India, tells CSP Today.

Within the VGF mechanism, two options are being actively studied: offering incentives per unit (kwh subsidized), or offering a percentage of CAPEX per megawatt. “If implemented, the scheme would aim for a target tariff of between Rs.5.50 to Rs.6 per unit for CSP”, notes Somani.

So far, the bidding mechanism was based on a discount on an initial tariff set by the Central Electricity Regulatory Commission. However, under the new mechanism, developers would submit their bid for minimum capital funding required per MW for them to make the project viable. They would have to justify the maximum price at which power can be sold in the market and based on that, the minimum capital funding required for the developer to sell the power at that price.

Under the VGF, the NTPC Vidyut Vyapar Nigam (NVVN) will no longer be the off-taker for projects, which means payment security will be a major concern for both project developers and financing institutions. Instead, developers will have different off-takers and banks will need to perform a credit due diligence for each off-taker. But since most of India’s power distribution companies make losses, this will be a source of worry for banks. One way to reduce these risks is to create a portfolio of off-takers that a plant sells to.

Project developers will also need to find an obligated entity or power consumer that will buy power at the highest price possible before bidding for the minimum required VGF. On the bright side, power produced by plants under the NSM can now be bought directly by any obligated entity to meet its RPO requirements.

“The most obvious option for developers would be to sell power to state distributors that have to fulfil their RPOs”, states the India Solar Compass report. Developers could also sell to other obligated entities like thermal captive power and Open Access consumers. Another potential avenue for sale of power, according to the report, would be commercial and industrial consumers that already pay high tariffs across the country.

“India has offered every possible type of incentive, including attractive preferential tariffs for various technologies, GBI, accelerated depreciation, and RPO. But among the challenges that need to be addressed for realizing phase two’s ambitious targets is the effective enforcement of RPO quota”, says Hasan.

The RPO scheme has been used as one of the regulatory instruments for accelerating deployment of renewable energy, by making it obligatory on part of licensees and retail suppliers to buy a certain percentage of their annual requirement – as a percentage of energy sales – from renewable energy.

Often, the RPO is fixed as a percentage of sales within states, although in some cases, the percentage is applied on the energy supply mix. RPOs vary across India, and are often based on the renewable energy available in each state.

According to Hasan, however, more state regulators are setting the RPO quota based on the potential within the states and consequently the likely impact on tariffs for their consumers. Therefore, “state level RPOs don’t add up to the national objectives as set under the National Action plan on Climate Change”.

And while renewable energy-rich states do not want to take up higher quota, states with poor renewable potential don’t have any incentive for taking up the higher quota. “In view of this, it is important to adopt a top-down approach, whereby national level RPO (in line with national objectives) is designed and disaggregated to arrive at state-level targets”, Hasan stresses, adding that with current trend of small solar RPO targets, the task of achieving phase two targets with the help of just the conducive policies is going to be tough.

Whether the introduction of the VGF and the extension of the RPO will have positive implications for the industry’s progress is too early to predict, as new regulations have not yet been officially announced. However, Hasan warns that “sometimes, too much aggressive bidding with the intention of bagging projects affects long-term project sustainability”.

Meanwhile, other strategies that have proven effective will continue to be used, such as competitive reverse bidding and the domestic content requirement policy for crystalline silicon solar cells – which will extend to thin film in the forthcoming phase.

Calls for India’s phase two bids are expected to take place by mid-December; upon finalizing bid specifications and holding the pre-bid conference. By early January, bids will close and the award of projects should be announced end of March 2013.

To comment on this article write the author, Heba Hashem