How bankable is CSP in the Middle East?

CSP recently made its way into the MENA region through three integrated solar combined cycle plants – in Morocco, Algeria and Egypt – and through the UAE’s Shams 1. With four CSP plants completed in the last two years, will banks start to ease financing for regional developers? 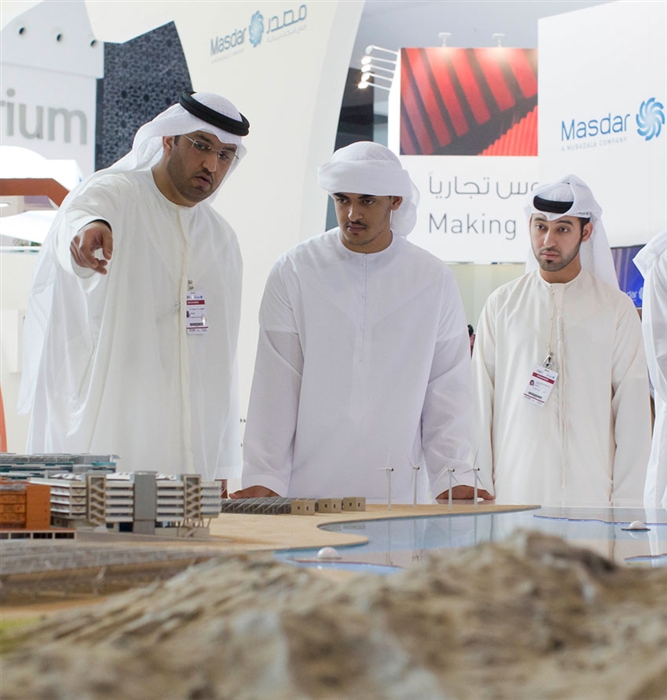 From a tangible project finance perspective, the number of new projects in the Middle East and North Africa (MENA) over the past 12 months has been very limited. The last project was Morocco’s CSP plant – which was financed by a consortium of development banks rather than commercial ones – and prior to that was Abu Dhabi’s Shams 1.

“I think the trend is accelerating. We started in 2007-2008 when Masdar entered the scene and for the longest time it was a one company show. But in the last 12-18 months we’ve seen more and more players; not only on the industry side trying to sell things, but more importantly, on the project developer and buyer side, creating a diversified market for large and small projects”, says Daniel Zywietz, managing director at Ambata Capital, a global clean energy investment firm with special focus on the MENA.

Stumbling blocks
Yet many lenders are still hesitant to entrust the solar industry with their money. One of the main reason they have been shying away from funding solar projects in the MENA is the lack of a solid regulatory framework.

“I think the biggest issue that we see is that the policy frameworks are not in place. From a lender point of view, we look at the PPA being the whole binding document that shows us that there is a policy in place and a framework which can develop the market”, explains Steve Mercieca, director of renewable energy project and export finance at Standard Chartered.

When it comes to the conventional power sector in the region, Jordan, Saudi Arabia, Bahrain, and other countries, have all established frameworks, and the same approach needs to be adopted with solar power.

“In the MENA region, conventional IPPS have been financed for a number of years. Jordan, which might have a slightly lower credit rating than Saudi Arabia, has financing available. It’s a question of having the right multilaterals joining in, and paving the way for commercial banks to then take the risk”, says Mercieca.

Other hurdles lie in dealing with authorities in the region. “As far as the GCC is concerned, I’ve previously worked for Masdar, and we were involved in the start-up of solar projects here. I know of the challenges in setting up a new industry in the region and the issues related to getting these projects going”, says Philip Moss, managing partner at Mana Ventures, an international clean energy investment firm based at Masdar City.

Moss was referring to the lack of cohesiveness when dealing with GCC governments. “I know it’s very encouraging that we have IPP tenders coming out. But you have a number of different constituencies involved in this”. He notes that there’s always some tension when it comes to dealing with different governmental departments in the region and getting them all on board on the same page”.

How can we bridge this gap?

Until MENA governments establish a solar energy framework that financial institutions are willing to back, financing experts agree there will be very little momentum. Moss suggests that governments should look at large-scale, utility-scale projects; forgetting about issues like building a new grid to support solar projects out in the middle of the desert, and focusing on things like distributed generation, demand side management of energy, and existing technology that can integrated into the existing infrastructure.

“To create a whole new industry based on the supply side is not the way how I see the current trend in the region. I think there’s going to be more efforts on the demand side, and financing the demand side, because it uses existing infrastructure”, Moss notes.

Very few countries around the world have managed to deploy large amounts of distributed generation as the GCC nations, which shows there is sufficient capital that could be utilized for feasible projects. “If you set the right framework or if the market conditions are right, significant amounts of funding – in billions – can be mobilized, and there can be a real market”, Zywietz stresses.

Creative financing on the cards

Moreover, there is a clear divide across the region: the Middle East has a tradition of large, state-owned, centralized actors in the energy sector, and that’s where large megawatt numbers come from –centralized tender processes – whether in Saudi Arabia, Abu Dhabi or Dubai.

Looking at the wider region, to Africa and Central Asia, the markets are visibly different. In many of these places, there are no hundred-megawatt plants, not even in the conventional power sector. Yet there are millions of people that are either without power or relying on unreliable and expensive diesel generation, in both small villages and industrial enterprises.

“We have been in conversations recently with people in the construction, mining, and military (across Tanzania, Ethiopia and other parts of Africa) that are running significant capacities, tens and in some cases hundreds of megawatts, in locations that are reached by the conventional power sector in the sense that there’s a grid with cheap power”, says Zywietz.

“These are very diverse markets, and very intransparent, but they have significant volumes where the economics are extremely favourable if you throw in solar or wind in the right locations against diesel-fired generation at today’s prices. They will be very economically competitive, as long as you can make the financing work”, he points out.

This is obviously a challenge to the traditional financing institution, which typically requires a 25-year PPA. “Those people (in the African and Central Asian markets) haven’t been around for 25 years and they certainly wouldn’t know if their mine or airfield will still be standing in 25 years”, Zywietz notes.

However, if the payback time of the project was only 3 or 4 years, there should be a way to make it work, he adds, through a combination of equity, debt, and perhaps some slices from multilaterals. But some creativity would be required, as this is not something a lender could do with a standardized PPA.

Speaking on behalf of Standard Chartered, Merciera highlights that they have been floating around the idea of starting financing instruments other than straightforward debt, to be applied to clean energy projects.

“No conventional IPP in the region has utilized a bond take out, although there’s one in the works, which will be the first such a deal in the region. We’ve explored the idea and it’s something that might happen in the future”. He notes that once the bond market starts developing in the MENA and conventional IPPs start to be refinanced through that, it would be a viable option.

With the cost structure of CSP still considerably higher than other technologies, and as PV prices continue to fall, developers may assume that banks have a preference for PV-based projects.

“We do not favour PV over CSP. I understand there are differences in tariff and output between PV and CSP. PV is cheaper than CSP. But in Morocco for example, they have three-hour storage with the parabolic trough technology, so there’s a difference in output”, Mercieca clarifies.

I think there may be some reluctance until there’s a track record and a better understanding of newer technologies in the CSP sector. But if you look at the parabolic trough, it is a well-bankable technology”. Spain has over 1GW of CSP, while South Africa is deploying about 200MW. For CSP projects, we look at the technology, who’s backing it, who’s supplying the modules, who’s the EPC contractor, who’s doing the O&M, and whether they will be around in a couple of years”.

Whether the contractor and supplier will still be around in a few years is in fact one of the biggest credit concerns, which has led financiers to place special focus on the supplier’s balance sheet.

As more awareness develops around the long-term feasibility of CSP, more lenders will open up to endorsing solar thermal projects. Ultimately, they key lies in the government’s hands, as the establishment of a policy framework will provide the biggest stimulus to the industry and spur banks to be part of this multi-billion-dollar solar market.