New CSP capacity is expected to dip in 2016 and bounce back in 2017 to resume steady growth over the next decade as national energy policies stabilise market conditions, according to the newly released CSP Today Markets Forecast Report: 2015-2025. 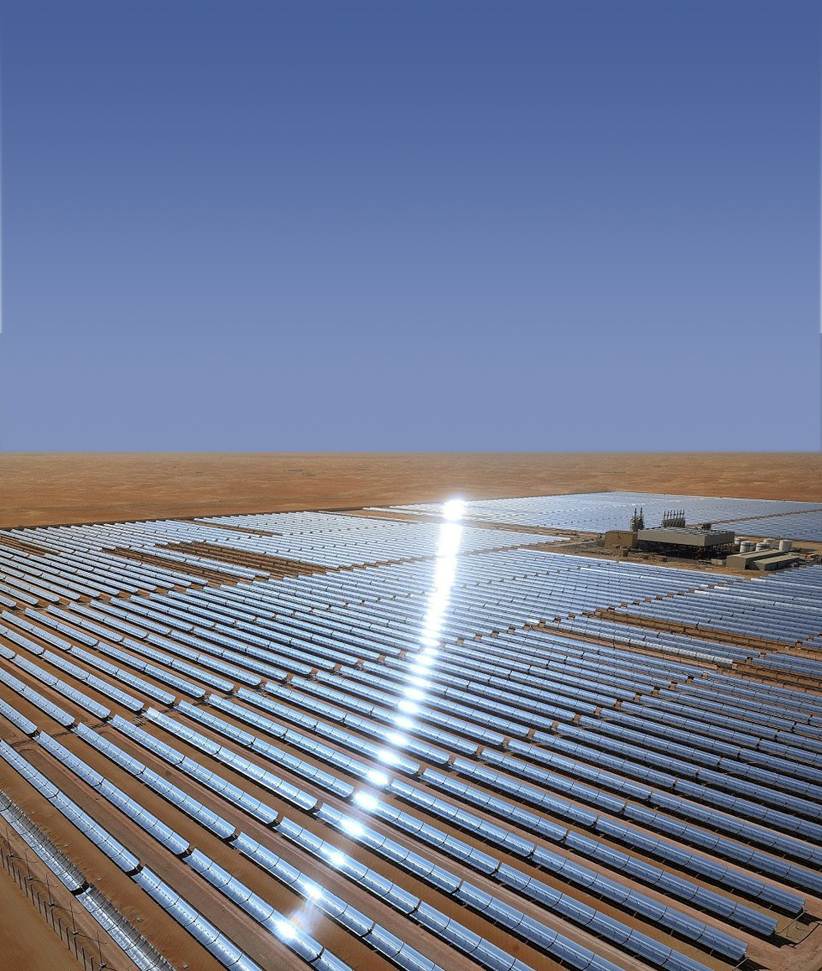 The CSP industry has come a long way over the last 10 years, demonstrating the technology’s use for a wide range of applications and reinforcing the value of CSP with energy storage in developed and emerging markets.

In the short term, uncertain national energy policies and decreasing PV prices will put pressure on CSP installation rates and this will result in a temporary drop in 2016, according to the CSP Today Markets Forecast Report: 2015-2025.

However, in 2017 activity should pick up, with 1.2 GW of new installed capacity set to come online and in 2018 there will be even stronger growth, partly due to large projects announced in Tunisia, Egypt and Kuwait.

The report predicts significant growth in global CSP capacity, rising from the current 4.7 GW to reach a capacity of between 10 GW and 22 GW by 2025, reflecting pessimistic, conservative and optimistic scenarios.

CSP plants have already proven their competitiveness when it comes to dispatchable generation. CSP with heat energy storage is the only renewable energy technology with the ability to deliver electricity consistently during peak times.

However, PV and wind power prices have fallen heavily in recent years and technology maturity alone cannot determine future CSP demand. Many other forces are at play, such as conventional power costs and localized influences such as national energy demand and government incentives.

The CSP Today Markets Forecast report assesses 462 factors across six key markets – Chile, India, Morocco, Saudi Arabia, South Africa, and the USA – and shows while many drivers apply across all active renewables markets, many others are country specific.

In Morocco, where energy security has been a persistant challenge due to the lack of indigenous fossil fuels, this need directly spurred CSP deployment and was a reason for the government’s endorsement of the technology through programs led by the Moroccan Agency for Solar Energy (MASEN).
This commitment encouraged the involvement of multilateral development banks and led to the successful tendering of CSP projects.

In the mid-term, however, national energy policy will overtake energy demand as the primary driver for CSP growth in Morocco.

The Markets Forecast Report predicts that CSP deployment will fundamentally stem from the country’s target to install 42% renewable energy capacity by 2020, having already achieved its previous target of 8% by 2012.

Like Morocco, South Africa’s limited oil and gas reserves, as well as over-dependence on coal, were among the key factors that galvanized the roll-out of CSP projects, with 1.2 GW of installed CSP capacity targeted by 2020. And here, too, CSP has been endorsed by the government and international financial institutions.

The Markets Forecast shows that the direct correlation between local energy demand and mid-term CSP development is expected to contribute to the longevity of the South African market, whether a pessimistic or optimistic scenario is chosen.

High electricity prices have also been one of the most significant factors driving the deployment of renewable energy technologies worldwide; therefore, local demand for cheaper energy will likely play a decisive role in future CSP growth.

Power price spikes have been a major factor in Chile, where the project pipeline currently includes one operational plant and another under construction, as well as several projects under development and planning.

However, the Markets Forecast Report cautions that the volatility of Chile’s electricity prices – due to a variety of factors including the impact of transmission grid development and increased portfolio of renewables – makes long-term prediction more complicated in the country, affecting the overall investment climate.

India is also experiencing a rise in electricity costs based on fuel feedstock price swings and subsequent government measures. The latest decline in oil prices, for instance, provided an opportunity for the government to abolish subsidies on fuel and instead impose a tax on them. According to research from the World Bank, India has been taxing around $60 per ton of CO2 for petrol, and $42 per ton for diesel.

Moreover, the country recently declared that it will stop importing thermal coal for electricity generation by 2021.

Despite some residual issues, such as limited project finance outlay, the country showed a positive outlook for the long-term. Seven CSP plants totalling 232 MW are currently operational in India, besides 26 MW under construction and 10 MW under development.

The energy situation gets more complicated when fossil fuels and solar resources are both abundant. In such markets, priorities must be made without compromising the economy’s main source of revenue.

Saudi Arabia, for example, has the largest electricity-generation expansion plan in the Middle East– one that aims to raise installed capacity to 120 GW by 2032, but the reality is that there is no immediate need for CSP – or any renewable technology for that matter – given the substantial availability of fossil fuels.

Saudi Arabia has some 265 billion barrels of proven oil reserves, according to OPEC figures, and its proven natural gas reserves are the fifth largest in the world. The Gulf country recently revised its renewable energy target to 30 GW by 2040, instead of 50 GW by 2032.

Similarly, the United States has no urgent requirement for CSP-generated electricity. With the world’s largest installed CSP capacity - nearly 17.7 GW – and an ever-growing share of wind, PV, and shale gas, the US market is the least likely to be influenced by local energy demand in medium-term, according to the CSP Today Markets Forecast.

However, the US and Saudi Arabian markets are both still active. Three Integrated Solar Combined Cycle projects have been announced in Saudi Arabia so far and are progressing, and several international CSP manufacturers have been acquired by Saudi Arabian companies. These movements are reflected in the CSP Today Markets Forecast, which shows a significantly upward trend for the Saudi market, particularly from 2019 onwards.

In the U.S. five CSP plants totalling 373.5 MW are planned and due to be completed in the near or medium–term, according to the report.

Meanwhile, CSP’s expansion into emerging markets is expected to continue and the pace of growth will ultimately be determined by a combination of national and global market forces.