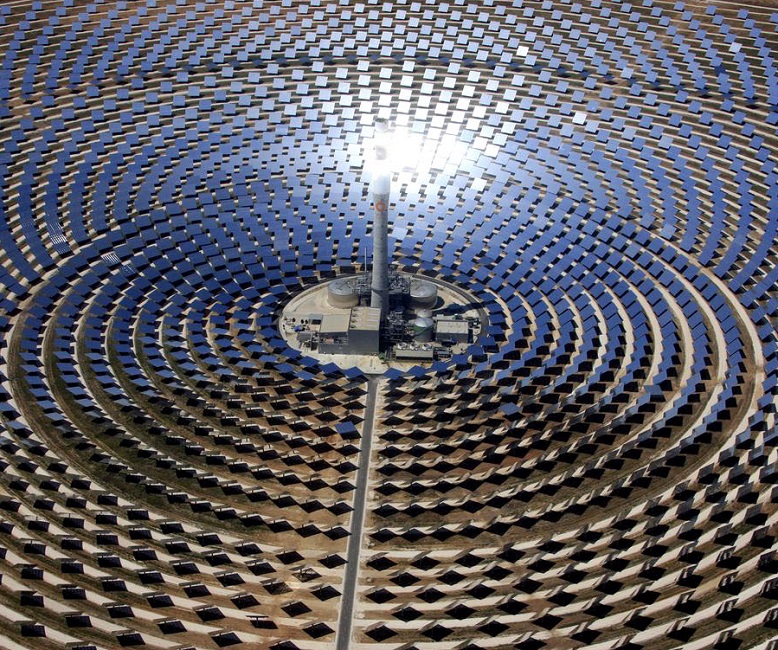 The Dubai state utility plans to issue a Request for Proposals (RfP) for a 200 MW solar tower plant before the end of 2016, after selecting a consortium led by KPMG Lower Gulf to advise on the tender.

The CSP plant is to include 8 to 12 hours of thermal energy storage and be built by 2021 within the Mohammed bin Rashid al-Maktoum Solar Park.

DEWA’s target price of around $80/MWh is around half that signed for ACWA Power’s Noor III tower project in Morocco, set at $163/MWh in 2015.

“The $80/MWh target in Dubai is a stretch target, but it's conceivable they will at least approach that,” Jonathan Walters, an independent energy economist and former World Bank regional director in the MENA region, told CSP Today.

Dubai has already demonstrated investor confidence in renewables by setting a record-low PV price of 2.99 cents/kWh earlier this year for the 800 MW DEWA III plant at the Mohammed bin Rashid al-Maktoum solar park. A Masdar-led consortium submitted the winning bid.

“This has led to price wars on the photovoltaics front, and CSP will likely not be immune to this…I would not be overly surprised if the winning tariff for Dubai's CSP project falls below $80/MWh,” said Norman, whose team focuses on project finance and acquisitions in the power sector.

“The greater the penetration of CSP with storage into the market, [the further] costs will continue to fall,” Philip Hale, SolarReserve’s MENA development director, told CSP Today.

SolarReserve recently bid a 240 MW project in Copiapo, Chile at a record-low CSP price of $63/MWh, based on technological advancements and local supply chain optimisation.

“China has just announced it will have 1,000 MW in place by the end of 2018, and there are large investments being made in Morocco, South Africa, and Israel,” Walters said.

The global levelized cost of electricity (LCOE) of solar towers is forecast to drop by 43% to $70/MWh by 2025, according to a recent report by the International Renewable Energy Agency (IRENA). Global installed costs for towers with storage are set to fall by 37% to $3,600/kW by 2025, it said.

Cost reductions will be driven by improvements in heliostat reflectivity and receiver efficiency, which will result in higher operating temperatures of 565 to 600 degrees Celsius, IRENA said.

The outcome of Dubai’s tender could also influence bid prices for planned projects in the region, such as Morocco’s Noor Midelt, which will comprise two hybrid CSP-PV power plants.

The UAE and Morocco are the only countries in the Middle East currently developing standalone CSP. Both countries have adopted IPP models for solar projects, although differences in state ownership have had a direct impact on project risk and price.

In Dubai, private investors have had access to smaller project shares as DEWA typically takes a stake of between 51% and 60%, while the Moroccan Agency for Solar Energy typically takes a 25% stake in Moroccan projects, Norman said.

On the flipside, Morocco has relatively high local content requirements “whereas Dubai's are lighter and more reflective of market realities”, Norman said.

Developers will also have to factor in tighter bank reserves since the slump in global oil prices.

The record-low price for the DEWA III PV project was 49% lower than the winning bid for the 200 MW DEWA II PV project in 2014 and this price drop was largely due to lower EPC and O&M contract prices rather than any significant change to debt pricing.

Developers bidding for Morocco’s Noor Midelt CSP project, for example, are allowed to submit either a synthetic oil parabolic trough with storage plant design or a molten salt tower with storage.

“The development of country models inevitably benefits other countries and regions at large. If Dubai successfully procures this project and achieves competitive pricing, the expectation is that markets such as Saudi [Arabia] and others will follow,” Norman said.