Saudi Arabia’s 41GW by 2032 solar plan has attracted remarkable attention from the global CSP industry when it was announced this summer, given that 25GW of the planned capacity will be generated through CSP. 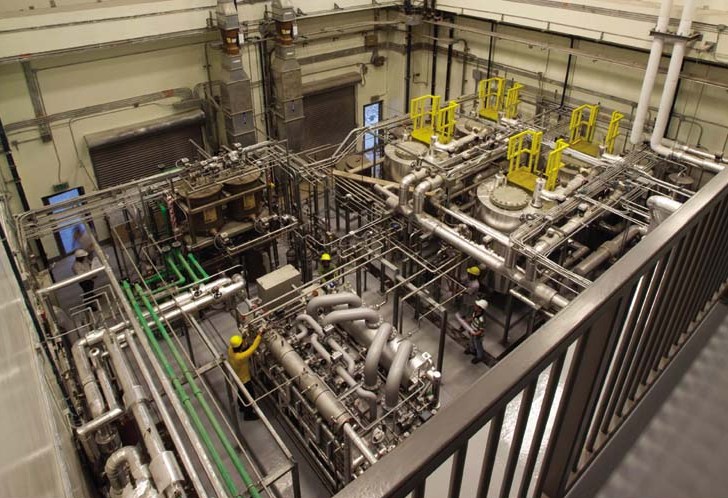 King Abdullah City for Atomic and Renewable Energy (KACARE)has also revealed that CSP would eventually provide 12-17% of the total electricity generation in the country. What progress has been made since then?

As previously reported by CSP Today, the first bidding round for Saudi Arabia’s solar projects is expected to open in the first quarter of 2013, when 0.9GW of CSP will be tendered, while the second round, planned for the third/fourth quarter of 2014, will offer 1.2GW of CSP – with the minimum project size for sale being around 5MW.

The massive $100 billion solar program drew project proposals from Spain’s Abengoa; Germany’s Siemens and Novatec Solar; Saudi-Arabia’s Acwa Power; and US-based Solar Reserve, which has been active in the kingdom since early 2011.

One of the newest entrants to the Saudi solar market is Colorado-based Sky Fuel; a parabolic trough manufacturer that is currently seeking local partners to establish its presence in the kingdom. “The company is in talks to identify a partner for the local production of Sky Trough, a proven solar thermal power system, and to work with CSP project developers throughout Saudi Arabia and the Middle East”, Sky Fuel’s CEO Rick Le Blanc said.

According to the American firm, Sky Trough benefits from lower operation and maintenance costs due to the use of unbreakable ReflecTech-based mirrors and low auxiliary power use for the integrated drive and control system.

UAE’s government-owned Masdar also announced it is looking to invest in solar energy projects in Saudi Arabia. “We are proactively seeking partnerships in Saudi. I can’t tell how much now because it depends on the market and the regulatory framework but we are seriously and closely looking at the Saudi Market”, Masdar’s CEO Sultan Al Jaber said in a statement.

The kingdom’s move towards solar is far from being coincidental; there are pressing drivers at play behind this accelerated interest.  Firstly, Saudi Arabia’s population is forecasted to increase from the present 28 million to 31 million and 37 million by 2015 and 2020, respectively. And secondly, power consumption in the country is expected to grow at an annual rate of 8% over the next few years. “If Saudi Arabian oil consumption grows in line with peak power demand, the country could be a net oil importer by 2030”, Heidy Rehman, an analyst at Citibank, recently said.

Equally crucial is that Saudi Arabia is a desert country with no permanent rivers or lakes and very little rainfall, thus water is scarce and extremely valuable. To obtain water, the kingdom has relied on underground reservoirs for more than 40 years. However, these natural aquifers are being quickly depleted, threatening the 28 million residents as well as industrial development.

According to The World Bank’s Renewable Energy Desalination Study, groundwater recharge is predicted to decrease in almost all MENA countries. “This decrease is generally much stronger than the projected decrease in precipitation because of the nonlinearity of hydrological processes. In relative terms, some of the largest changes in groundwater recharge (more than -40 percent) are predicted for the Gulf States, Oman, Saudi Arabia, and UAE”, the report states.

The second major source of water in the kingdom is seawater; made portable by Multi-stage Flash Distillation and Reverse Osmosis desalination. The Saline Water Conversion Corporation (SWCC) of Saudi Arabia currently operates 30 desalination stations that produce 3.5 million m³ of potable water daily, providing more than 70% of the water used in cities and a sizeable portion of industrial needs.

This heavy dependence on desalination has made Saudi Arabia the world’s largest producer of desalinated water, accounting for at least 17% of the total world output. Moreover, its per capita water consumption is a staggering 94% higher than the global average, according to a new report by the SWCC.

In fact, the kingdom has invested $25 billion in the last 80 years on the development and operation of desalination technologies, and the National Water Company plans to spend $66.4 billion over the next eight years on water and wastewater projects, of which $11 billion will be spent on more desalination plants.

As suitable as it may be for desert environments, desalination is known to be an expensive process due to its high energy consumption. And since Saudi Arabia is trying to cut down domestic use of oil and natural gas to save it for export, relying on fossil-fuel burning desalination plants will be unfeasible in the long run.

“In Saudi Arabia, currently desalination alone requires burning approximately 1.5 million barrels per day of crude oil. As water demand continues to grow rapidly, so will the fraction of national energy demand that is devoted to desalinating water. The status quo is therefore not sustainable”, states the World Bank study.

CSP would therefore be exceptionally beneficial in powering the kingdom’s upcoming desalination plants, which is what Acwa Power highlighted at the Fourth Saudi Solar Forum when it presented the business case for the parabolic trough.

Ideal where both are plentiful

Hydrocarbons and sunshine are both abundant in Saudi Arabia, a reality that prompted Siemens and Massachusetts Institute of Technology (MIT) to propose the hybrid fossil-CSP solution at two separate occasions.

A presentation by MIT at the Saudi Renewable Energy Conference earlier this year favourably described hybrid-fossil CSP plants as a suitable power-generation option. This application, they said, would overcome some of CSP’s shortcomings by improving efficiency through higher temperatures, and overcoming the challenges and costs of energy storage.

“Given the significant solar resources in Saudi Arabia, the existing, large national gas and oil electricity generation base, and the fossil fuel reserves, it is clear that hybridizing the two sources for high efficiency dispatchable power without the need for storage is an optimal solution of a low-carbon dioxide, economic electricity base.

Finally, CSP can provide many opportunities for the existing local industry base in Saudi Arabia, as glass, aluminium, steel, and cement are some of the main inputs for CSP installations, and therefore, local manufacture of equipment has been identified a key part of the kingdom’s long-term strategy. Although various alternative power technologies are being considered to replace fossil fuels, CSP will evidently play the largest role in Saudi Arabia’s energy future.

To comment on this article, write to Heba Hashem