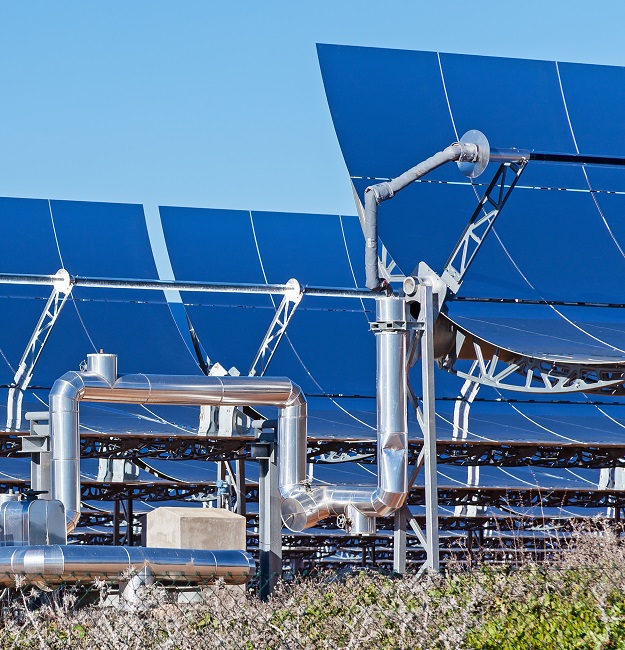 Germany's DLR research center has opened a new test facility which should help to reduce the cost of molten salt storage by "up to 40%," DLR said in a statement September 15.

The Test Facility for Thermal Energy Storage in Molten Salt (TESIS) will be used to test molten salt storage systems and individual components and help bridge the gap between laboratory scale development and industrial applications, the research center said.

"We have conducted thorough research of salt as a storage material in recent years and are very familiar with its potential applications. TESIS will allow us to apply this expertise to energy storage systems in solar power plants and to bring flexibility to industrial processes and conventional power plant facilities as well," Andre Thess, director of the DLR Institute of Engineering Thermodynamics, said.

"The new concept has the commercial benefit of not requiring a second tank...and of being able to replace much of the salt with a comparatively inexpensive filler. The researchers are using the tank to test various fillers made of ceramics or rock that are even more cost-efficient in storing energy," DLR said.

The TESIS facility will also enable industrial partners to define conditions under which they wish to test valves and solar receiver tubes and control the measurement techniques used, it said.

The construction and commissioning of the test facility took 14 months. The project received approximately 3.5 million euros ($4.2 million) in funding from the German Federal Ministry for Economic Affairs and Energy (BMWi) and is partly financed by DLR.

US DOE to provide $62 million to CSP efficiency research

The U.S. Department of Energy (DOE) is to allocate $62 million to new research and development (R&D) projects which help lower the cost of CSP technologies, DOE said September 12.

The DOE’s Sunshot program aims to reduce the levelized cost of energy (LCOE) of CSP plants to below $60 per MWh by 2020.

The new Generation 3 Concentrating Solar Power Systems (Gen3CSP) funding program will support the development of high temperature, lab-scale subcomponents and the integration of these components into assemblies and systems. The funding is expected to be distributed to around 12 projects.

The funding program will be split into two phases. The first phase will address the gaps in technology pathways and the second phase will involve the construction of a test facility that will allow researchers, developers and manufacturers to prepare systems for large-scale deployment, the DOE said in a statement.

NWEPDI has far more ambitious plans for Akesai. The developer has earmarked a 40-mile site where it plans to develop 2.1 GW of capacity by 2025, CSP Plaza reported, following a meeting of local stakeholders. NWEPDI plans to build a further 5.3 GW in a second development phase, the report said.

The CSP industry faces increasing competition from PV and wind projects in the coming years and China will play a key role in driving down CSP costs.

China’s first batch of projects must be completed by the end of 2018 to be eligible for the Feed-in-Tariff (FiT) of 1.15 yuan/kWh ($170/MWh). Chinese deployment efficiencies will soon feed in to other markets, Xavier Lara, executive director at engineering organization Empresarios Agrupado, told New Energy Update in April.

“China’s demonstration projects represent roughly one-fourth of global installed CSP capacity and they plan to connect them to the grid by end of 2018. This will certainly lower prices,” Lara said.

Prices of CSP equipment in China, including steam turbines, generators and receivers are already falling faster than in western markets, said Lara, whose company is working with several CSP developers in China.

The creation of a domestic CSP industry will allow Chinese EPC contractors to export their expertise and this will further reduce costs, he said.

The companies plan to invest 15 billion yuan ($2.3 billion) in projects located in northern and north-eastern China, the report said.

Under the agreement, Shouhang will supply technology and engineering procurement construction services. CNLNPC will focus on financing, development, engineering management, and operations.