European CSP capacity to reach as high as 5 GW by 2030; Acciona sells Spanish plants for $1.34 billion 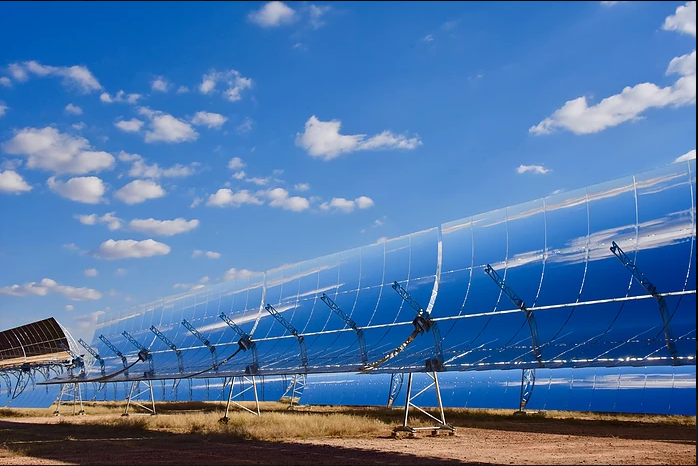 The European Union’s total CSP capacity could reach as high as 5 GW by the year 2030 if all the pieces fall into place, a study by the International Renewable Energy Agency (IRENA) has found.

Spain’s first CSP plant went into operation in 2008, and it is still the only European country with commercial CSP plants. It has 2.3 GW of CSP capacity, accounting for almost half of the current 5 GW of global capacity. CSP activity has shifted from Spain and the United States to developing countries since 2015, the Renewable Energy Policy Network for the 21st Century (REN21) noted in its 2017 annual report. Activity has continued in Europe on a pilot scale, including the construction in France of a 9 MW Fresnel facility, and the construction in Denmark of a hybrid biomass-CSP facility incorporating 17 MW of CSP, the REN21 reported noted.

Under IRENA’s base-case scenario, Europe will have 4 GW of CSP capacity by 2030. But under its REmap study, which analyses what is technically possible and cost-effective from a societal perspective by 2030, that figure will rise to 5 GW.

The REmap analysis – conducted by IRENA in close collaboration with the European Commission, as well as with national and international experts – concluded that the EU can double the renewable share in its energy mix from some 17% in 2015 to 34% in 2030 if the right enabling frameworks are put in place. 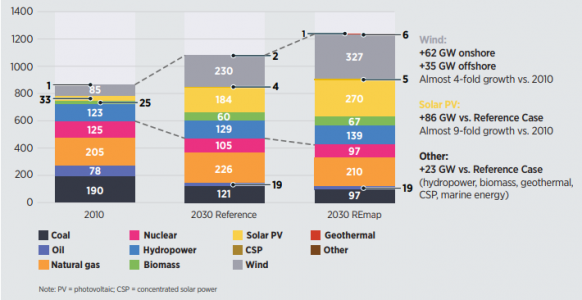 Installed power generation capacity by source in the EU in 2010, and in 2030 by reference case and REmap scenarios. CSP capacity will grow to 5 GW in the REmap scenario, but is still a small fraction of overall capacity (Source: IRENA and University College Cork)

Acciona has agreed to sell its five Spanish CSP plants, with a combined capacity of 250 MW, to British firm ContourGlobal for at least 1.09 billion euros ($1.34 billion).

The five assets are Palme del Rio I and II in Cordoba, Majadas in Caceres, and Alvarado and Orellana in Badajoz. The sale, which is subject to approval by Spain's National Markets and Competition Commission, will enable Acciona to reduce debt by 760 million euros this year. The transaction could be worth as much as 1.12 billion euros if certain milestones are met.

Upon completion of the deal, Acciona will have 8.77 GW of power generations assets, of which 84% are wind farms and the remainder are mostly based on PV, hydroelectric, and biomass technology. It will still have a foothold in the CSP industry, through its indirect ownership of Acciona Energy International’s 64 MW Nevada Solar One plant.

This is the second deal in a month for Spanish CSP assets, after wind and PV operator TerraForm Power agreed to acquire all of Saeta Yield’s plants – also with a combined capacity of 250 MW.

Morocco’s Ouarzazate to be completed by June

The 510 MW Noor CSP complex at Ouarzazate will be completed by the end of June, Mustapha Bakkoury, head of the Moroccan Agency for Sustainable Energy (MASEN), has told a press conference.

Noor 2, a 200 MW plant using parabolic trough technology and six hours storage, will be commissioned by May at the latest, Bakkoury said, according to news reports of the press conference. Noor 3, built around a 250m solar tower with seven-and-a-half hours storage, will be ready by June, he said. Noor 1, a 160 MW parabolic trough power plant, has been in operation for more than a year.

The 100 MW Kathu Solar Park CSP plant has been connected to the South African grid, engineering and technology partners Sener and Acciona have announced.

Kathu, located in the Northern Cape Province, 600 km south-west of the capital Pretoria, will supply energy to 179,000 homes, according to South Africa’s Department of Energy. It is equipped with 4.5 hours of molten salt storage, and uses SENERtrough-2 collectors, Sener’s patented parabolic trough technology.

The complex was one of three projects awarded in the third round of South Africa’s Renewable Energy Independent Power Producer Procurement Program. The ENGIE-led consortium that won the tender appointed Sener and Acciona Industrial to provide EPC services for the project. Construction began in May 2016 and is due for completion in late 2018.

This is Acciona and Sener’s second solar project in South Africa, the first being the 50 MW Bokpoort CSP plant in Upington.