Patent-pending research that promises to calibrate all of a plant's heliostats within hours could prove key to driving down the cost of new CSP projects, one of the project directors told CSP Today. 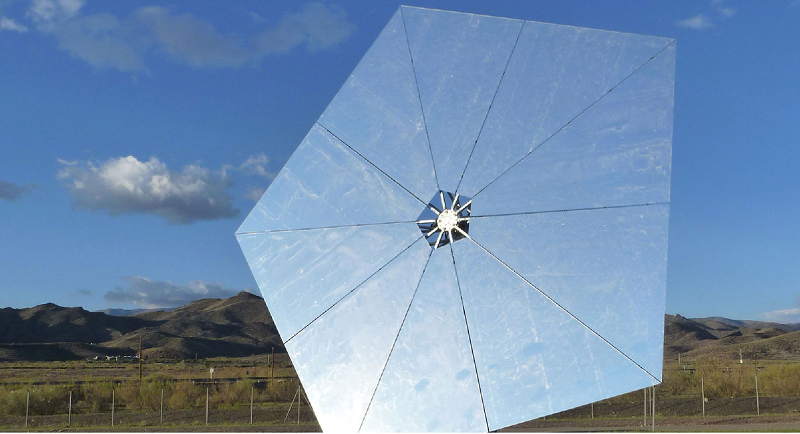 The shape of the heliostat is crucial, SBP Sonne has found (credit: SBP Sonne)

Concentrated solar power is still in an early-enough stage of maturity that even small breakthroughs in the design and operation of heliostats can slash associated electricity costs.

Heliostats typically account for one-third to one-half of the initial capital cost of a new CSP field. Therefore, it is no surprise that the likes of Germany's SBP Sonne, a leading solar power engineering consultancy, and Spain's National Renewable Energy Centre (CENER) are focusing much of their efforts on heliostats.

If heliostats are the largest single cost component in a solar field, the drive mechanism is the largest single cost component in the heliostat. And according to Dr Marcelino Sánchez González, Director of CENER’s Solar Thermal Energy Department, the key to reducing the cost of the drive mechanism is through an improved calibration system.

Existing systems calibrate heliostats one by one, requiring weeks or even months to calibrate a whole plant. CENER and IK4 TEKNIKER are together developing a system that would calibrate all a plant’s heliostats simultaneously, meaning an entire field could be calibrated in a matter of hours, according to Sánchez.

Currently in the patent application stage, the calibration process is based on a low-cost camera installed on each device with several targets scattered throughout the field. The accuracy of a heliostat depends on its position and the movement generated by kinematics. Although these details are known at a design level, variations do arise from manufacturing constraints and lack of stability. In order to tackle this problem, the solution developed by both centres is focused on picture taking and processing the above to identify geometric parameters that have an impact on heliostat kinematics.

SBP Sonne’s big moment came in 2015 with the completion of the Stellio heliostat design. At the time, independent experts confirmed it capable of realizing a levelized cost of energy (LCOE) of 100 euros / m2 (at the tested values in the table below), a 20% cost reduction on other designs. Stellio was launched for the Redstone Project in South Africa, but that project was postponed and SBP is now working on introducing it at the 50MW Hami CSP demonstration project in China.

Several innovations were incorporated into Stellio. The three most recognizable were: a sloped drive axis to suit the yearly sun path and bring about higher stiffness and superior tracking accuracy; dedicated control software with the ability to learn how to compensate for structural shortfalls, thus enabling a reduction in size of expensive steel-based structural components without affecting performance; and the heliostats are nearly circular, to minimize shading and blocking and increase optical quality.

Markus Balz, SBP Sonne Managing Director, says Stellio was a fundamental change, but “with each technology we develop in the parabolic trough or in the heliostats, we still knock off at least 10% on the LCOE. Surely with more maturity and more innovation, generally those steps will be smaller, but at the moment we can still do significant steps.” 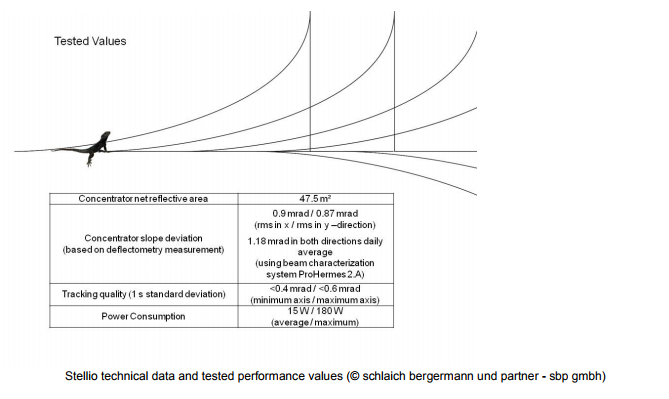 Where could such a significant step come from? For SBP’s part, a second Stellio called “Stellio Automotive” is in the works.

“The Stellio we developed is a heliostat which we called the Stellio Conventional, because it just changes drive orientations, but the manufacturing method is still quite conventional to what we usually do in CSP,” he explained. Stellio Automotive “was researched and it’s in the draw. We couldn’t really build it (immediately) because the time was too short to get to the market, and we were trying to employ the technology to a specific project, and the time schedule from concept to prototype for us was given half a year. We made the first step, which was significant, but the second one is just there to be taken up as soon as we finish the next commercial project.”

Sánchez is every bit as bullish as Balz about the potential for innovation to bring about significant cost reductions. And asked to name potential future technological breakthroughs, Sánchez named one that been implemented successfully in order capital-intensive energy sectors: modular construction.

As optical systems require ever-higher quality and accuracy, there is a need for a conceptual change in how fields are designed, Sánchez said. While existing CSP systems are technically modular , “they are not really modular in a sense that any person could assemble with high-quality heliostats,” he said.

He suggested CSP take a leaf out of PV’s book: “PV has very complex technology. All the complexity is currently inside the module. So from the point of view of construction, the people are installing PV panels the same way as you can install bricks in a building.

“You don’t need to have very high skills to install PV panels. Although the technology itself is semi-conductor technology, everything with the complexity of the technology is inside the module itself. To install a PV field is easy compared to the installation of a CSP field.

“We need to go in that direction: we have to move the complexity from the current on-field construction to try to put the complexity in the components that will be ready manufactured with high quality in factory. Then they should be made in such a way that assembling these components could be easy on field, and by any kind of people - even without specific skills.”

A modular strategy, Sánchez said, could be applied not only to heliostats but also to other components such as receivers.