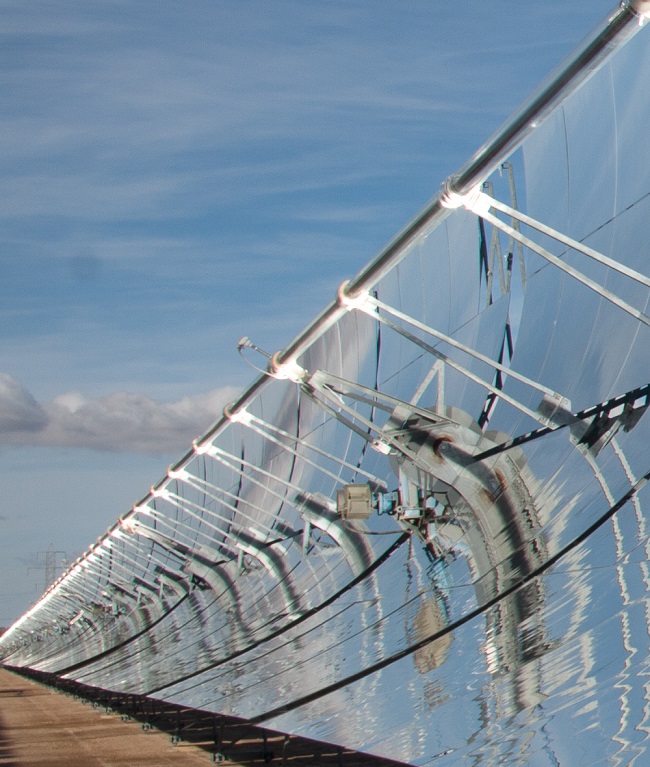 ACWA Power and the Dubai Electricity and Water Authority (DEWA) have signed an agreement with Shanghai Electric Generation Group (SEGC) that will see SEGC conduct engineering, procurement and construction at the 700 MW CSP project in Dubai.

The 700 MW CSP project is the fourth phase of the Mohamed bin Rashid Solar Park and will be the largest CSP plant in the world upon completion. The agreement was signed in Shanghai in the presence of representatives from the Chinese government, the embassies of the United Arab Emirates and Saudi Arabia (where ACWA is headquartered), and officials from DEWA, ACWA Power, the Silk Road Fund, Industrial and Commercial Bank of China (ICBC), Bank of China, Agricultural Bank of China and China Minsheng Bank.

ICBC has been mandated as the lead arranger of a $1.5 billion senior loan, ACWA said in a press release. The Dubai project is a flagship project for ICBC in supporting the three major Chinese power equipment suppliers, namely Shanghai Electric, Dongfang Electric and Harbin Electric, to ‘go abroad’ and break through the sophisticated and established power market, it said. ICBC, Bank of China and Agricultural Bank of China will together provide almost 80% of senior debt.

The Dubai project will come at a total capital investment of 14.2 Billion AED ($ 3.87 Billion). The project, which comes with a record low tariff of just USD 7.3 cents per kilowatt hour (kW/h), will feature a combination of a 100 MW tower and three 200 MW parabolic troughs, which will collect heat and store it in molten salt to supply electricity on demand during the day and through the night. The CSP tower will be the world largest, at 260m.

The fourth phase of the Mohammed Bin Rashid Solar Park is set to save 2.4 million tons of CO2 and half a million tons of natural gas per year, eliminating the need to use foreign currency to import this gas by substituting it with clean and renewable energy, according to ACWA.

U.S. Secretary of Energy Rick Perry has announced up to $105.5 million in funding for solar energy research and development, including a substantial portion for CSP research.

Under the plan, the Department of Energy’s Solar Energy Technologies Office will invest $24 million in 21 concentrating solar power projects. These projects will pursue innovative CSP concepts and technology solutions that enable the solar industry to reach DOE’s 2030 levelized cost of electricity (LCOE) targets for CSP, including $0.05 per kilowatt-hour for systems with greater than 12 hours of onsite storage.

Research in CSP will focus on advancing elements found in CSP subsystems, including collectors and thermal transport systems for advanced power cycles, while pursuing new methods for introducing innovation to CSP research.

The DOE will invest $46 million in 14 projects that deal with advanced solar-integration technologies such as: solar plus storage, power electronics, and PV-integrated sensor technologies. It will invest a further $8.5 million on improving and expanding the solar industry through workforce initiatives, and $27 million on photovoltaics research and development.

“American ingenuity is the engine of our energy economy,” said Secretary Perry. “Investing in all of our abundant energy sources, including solar technologies, will help to drive down costs and ensure that the nation leads the world in energy production and innovation.”

The installation of Brazil’s first heliostat field at the University of Sao Paulo (USP) in Pirassununga was set for completion in April, the Global Solar Thermal Energy Council has reported.

The demonstration plant is part of SMILE, short for Solar-Hybrid Microturbine Systems for Cogeneration in Agro-Industrial Electricity and Heat Production. Once completed, the heliostats will focus sunlight onto a receiver connected to an Organic Rankine Cycle (ORC) system. The heat transfer fluid will be ambient air. The ORC turbine ‘waste’, hot water at 90 degrees Celcius, will be directed to a nearby abattoir.

SMILE aims to construct two industrial solar process heat systems powered by solar energy and biofuel. The second installation will be at a farm in Caiçara do Rio do Vento, in the northeastern state of Rio Grande do Norte; it will produce steam directly in the receiver and channel it to a steam engine and a dairy.

The USP plant’s thermal receiver will have 380 kW capacity and Caiçara will have 350 kW of capacity. The former will have a biodiesel burner installed behind the receiver to even out temperature fluctuations due to varying solar irradiation and achieve a consistent inlet temperature at the ORC turbine. The latter will use waste wood to provide a stable flow of steam.

SMILE is being funded by manufacturing businesses, the German Federal Ministry for the Environment, and the Brazilian Development Bank. During the first stage of the USP demonstration project in spring 2017, local manufacturers built and delivered prototypes of heliostat mounting systems. These prototypes were examined and improvements made before USP commissioned Sao Paulo-based supplier Hydrocom to deliver the design for 73 heliostats of 9 m² size each.