Abengoa Dubai contract valued at $650mn; US to inject $72mn into high-temperature designs 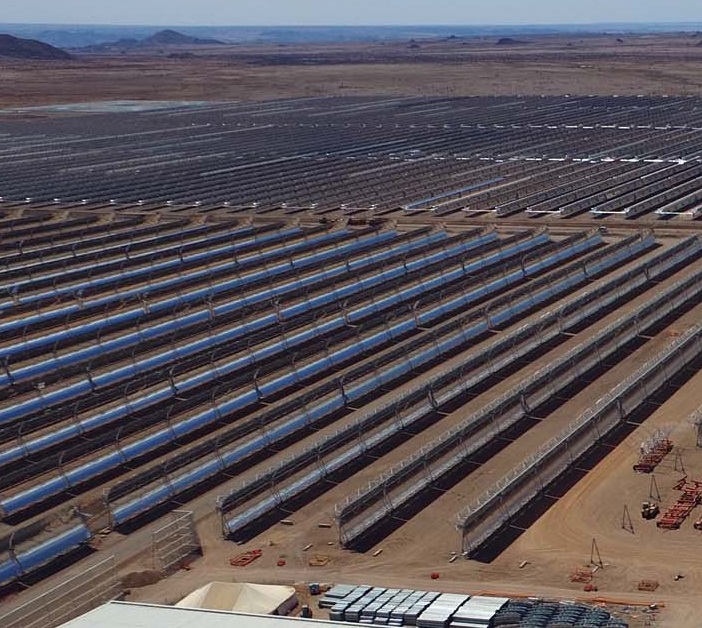 Abengoa's contract to supply three 200 MW parabolic trough plants to the 700 MW DEWA CSP project in Dubai is valued at approximately $650 million, the Spanish company said in a statement May 9.

The dual-technology DEWA CSP project, awarded by the Dubai Electricity and Water Authority (DEWA) in September 2017, sets a new industry record for size and cost-efficiency.

The project will require 14.2 Billion AED ($3.9 billion) in investment and will consist of three 200 MW parabolic trough systems and a 100 MW central tower plant. The project was awarded at a tariff price of $73/MWh and includes up to 15 hours of energy storage capacity.

Abengoa and U.S. developer BrightSource are the respective technology providers for the parabolic trough and central tower plants, bringing decades of CSP industry experience to the project.

Project documents for the 700 MW plant, including the power purchase agreement (PPA) with DEWA and EPC contracts, have been signed and talks with financial lenders are at a "very advanced stage," Meriem Bellizim, ACWA Power’s project manager for the DEWA 700 MW CSP project, told the MENA New Energy 2018 conference on April 24.

"Financial close will be around the end of July, maybe the beginning of August," she said.

The Dubai Electricity and Water Authority (DEWA) will launch a tender for a further 300 MW of CSP capacity with storage before the first quarter of 2019, Saeed Al Tayer, chief executive of DEWA, said May 1.

DEWA plans to spend around Dh81 billion ($22.3 billion) over the next five years to develop its energy infrastructure, Al Tayer reportedly said. Around half of this amount would be spent on independent power producer (IPP) projects, he said.

The LuNeng Haixi plant is being developed by the Luneng Group, a wholly-owned subsidiary of the State Grid Corporation of China. Abengoa will also provide technical support during construction, the company said in a statement. No construction date was provided.

For the Royal Tech Yumen project, Abengoa will supply its E2 collector technology, as well as engineering development and technical support.

US to provide $72 million to high-temperature CSP testing

The U.S. Department of Energy (DOE) is to provide $72 million to research into advanced high temperature CSP plants with storage, the DOE announced May 15.

"If successful, these projects will lower the cost of a CSP system by approximately $0.02 per kilowatt-hour ($20/MWh), which is 40 percent of the way to the office’s 2030 cost goals of $0.05 per kilowatt-hour (kWh) for baseload CSP plants," the department said in a statement.

The research projects will develop integrated assemblies and test components and systems in a wide range of operational conditions.

Over the next two years, three competing research teams will complete a detailed design for a test facility and a single awardee will be chosen to construct the proposed facility. The DOE will provide an additional $25 million to build the test facility, it said.

“These projects will help facilitate the next wave of new technologies and continue the effort to maintain American leadership in this space,” Daniel Simmons, Principal Deputy Assistant Secretary for the Office of Energy Efficiency and Renewable Energy, said.