247Solar to use Capstone micro-turbines; Azelio to build Stirling CSP-storage pilot in UAE 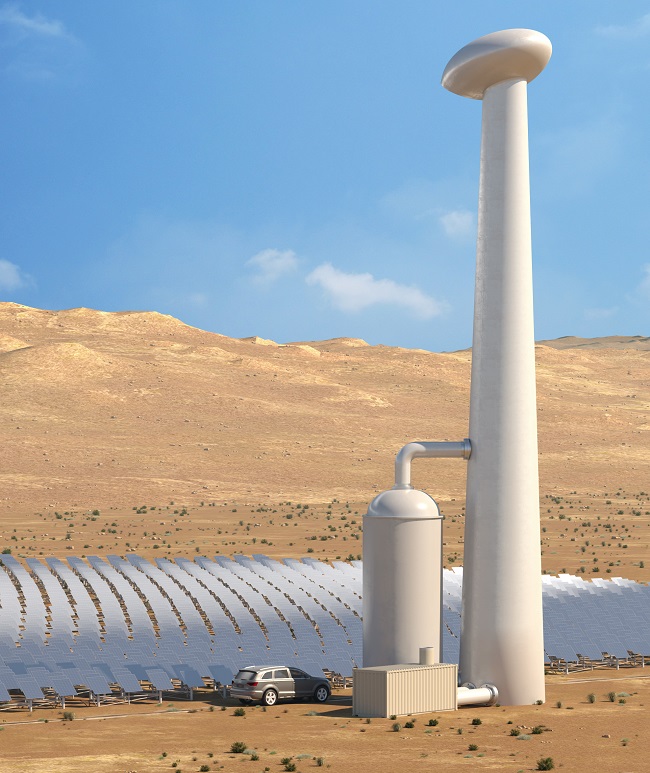 247Solar will attach high-temperature micro-turbine units to each of its CSP plant modules. Initially, the modules will have capacity 400 kW. (Rendered image: 247Solar)

247Solar to use Capstone turbines for first Brayton CSP module

Capstone Turbine Corporation is to supply two micro-turbines to 247Solar's first full-scale CSP plant module scheduled to be built in Morocco this year, the U.S. turbine group said in a statement September 16.

247Solar will build its first fully-operational demonstration high-temperature Brayton cycle CSP plant module at the Ouarzazate solar park in central Morocco. Due online in the first half of 2020, the plant will have a capacity of 400kW and 10 to 13 hours of thermal energy storage.

Supported by the Moroccan Agency for Sustainable Energy (MASEN), the project marks a significant step towards commercial deployment for 247Solar's modular plant technology.

The first commercial 247Solar plants would consist of modular arrays of 400kW CSP tower plants, each providing power through a small turbine. Upon wider deployment, these modules would be expanded to 5 MW units.

247Solar is targeting a CAPEX of $5,900/kWe for the first 10 MW commercial system and 1 GW of deployment could lower the CAPEX to $3,000/kWe, Bruce Anderson, the company's CEO, told New Energy Update earlier this month.

The 247Solar receivers heat ambient pressure air to a temperature of 925 to 1000°C, which is used to drive the turbines. Current CSP tower plants use molten salt as the heat transfer medium (HTM) and storage media, which limits HTM temperatures to 565°C to avoid corrosion and decomposition.

The Capstone turbines will be modified to include a higher temperature heat exchanger, using "ultra-high temperature metal alloys" that are designed to operate at extreme temperatures, the company said in its statement.

"The turbine’s technology is also extremely low maintenance, requiring only four to six hours of maintenance a year," it said.

Startup to full power can be achieved in less than five minutes and the unit can operate at efficiencies down to 50%, he said.

Azelio has developed a modular system that uses aluminium alloy as a storage media which does not require refilling to maintain its efficiency. The system can provide electricity 24/7 and Azelio is targeting remote customers with capacities typically of between 500 kW and 20 MW.

The pilot project will test and demonstrate the system can be used for "current and future" renewable energy plants, including CSP, PV and wind power plants, Azelio said.

In partnership with Abu Dhabi Future Energy Company (Masdar) and Khalifa University of Science and Technology, Azelio will test the power system this fall and analyze the complete power plus storage system in the first half of 2020, it said

Last December, Azelio listed on the Nasdaq First North small caps market in a share issue that generated SEK 242 million ($25.2 million) before transaction expenses. The company would use the funds to continue the industrialization of its power plus storage system, it said.