As budgets shrink, crowdfunding offers an opportunity to derisk investment. 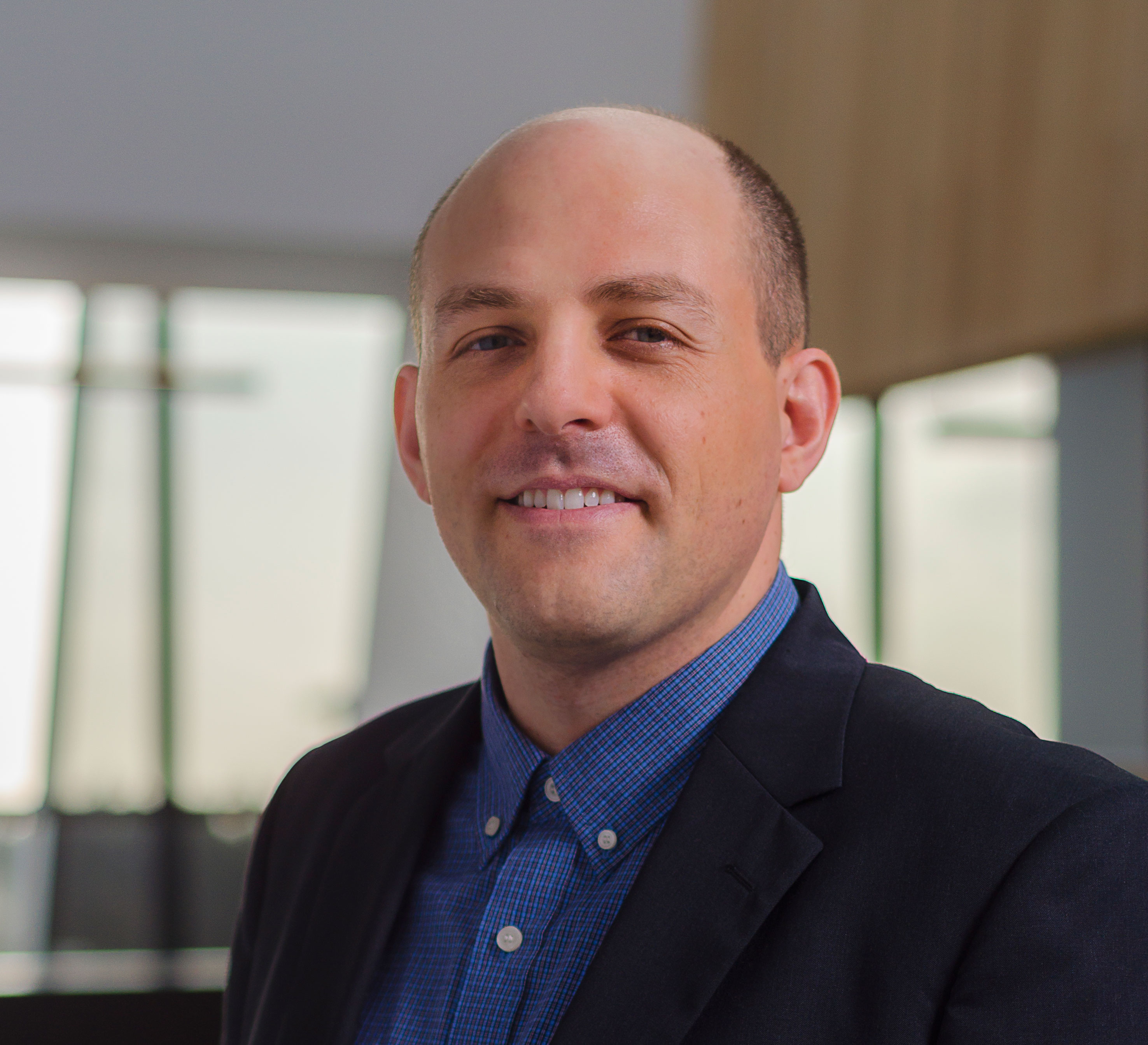 Dr. Nick Dragojlovic, author of a survey of crowdfunding for drug development in cancer and rare diseases.

Best known for generating funds for creative ventures like music, films, and video games, crowdfunding is expanding to health and medical technologies. As it becomes more difficult for investigators to secure grants from major funding bodies, they are increasingly taking advantage of the technology that enables regular people to easily donate relatively small amounts of money through dedicated websites.

Although the leading fundraising platform, Kickstarter, explicitly excludes healthcare-related endeavors from the projects it posts, other companies (e.g. Indiegogo) are filling the niche, creating an environment in which medical progress can be made. According to a study of 97 crowdfunding campaigns that focused on cancer research, for example, this approach can generate a mean of US$45,629 from donations that average US$186. Although this pales in comparison to a US$30 billion annual investment from the National Institutes of Health, it has the potential to restart projects that had previously come to a halt.

Sky is the limit if you partner with charities

On their own, crowd raised amounts are not going to do much, but they might be able to afford a small pre-clinical experiment that will generate enough data to take the project to the big players".

The chances that crowdfunding alone will see a drug going from pre-clinical studies, through trials, all the way to market are slim, but this form of fundraising has the potential to help attract big investments into academic research. In particular, it can serve projects that are having trouble raising funds because they’re exploratory, or are out of the mainstream. “On their own, crowd raised amounts are not going to do much, but they might be able to afford a small pre-clinical experiment that will generate enough data to take the project to the big players,” Dr. Nick Dragojlovic, author of a survey of crowdfunding for drug development in cancer and rare diseases, noted in an interview with eyeforpharma. This is particularly important as Dr. Dragojlovic pointed out, big pharma are increasingly adopting the strategy of derisking, in which they purchase drug patents once they’ve been pre-validated by other stakeholders in early clinical research.

With an average amount raised at US$45,629, and most science projects hitting a target of just under US$10,000, crowdfunding seems most suited to support early-stage developments e.g. involving cell models, as those are significantly cheaper than clinical testing. But there have been cases in which ambition aimed higher, eventually enabling scientists to take their treatments into trials.

For example, last March, the Tisch Multiple Sclerosis Research Center of New York launched a campaign on Indiegogo.com, which raised US$317,540, to support a phase I trial of a therapy in which analogous bone marrow-derived mesenchymal stem cells will be used to create neural progenitors that the investigators hope will promote myelin repair in multiple sclerosis patients.

“When you have investigators partnering with foundations, or who are a foundation, they can raise substantially more than the average. Obviously, phase III trials with crowdfunding are a bit out of reach, but there is a potential to go quite far down the pipeline,” Dr. Dragojlovic commented.

Pharma can do it, too

Outside of ivory towers and charities, specialized startups, such as drug companies and biotech, are exploring the potential of crowdfunding. And they do so with quite some success, although their approach is based on a different model (equity-based crowdfunding, rather than donation-based crowdfunding).

A couple of months ago, a Welsh biotech company Cell Therapy, co-founded by a Nobel laureate, Martin Evans, broke a UK record for crowdfunding in the life sciences sector after raising nearly £700,000 to accelerate development of a cardiovascular drug. “It was very fast and very efficient,” Ajan Reginald, Cell Therapy CEO, told Reuters in February. “We have spent 5% of our time on fundraising, which enables me to spend 95% of my time on the business.” The company, which used Crowdcube, raised nearly three times its original target from more than 300 investors.

Last month, a University of Edinburgh spin-out company Parkure has attracted £75,000 in crowdfunding investment through ShareIn, the technology focused crowdfunding firm, to be used in the development of a cure for Parkinson’s disease. In addition to that money, Parkure was awarded a SMART Scotland grant from the Scottish Government in December 2014 to match the private investment raised by crowdfunding.  “Crowdfunding can provide an excellent way to bridge the funding gap for early stage companies,” Dr. Lysimachos Zografos, Chief Executive of Parkure, said in a statement. 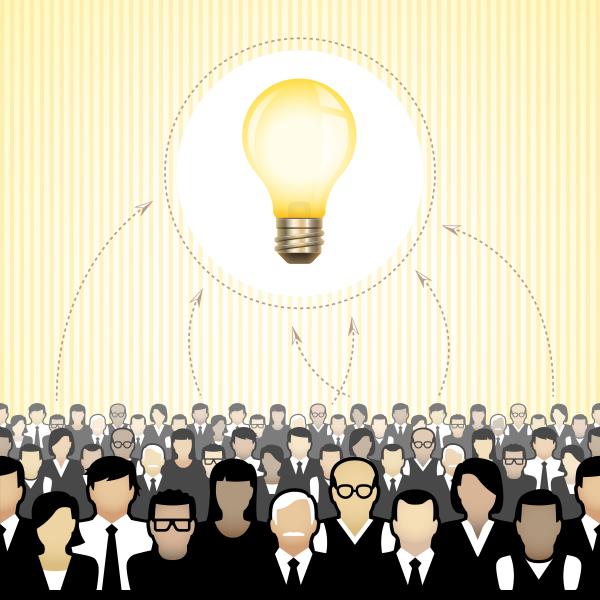 How to Do it

While it might appear like a tempting option to explore, crowdfunding can be tricky and needs to be carefully planned. Public engagement is key for scientists. Stating the obvious? Think again. According to a 2014 Nature News survey, the likelihood of a scientist having written a blog post about their field, or having tweeted a link to a new scientific publication is slim. In fact, 52% of respondents of the Nature survey reported never having engaged in an online discussion about research. “There is a lot of debate about how to best engage the public with science, and often the value of that engagement is questioned. But if you want to crowdfund your research, you need a following and that requires clear communication with the broader public,” Dr. Dragojlovic noted.

A study published by #SciFundChallenge found that Twitter outreach was one of the key drivers of crowdfunding success in the scientific domain. Based on those findings, Dr. Dragojlovic estimated that a scientist with a “good, but not stellar, online network” could expect to raise up to US$20,000 in a 30-day crowdfunding campaign. “The bottom line is, investigators need to engage before they ask for anything. Public engagement should be a part of a researcher’s job, like grant writing, delivering seminars, and publishing papers,” Dragojlovic stressed. “Then, when you need something, like money for your study, you have already built a relationship.”

The need for engagement is true for pharma just as much as it is for academia, although the industry faces much bigger challenges. According to Dragojlovic, “There is a wide-spread skepticism about the industry, so it would probably serve them well to outsource those activities to people who enjoy greater trust. Pharma already cooperates with outside investigators and foundations, so this might be an opportunity to leverage those relationships.” The examples of successful crowdfunding campaigns launched by commercial enterprises and mentioned above demonstrate that those challenges are possible to overcome.

A note on crowdfunding

Crowdfunding campaigns are hosted on websites that provide the appropriate web infrastructure and charge a small percentage of any funds raised as commission. Research projects are typically hosted on either the “Research” subsections of general-purpose portals, or the crowdfunding websites of existing charities, such as the “My Projects” site of Cancer Research UK. While the exact format varies by portal, all sites provide a project description, a monetary goal for the campaign, and a set of counters indicating how close the campaign is to meeting its goal. In most cases, the campaign has a 60-90 day “shelf-life,” and some portals only release donated funds to the researchers if a campaign succeeds in meeting or exceeding its fundraising goal (the “all-or-nothing” model).

While expecting to run all of medical research on money collected from small investors is unreasonable, crowdfunding offers a valid option for subsidizing drug discovery and development. Government resources, as well as commercial forms of support will always be important, but as budgets shrink, crowdfunding offers an opportunity to derisk investment, and take underserved projects to the next level.