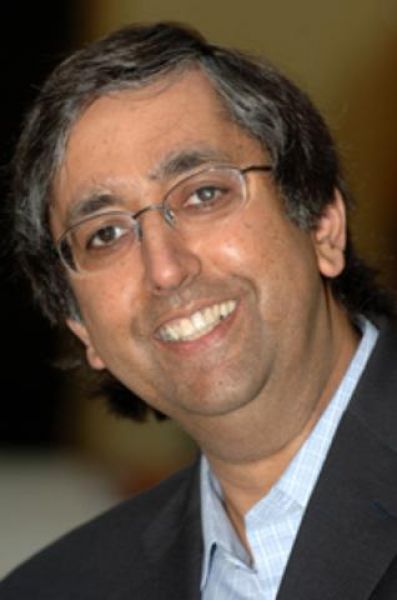 By the year 2050, 28% of people in the UK will be over the age of 65, making the demand for medication for cardiovascular diseases, cancer, and dementia skyrocket. But delivering pioneer therapies costs billions of dollars, fails in early patient studies in nine out of 10 cases, and takes on average a decade from conception to the clinic. Why do we fail so often, and how do we change it?

After decades of research and billions of dollars spent, we still don’t have a good understanding of many human diseases, let alone the action of some commonly used drugs. “If we don’t understand the mode of action of existing drugs e.g.paracetamol, it’s going to be hard to come up with better treatments,” said Chas Bountra, Professor of Translational Medicine, Head of Structural Genomics Consortium, Nuffield Department of Medicine, Oxford University. The Structural Genomics Consortium seeks to accelerate the discovery of new targets for drug discovery, by generating freely available high quality tools for novel human proteins in partnership with a network of ten large pharmaceutical companies, and then crowdsourcing science by working with a global network of academic labs.

Two patients are rarely the same. It’s very naïve to think,and highly improbable, that we’re going to be able to treat completely all these conditions with a single molecule that hits only one protein".

Modern illnesses result from the interplay of genetic and environmental factors, e.g. diet, exercise, early life experiences, stress, exposure to toxins. “We have created names for diseases, but this is now constraining our thinking. Patients are immensely heterogeneous e.g. Alzheimer’s disease, rheumatoid arthritis, neuropathic pain, depression – in all these individuals the chronicity, symptom profile, and pathophysiology is different.  Two patients are rarely the same. It’s very naïve to think,and highly improbable, that we’re going to be able to treat completely all these conditions with a single molecule that hits only one protein,” Bountra asserted.

One of the challenges with devising treatment for heterogenous diseases is finding a way to effectively stratify patients, “If you test a molecule on a complex disorder, you want to cluster [patients] according to the same symptoms,” Bountra explained, adding: “Often we don’t have good biomarkers. We can’t just ask an Alzheimer’s patient ‘is your memory better than it was a week ago?’ Often we don’t have a way to assess how severe a condition is or how the drug improves it. We need better biomarkers,” he said.

But there are also severe challenges with pre-clinical assays. One of the biggest hurdles in drug development is the lack of predictive animal models – ones which accurately represent human disease. “Lots of animal models we use are not predictive of clinical efficacy,” Bountra pointed out. Indeed, animal models have been widely criticized, particularly regarding testing drugs for neuropsychiatric conditions, which don’t seem to have their equivalents in rodents or primates. Similarly, predicting the effects of drugs in humans based on animal experiments is riddled with scientific controversy. “What works in animal models often has no effect in humans. At best these are preclinical assays for in vivo hypothesis testing, estimating potential beneficial or adverse effects – they cannot accurately prioritize novel targets for clinical efficacy,” Bountra stated.

This is a horrendous waste of money and resources for any one company, but if you think that there may be 20 companies pursuing the same path, then that is a tragic waste of resource, people’s careers, but also a tragic waste of patients’ time".

Unfortunately, science is not the only obstacle to the discovery of new drugs. There are also, Bountra argued, organizational challenges that need to be addressed before new drugs can reach the market. The atmosphere of fierce competition and strict secrecy hinders pharma’s main objective, and needs to change if progress is to be made.

“Many companies and many academic groups are working on the same few ideas in parallel and in secret. This happens because everybody goes to the same conferences, listens to the same opinion leaders, and reads the same literature,” Bountra said. As a result, research groups spend 6-7 years before they develop a proprietary molecule which they can take into patients. Sadly, this is no guarantee of success, as new molecules for pioneer targets fail in most cases in the first patient studies.

“This is a horrendous waste of money and resources for any one company, but if you think that there may be 20 companies pursuing the same path, then that is a tragic waste of resource, people’s careers, but also a tragic waste of patients’ time,” Bountra said.

The way we are now doing drug discovery means that sick people are being exposed to molecules that other groups already know are destined for failure. This is because clinical study data is often not rapidly shared with the biomedical community. This raises ethical concerns.

One of the challenges in a private organization is the need to demonstrate rapid progress. When something is difficult, like drug discovery, then that is not easy.  “The industry employs some of the smartest people on the planet, they have access to the latest technologies and the best collaborators. We need to create a more stable environment, where they are able to pursue risky strategies and innovative ideas. If we do this then I am confident that the industry will deliver more therapeutic breakthroughs for patients,” Bountra suggested.

What needs to change

The group I look after [at Oxford] is funded by 10 large pharma companies, the Wellcome Trust, the EU, and some Canadian funders. We have pooled funding and we’re working together in a pre-competitive way. When something is difficult, takes a long time, is expensive and high risk, it makes sense to pool resources and share expertise".

Bountra proposed that in the early stages of the drug discovery, the process shouldn’t be treated as a competition. “In the early phase, let’s pool our resources, let’s do the experiment once (clinical Proof of Concept, Phase IIa), let’s do it well, let’s identify the nine out of 10 targets that are garbage, and let’s find the one in 10 that has the potential to become a drug.” In other words, companies should work together until they identify potential drug targets, at which stage they can go their separate ways and work to develop their own proprietary molecules to hit that target.

“The group I look after [at Oxford] is funded by 10 large pharma companies, the Wellcome Trust, the EU, and some Canadian funders. We have pooled funding and we’re working together in a pre-competitive way. When something is difficult, takes a long time, is expensive and high risk, it makes sense to pool resources and share expertise.”

This is particularly important as the number of new drugs is getting smaller. “Twenty years ago nearly all pharma companies had a presence in the UK. In the last couple of decades, Pfizer, Novartis, Astra Zeneca, GSK and Merck have all shut down large research sites. This industry is shrinking in the UK.”

The Structural Genomics Consortium has an excellent track record of discovery. Five years ago, the SGC started working on a project to generate inhibitors for a certain group of proteins (bromodomains) at the time considered to be difficult or intractable. Working with GSK and a collaborator in Harvard, they generated a small molecule inhibitor (probe) and demonstrated efficacy in a rare cancer. They shared their findings with the world immediately through publication, and have since given the molecule to more than 400 labs across the world, which this network of scientists has demonstrated to have potential in a range of other conditions. The paper has been cited over 500 times, and there have already been a further 200 publications on the same target, many using the SGC inhibitor.

Pooling resources, collaborating, and making information public as soon as it becomes available, is key to drug discovery in the 21st century. Secrecy and competition in the early stages of the process should be abandoned in favour of partnerships that, as the experience of SGC proves, can be very fruitful. Patients are desperate for new treatments for many chronic and rare diseases. Success lies in academia, hospitals, and patient groups working with industry to deliver on this promise.