Engineering a Culture of Innovation Part 1: Creating a Win/Win Attitude

“For the natural born innovator, risk and failure are akin to an old, comfortable pair of shoes” - Henry Doss, ecosystem architect and co-author of ‘The Rainforest Scorecard: A Practical Framework for Growing Innovation Potential.’ We investigate how a culture of innovation can be created. 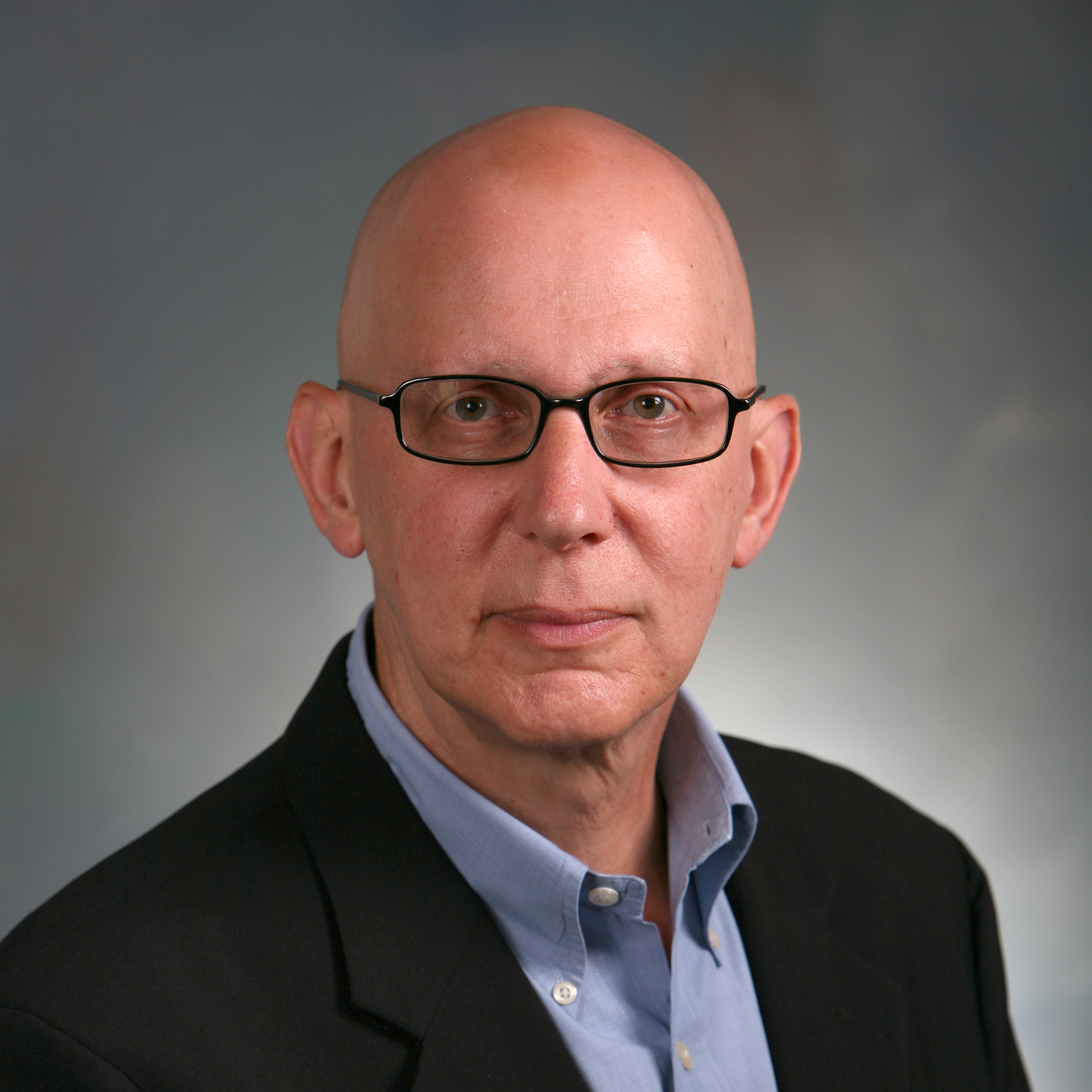 While it is becoming increasingly recognized that there is a need for greater innovation within pharma, there remains the question of what innovation actually looks like and how it can be cultivated. Before talking in more depth with Henry Doss about the best strategy for engineering a culture of innovation, we were keen to find out just what an ‘ecosystem architect’ is and how it qualifies him to advise on the topic.

Doss explains, “An ecosystem architect is someone who designs and participates in the building of organizations and the cultures that govern them. This role calls on organizational strategy, system theory and the practical worlds of management and leadership in organizations.” 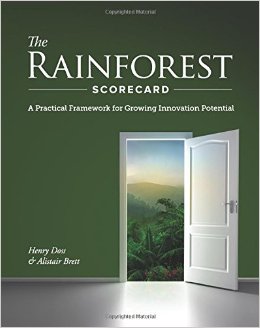 In his book, The Rainforest Scorecard: A Practical Framework for Growing Innovation, Doss and co-author Alistair Brett, demonstrate their ‘architectural expertise’ by laying out the features, modes of operation, and characteristics of an innovation culture – two key features being a win/win attitude and risk taking.

A culture of win/win thinking

If an organization’s culture places a high emphasis on following plans to the last letter, on never deviating or changing, and on zero-failure, then it’s unlikely that any real innovation or innovative thinking is going to occur.

”It is only by taking risks that progress can be made and innovation achieved. Despite this, taking risks and being innovative is usually avoided, particularly by the individual. “Most people aren’t going to risk their compensation or career on anything that might be a bit off the beaten path,” says Doss.

Innovation, by its very definition, however, is about going off the “beaten path” and proposing things that are different, new, and outside of the norm - but which have the potential to revolutionize an aspect of the industry. Doss expands: “If an organization’s culture places a high emphasis on following plans to the last letter, on never deviating or changing, and on zero-failure, then it’s unlikely that any real innovation or innovative thinking is going to occur.”

When taking risks and becoming innovative, there is always the possibility that the idea will fail. Therefore, it’s the way the culture of an organization deals with failure that is important. At this point, a culture of innovation can either be nurtured or destroyed. Take Roche, one of the world’s most successful pharmaceutical companies, as a case in point. Severin Schwan, CEO of Roche, isn’t afraid to take risks and even celebrates the lessons learned from failure. The finalization of each big project is celebrated with the research teams by opening a bottle of champagne at a celebration lunch. This occurs regardless of whether the project was a success or failure - whatever the outcome, something was learned and progress was made. A culture such as this, which encourages calculated risk-taking, tends to be grounded in win/win thinking.

It’s how your culture views failure that is more important than how they view risk".

So, is encouraging risk-taking the way to go when it comes to engineering a culture of innovation, especially within the pharma industry? According to Doss, “There’s a difference between encouraging risk and supporting things that are foolhardy. A culture should support the advocacy of risk, and welcome those who want to introduce risk as a possibility and who are willing to risk themselves.”

When risk is openly debated, encouraged and supported, an organization is more likely to find innovative outputs. Subsequently, failure rates are likely to increase, but “it’s how your culture views failure that is more important than how they view risk,” says Doss.

This is vitally important in the pharmaceutical industry, where only a small percentage of innovative new drugs are successful. Punishing or condemning failure creates a culture of fear, which ultimately stagnates innovation and can lead to the collapse of an organization.

It might sound like Doss is recommending that failure is accepted or even welcomed into an organization. This isn’t the case. Doss explains, “Failure isn’t something anyone welcomes. However, when failure occurs in a cultural context that understands and supports failure as a consequence of dreaming big, then failure is seen as something other than failure.  It’s seen as an ‘event’ that isn’t an end.  It’s just one step in the process of achievement.”

The more you iterate, risk, fail, dream, the more likely you are to stumble upon things that are disruptive in nature".

It is the risk-taking element of innovation that tends to create an association with disruption. However, Doss doesn’t believe that disruption works as a business model, nor is it something that can be planned. “The difficulty here is distinguishing between disruption as an event versus disruption as a strategy,” says Doss. Disruptions will occur, whether they are planned for or not, so once the possibility of disruptions are included into a strategy, they can be embraced and learned from - rather than feared.

Fear stifles innovation, whereas learning opportunities can fuel it. Doss does believe you can create and nurture cultures that are grounded in innovative organizational principles such as trust, fairness, risk-orientation, and supportive of failure. Indeed, these are the organizations that comprise the cultures that optimize disruptions as they occur. “It’s not so much about whether you want to plan disruption, as it is about whether or not your culture can respond to disruptions – externally or internally,”  he asserts.

Cultures that are grounded in innovation principles are the ones that are most likely to see disruption as an emergent factor of the organizational dynamic. “The more you iterate, risk, fail, dream, the more likely you are to stumble upon things that are disruptive in nature,” says Doss, “and the more likely you are to be able to actually assimilate a disruptive event into an effective and meaningful part of a business strategy.”

Disruptions, absent of a culture that can absorb and adapt to that disruption – a culture that embraces innovation with a win/win attitude - can be dangerous. Therefore, an organization can benefit from focusing more on the state of the culture than on attempts to force an inherently random event like disruption into a business plan.

The challenge for pharma

The important thing is to distinguish taking risks from being foolhardy. That might mean that you would take risks in a test setting that you wouldn’t consider taking in the marketplace, for obvious reasons".

The challenge for pharma when it comes to risk-taking is how to embrace it without the downfall of the organization or without losing trust from the public. There are customer expectations of reliability and market expectations of performance, and this must factor into an innovation strategy. Doss advises, “The important thing is to distinguish taking risks from being foolhardy. That might mean that you would take risks in a test setting that you wouldn’t consider taking in the marketplace, for obvious reasons.”

Another option is to risk the allocation of resources in different ways, without jeopardizing performance. However, it is important to remember that we are talking about cultural norms inside an organization, which means that the culture is supportive of pushing boundaries and of taking risks– as well as having open, transparent conversations about failure.

“Even more important is to remember that risk and failure are just one of many variables in the innovation culture,” says Doss, “and you can’t deal with risk in isolation. Risk as an independent cultural variable is just risk. Risk in the context of all the variables of an innovation culture is something entirely different.”

So, what exactly is risk in the context of an innovation culture? It would appear that risk-taking is a ‘building block’ for an innovative culture – a culture characterized by values and behaviors that turn failure on its head in order to optimize the disruptions that are an inevitable outcome of failure.

The key to engineering a culture of innovation in the pharmaceutical industry is creating win/win thinking. Calculated risks should be encouraged and failure celebrated as a learning experience. Disruptions are inevitable and are there to be embraced. Finally, all knowledge gleaned along the way should be viewed not as negative or positive, but as a foundation on which to build innovative thinking.

Of course, engineering an innovation is more than just risk-taking and learning from failure. It is about the entire culture of an organization. In Part 2, we will investigate how social contracts comprising the key elements of a win/win attitude can be used to drive a culture of innovation. 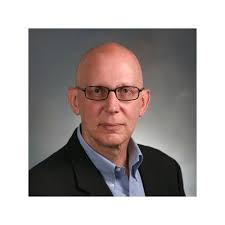 Henry Doss is co-author of  "The Rainforest Scorecard: A Practical Framework for Growing Innovation Potential. His work is primarily in the area of innovation ecosystem consulting, the merger of theory and practice in innovation culture work and the study of innovation leadership. In particular, he focuses on the correlations between culture and performance in organizations and has an abiding interest in how individuals grow and learn.