The eyeforpharma Philadelphia Awards recognize those in the pharmaceutical industry who are driving pharma forwards not just with higher short-term profits, but with better customer innovation, value and outcomes leading to longer-term success.

Achieving a more patient-centric outlook has become something of a Holy Grail for pharma in recent years. One company which is ahead of the curve, LEO Pharma, has been recognized as such by eyeforpharma’s Philadelphia Awards judges in the Most Impactful Emerging or Global Initiative. 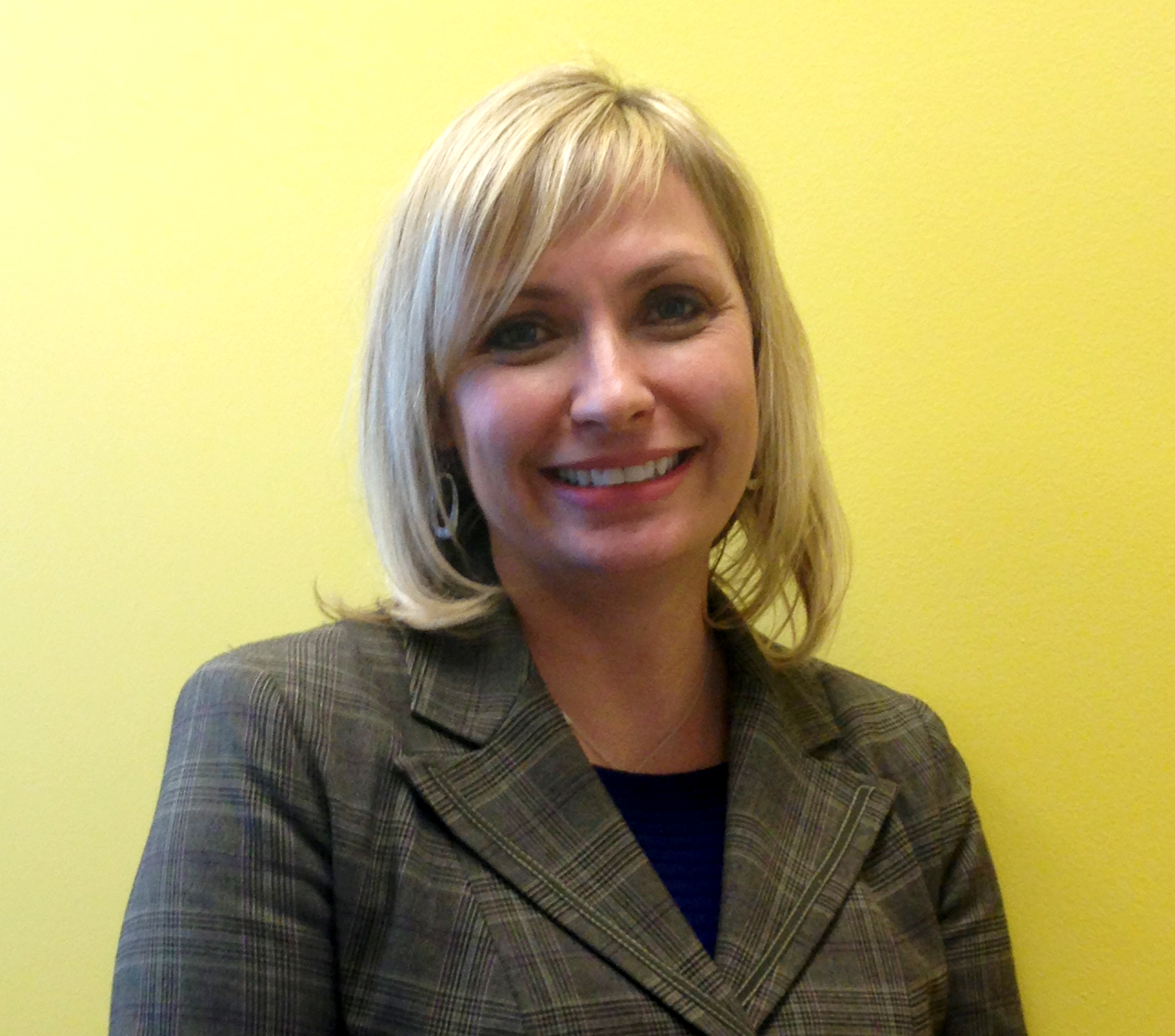 All pharma companies want to have patients at the heart of everything they do – but, rather than talk about it, LEO Pharma has made concrete moves to put this into practice. In 2012, the company began its worldwide initiative, called Building a Global Patient Centric Organization, in a bid to transform the desire into reality. LEO Canada’s Engage for Better Patient Care program grew out of this and has now been recognized by eyeforpharma’s Philadelphia Awards judges as a finalist in the Most Impactful Emerging or Global Initiative category. It has been quite a journey so far and it is one that is far from over.

LEO Canada began with the idea of getting every employee to develop a mindset where patient centricity was at the heart of everything they do. Talking to eyeforpharma, Kimberly D. Stoddart, the company’s Vice President, Human Resources & Communications, explained: “One of the common themes was that there is a very big appetite for achieving things together.” Interestingly, although this scheme originally came from LEO Pharma’s head office, individual territories were purposely given little guidance in how to go about implementing it. This suggests there is a real understanding of the importance of establishing local parameters and tools rather than trying to shoe-horn everything into a one-size-fits-all straitjacket.

As LEO Pharma pointed out in its submission, what does patient centricity mean for Canada compared with China, or for the teams in global clinical development versus local market access and government affairs, sales and marketing or regulatory affairs? “They purposely didn’t give us too much direction,” confirms Stoddart. The result was that the LEO Pharma team in Canada started with a clean slate and put a lot of time into thinking about exactly what patient centricity should mean to them. “We carefully thought about how we could get people aligned,” Stoddart explains. This was extremely important, since the reaction of individual staff will probably do more than anything else to determine whether any major initiative stands or falls. People in the finance department, or manning the reception desk, never get to see a patient – so how can their investment in patient-centricity be coaxed out and developed? The simple answer is that it all starts higher up. “The journey was driven from the top down,” enthuses Stoddart. “We really got the buy-in from upper management early on. You have to walk the talk from the top.”

Despite the local focus, there was strong support and ongoing communication from the CEO and group management at corporate level for the concept of patient centricity. Above all, there was a message that courage was required to continue the change- but that by - inspired by the words of the company's CEO Gitte Aabo: "focusing on patients the business will follow". The first step to translating this global mandate into something that could be applied locally was to incorporate patient centricity into LEO Canada's annual business plan- the first time that it had identified 'patient' as one of the cross-organizational efforts which had to be implemented across the board and therefore a significant shift from the traditional project-based approach. The country-wide 'Engage for Better Patient Care' program was launched at the beginning of February 2014 with the slogan 'What's Your Why' - an attempt to "get people to stop and reflect on why they are in pharma", Stoddart says and to help the company to "better internalize" patient centricity.

The firm already had data indicating a high level of employee engagement, which is a good start: to build on that, during 2013, the company ran High Performing Team workshops which served as the pillars for the new initiative. These demonstrated that the primary value common to everyone was "making a difference in the lives of others" and LEO Canada brought in learnings from external sources, looking in particular at what moves towards patient centricity had been tried outside of the company.

The company held an internal Canadian Summit in February 2013 which proved to be the catalyst for this exciting journey, helping it to identify important trends in pharma around the issue, reach out to thought leaders in this area and delve further into their own personal motivations. A video from the Summit was used by LEO people during subsequent interactions with a variety of stakeholders- and an email reminder about the key concepts were sent to staff along with encouragement to share findings with others. The sponsor for 'Engage for Better Patient Care' was the VP Scientific Affairs, who was responsible for the cross-organizational initiative. There was also very close collaboration with the VP Human Resources and Training- and it was HR which also launched the 'Be ONE LEO' campaign in 2014 focusing on collaboration (ONE) and Leadership, Empowerment and Opportunities (LEO). These two elements were designed to work together, cascading down through the organization. 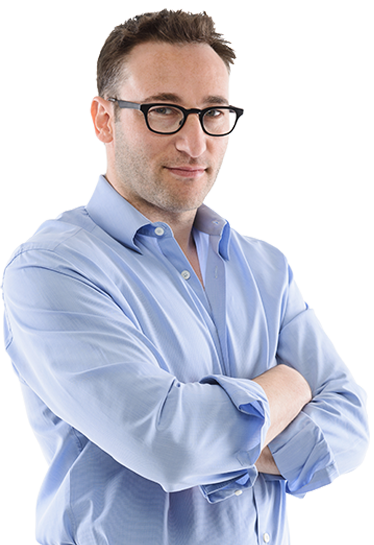 Getting people to focus on the concept of patient centricity is probably one of the most challenging parts of the whole program, and LEO Canada built on emerging and recent behavioral science publications and understanding about intrinsic motivation- in particular looking at Simon Sinek's influential book Start With Why. All people managers were encouraged to read this and the importance of being trusted and of connecting with LEO Pharma's customers at the level of beliefs and values and 'starting with why' was strengthened by the literature. The team partnered during this time with external expert Jill Donahue, author of EngageRx, to develop a unique program for all LEO Canada staff: her training modules were adopted into the 'What's your Why' approach and a cross-organizational pilot for a 15-week mobile learning program was launched.

Challenges and leaps of faith

Management recognized that asking employees to explore their 'Why' and to 'Engage for Better Patient Care' required a new way of thinking and - most importantly - a leap of faith to change and begin something new. Asked whether there is anything that LEO Canada could have done better, Stoddart is quite candid. The 'Why' concept and this renewed focus on the patient, engaging inner motivation to help put it into practice, is not something that can happen overnight. "You sometimes forget that, with some people, it will take more time," she admits. Like all pharma companies, LEO Pharma is a science-based entity and contains its fair share of people who are- for good reason - highly analytical. An emotional appeal to patient-centricity may sometimes carry less weight with them, because they are more used to making decisions based on evidence of, among other things commercial worth. This evidence exists, Stoddart insists - in HR academic Adam Grant's Give And Take, for example - and it might have been better, in retrospect, to make more of it up front, "getting people to buy in to the idea that when we put the patient first, the profit will follow".

Aligning of our people's heads, hearts and hands is critical to our continued journey".

That is a useful learning for the future and perhaps something from which other territories can take note. In the main, however, the program was rolled out with verve and precision: with courage and trust as key themes throughout 2014, the entire executive team, starting with the CEO, shared and talked about their 'Why' both internally and also when engaging with those stakeholders outside the firm. This modelling of the new behavior, leading by example, was highly valuable, says Stoddart. To back this up, HR is also developing tools to support the evolution of the culture and values. Hiring practices and profiles, as well as supplier profiles, have been looked at afresh, with the patient centric concept heavily flagged up with candidates at the interview stage. For existing employees, the company is also in the process of revising bonus and reward structures. "Aligning of our people's heads, hearts and hands is critical to our continued journey"," she adds.

Throughout the year, the LEO Canada team incorporated activities to enable adaption, sharing of successes as well as challenges, and examples of positive impact to inspire ongoing change and transformation. On the company's intranet system, Pulse, the various steps taken by the company have been documented. "We're sharing success stories, videos with patients and so on," says Stoddart. The aim has been to create, in effect, a toolkit which can be used as a blueprint by other countries as they seek to implement the company-wide program. In a survey six months after the scheme's introduction, LEO Pharma's people reported they had adapted an element of their work to incorporate their 'Why' and had seen a positive impact from this. Not only that, but staff said there had been a positive change now that they were approaching external stakeholders in a different way. This pleases Stoddart, who sees it as testament to "putting the patient first in discussions whenever we're engaging". Right back at the beginning of the project, two key things emerged early:

She is satisfied that both of these have been addressed and that staff now see patient centricity as a key driver, incorporated into the DNA of the company in Canada. "Early on, we truly believed that if we changed the mindset of people, everything would change along with it," she goes on."It's becoming part of our culture. It can be lip service- if it's not entrenched then it won't work. We got management on board and employees as well. We have a concerted initiative: it needs to live and breathe in every part of the organization. When you tap into people's hearts, they do great things." She has been working closely with the UK office of LEO Pharma, which is to launch the 'Why' concept in March. Lending more weight to the program is the fact that it is not only people within the company who are impressed, as LEO Pharma's nod in the Philadelphia Awards proves. "The overall concept is excellent," said judge Paulo Moreira of EMD Serono. "This particular submission focused mainly on Canada, which did a terrific job at implementing it."

The winners of the eyeforpharma Philadelphia Awards will be announced April 7th, 2015. For more information, click here.

The eyeforpharma Philadelphia Awards recognize those in the pharmaceutical industry who are driving pharma forwards not just with higher short-term profits, but with better customer innovation, value and outcomes leading to longer-term success.