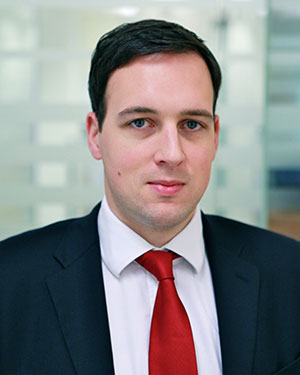 The Scottish government announced that their new Medicines Fund would be boosted earlier in May, but what's the backstory.

Figure 1: Expansion of funding in the New Medicines Fund 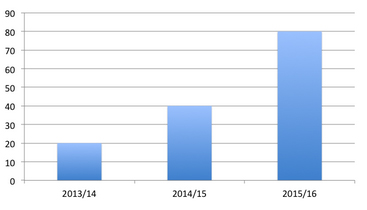 The fund was originally brought in almost as a stop-gap, whilst work was ongoing to explore access to new medicines in Scotland.  Just like England’s Cancer Drugs Fund (CDF), it was also seen as a bridge to the widely anticipated, but in the end, fruitless pursuit of Value Based Pricing (VBP). The New Medicines Fund can be used to pay for those medicines that the Scottish Medicines Consortium (SMC) have not recommended for use across Scotland.

Where does the money come from?

The original Rare Conditions Medicines Fund came out of general funding from the Scottish Government. With the 2014 Pharmaceutical Price Regulation Scheme (PPRS) agreement came new money. This money is a result of the negotiated deal that sees PPRS member companies paying back in relation to their sales - excluding sales of new medicines - if total branded medicines expenditure by the NHS exceeds pre-agreed limits. This was pitched by industry as a response to austerity. Companies have paid back £305 million so far.

In Scotland, they’ve decided to use this new money to fund the New Medicines Fund, no-one seems to know where the money goes south of the border.

According to James Barrow, from the Cystic Fibrosis Trust, using this money in this way provides both access and transparency that is lacking in the rest of the UK. He points out that, “there is no comparable fund in England. Having the new medicines fund in Scotland provides a much greater chance for patients to be able to access these medicines. We just don’t see a clear pathway in England for how patients can access these medicines”.

What does the fund buy?

The fund, unlike the CDF, can be used across a number of therapy areas. Some of the well-known products that it has been used for include Kalydeco (ivacaftor) for cystic fibrosis, Soliris (eculizumab) for atypical hemolytic-uremic syndrome (aHUS), and Adcetris (brentuximab) for Hodgkins Lymphoma. The Scottish Health Secretary, Shona Robinson, chose to announce the increase in funding at the Scottish Cystic Fibrosis Service at the Western General in Edinburgh, and the Cystic Fibrosis Trust has been campaigning on access to Kalydeco to treat the condition for some time. More on Kalydeco is set out in the case study.

Kalydeco and the New Medicines Fund

Licensed in August 2012, Vertex’s Kalydeco has been described as a “wonder drug” according to James Barrow from the Cystic Fibrosis Trust. They’ve been campaigning for access since it was licensed. Kalydeco can not only slow the decline in lung function experienced by those with cystic fibrosis, but actually increase lung function by 7 to 10 per cent.

Barrow also says that, “it can feel a bit like winning the lottery for patients. We’ve had people who were housebound but with Kalydeco can run 5km for charity”. He goes on to say that “we’ve got patients who have been taking Kalydeco for 3 years and data now suggest that those people might now have a nearly normal life expectancy”. He goes on to say that, “people can spend 50 to 60 per cent less time in hospital”. That’s good for patients and their families, and good for the NHS too.

Kalydeco treats one in 20 patients with cystic fibrosis because it specifically targets the genetic abnormality that causes the disease – a breakthrough in treatment. The cost of Kalydeco is £182,000 per patient per year.

The Scottish Medicines Consortium (SMC) gave their first recommendation on Kalydeco in January 2013, then following a re-submission from Vertex, still did not recommend use in June 2013. Barrow points out that despite their use by SMC, Quality Adjusted Life Years (QALYs), “aren’t an appropriate measure in cystic fibrosis”. The main cost per QALY estimate considered by SMC was £277,011 for Kalydeco versus standard care – much, much, higher than those seen in treatments that usually get the nod from SMC – even with a discount. Sensitivity analysis even put it at as high as £562,617 per QALY.

Barrow says that what the Cystic Fibrosis Trust wants is for all countries to “recognise the new era of precision medicines” and that means delivering on the “Government commitment to making this country a leader of life sciences”.

Vertex estimated that the budget impact of Kalydeco in Scotland could have been £7.9 million in the first year of use, rising to £8.2 million after 5 years when SMC looked at Kalydeco. That means that Kalydeco could well take perhaps 10 per cent of the New Medicines Fund, or more - perhaps 16 per cent if there are 70 patients prescribed Kalydeco as expected by Scottish experts.

The Scottish approach of a New Medicines Fund has, to a degree, avoided the headache that has been seen in England with the CDF, being able to avoid the criticism of being unfair simply because of focusing on cancer. At the same time though, debate still continues about whether the fund’s monies could have been used elsewhere; on helping to meet A&E waiting time targets, other less ‘high profile’ conditions or improving palliative care.

Just as in England, the Scottish approach can’t duck the complex issues of how a special ring- fenced fund for rejected medicines can really sit alongside agencies, whose job it is to work out what is value for money for the NHS. Does it make sense to overrule them, or would it be better to improve their approach to assessing value, and encourage prices that are in line with that expected value? Breast Cancer Campaign and Breakthrough Breast Cancer have said that, "If you keep pouring money into this pot, eventually it will just get used up because pharmaceutical companies will be under no incentive to reduce the prices they are charging, because politicians are conscious of the fact they need to find a way round providing cancer medicines”.

So far at least, Scotland seems to have escaped the pressure to bust the budget that has led to controversial de-listings of drugs from the CDF and more than a few appeals on how the decisions were made.

The Cystic Fibrosis Trust believes that the Scottish Government is walking the walk and not just talking the talk about the life sciences sector. Barrow says, “the current system doesn’t cater for precision medicines and, therefore, doesn’t recognize the investment that industry has made, and this could jeopardize the pipeline. The UK Government wants to be a world leader in life sciences, so we need a system that recognizes the investment of industry, and promotes more investment now that we are in the era of precision medicines.”

Unlike England, decisions on changing the SMC have been made much more swiftly and these are underway. These have come out of the 2013 New Medicines Review, providing more flexibility in the consideration of evidence and Patient and Clinical Engagement (PACE) meetings to increase patient involvement. These changes are still bedding down.  The Scottish Government suggests that these changes are resulting in higher rates of approval for patients with rare conditions or at the end of life – but don’t cite the statistics to back this up. This also raises the question about whether such a fund will be needed in future, if the genesis of a special fund was the rejections coming from SMC.

The fund is a political commitment, albeit increasingly being tied to a negotiated agreement with industry. This means that much hangs on the future of the PPRS – and specifically whether the austerity payments from companies continue – as well as the views of Scottish politicians.

The price of new drugs must be affordable and sustainable for the NHS and recognize the considerable investment made by the pharmaceutical industry”.

The sustainability of the fund is a concern, according to Barrow. Part of sustainability relates to prices; high prices will either put more pressure on the fund whilst lower prices will allow it to buy more. And prices play a crucial – but not only - role in SMC recommendations. The conundrum, just as Breakthrough Breast Cancer point out, lies in paying ‘fair’ prices. Fair here should mean providing a reasonable return for companies in line with the benefits that their products bring, and to contribute to investment needed to generate future new medicines.

Barrow is hoping that the fund can help provide access to new treatments for cystic fibrosis that are coming through the development pipeline. On the price of new treatments, Barrow says, “the price of new drugs must be affordable and sustainable for the NHS and recognize the considerable investment made by the pharmaceutical industry”. The Cystic Fibrosis Trust is doing their bit too; their SmartCareCF vision is exploring the use of technology which they hope will help speed up drug evaluation.

Barrow points out that unlike many other diseases, there’s an almost comprehensive UK registry of patients with cystic fibrosis, and that could mean “Government could look at using this and linking this with reimbursement”. So maybe the quid pro quo for the New Medicines Fund will be the need for more real world evidence from companies to back up expectations of the benefits that new medicines will bring? 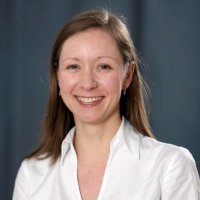 Leela Barham is an independent health economist and policy expert who has worked with all stakeholders in across the health care system both in the UK and internationally. Leela works on a variety of issues: from the health and wellbeing of NHS staff to pricing and reimbursement of medicines and policies such as the Cancer Drugs Fund, the Pharmaceutical Price Regulation Scheme, and Patient Access Schemes. Find out more here and you can contact Leela on leels@btinternet.com