With a staggering cost of drug development estimated at US$2.6 billion and a high failure rate of new compounds, pharma is under pressure to develop solutions that improve the R&D hit rate. Real World Evidence combined with digital healthcare might be what the industry is looking for. 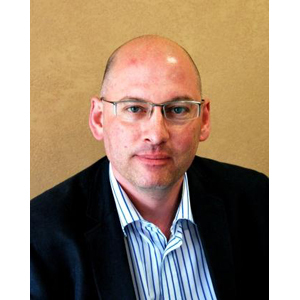 Real World Evidence (RWE) and digital healthcare can no longer be ignored by pharma. Transparency Market Research estimates that the global value of medical monitoring devices will increase by 43.3% between 2012 and 2019. Digital gadgets can cheaply and reliably collect information from patients and respond to it appropriately, presenting an opportunity to deliver personalized healthcare even to people who live in areas where access to medicine is restricted.

But digital data acquisition, combined with computational capabilities of modern analytics, can do more than just deliver services. It can also facilitate drug development and improve responses to public health threats.“The interest in RWE is increasing as resources for funding healthcare become more limited, but advances in the technology offer great promise to reduce inefficiencies and support innovation,” says James Harnett, Senior Director of Real World Data and Analytics, Pfizer. He commented in eyeforpharma's whitepaper  “Real World Evidence and Digital Healthcare: The Next Frontier”. The whitepaper, an in-depth analysis of digital trends based on desk research and extensive interviews with thought leaders in the field, offers insight into how RWE will change healthcare and the industry.

Drug development needs to be simplified and accelerated. The process is long, complex, and risky, failing to meet the needs of patients in nine out of ten cases. Clinical trials are part of the problem. Despite still being considered a gold standard in R&D, placebo-controlled clinical trials might no longer be fit for purpose.

Placebo-controlled trials aren’t foolproof. While the statistical analysis of RWE can be challenging, there is more value in this kind of mix of data".

As it stands now, clinical trials involve testing new compounds on a restricted group of patients. This highly select group, free of complications and co-morbidities, is not representative of the population the new treatment will face after approval. Let’s take Parkinson’s as an example. A randomly selected study advertised on www.parkinsons.org.uk lists depression and dementia as exclusion criteria for participants. This is problematic, as 35% of people suffering from Parkinson’s also struggle with persistent depression, while cognitive decline affects as many as 30-80% of patients. This means that individuals without either of those co-occurring illnesses represent a fraction of all of those affected by Parkinson’s, making it impossible for the study sponsors to assess how an average patient will respond to the new treatment.

As a result, newly approved products, once they reach the market, often fail to deliver what they promised in a trial. An example of such lack of success is Merck’s non-steroidal anti-inflammatory drug Vioxx. Approved in 1999 as a treatment for osteoarthritis, Vioxx was withdrawn five years later because it was found to increase the risk of cardiovascular disease in significant proportion of patients who received a prescription, leading Merck to face legal claims from 30,000 people.

Combining RWE with lab-generated data could avert such a situation in the future. “Placebo-controlled trials aren’t foolproof. While the statistical analysis of RWE can be challenging, there is more value in this kind of mix of data,” reveals Nigel Hughes, Global Director, Marketing & Health Information Technology, Janssen Diagnostics.

The European Medicines Agency is trying to establish a precedent for this approach. Under the new model, conditional approval could be granted based on phase II safety and efficacy data, with full approval after collection of real world data from observational post-approval studies. “RWE has the advantage over clinical trial data that it often represents a broader population, often over a longer timeframe, and provides information on comparators and outcomes that are not part of the clinical trial protocol,” notes Harnett.

This paradigm shift is particularly relevant to certain disease areas, which require constant monitoring of patient’s progress to accurately assess drug performance. Parkinson’s disease is a good example. Parkinson’s is a neurodegenerative disease that presents with movement-related symptoms, like shaking, rigidity, slowness of movement and difficulty with walking and gait. Disease progression is currently measured with lab-based imaging and tracking methods, which don’t offer a good representation of a patient’s day-to-day functioning. “Drugs for Parkinson’s disease can seem effective when assessed using telemetry in the lab, but real time 24/7 data over a month can produce results that contrast completely with those seen in the clinic,” Hughes points out.

Unobtrusive collection of movement data at home would be a solution. One of the providers in this space is ORCATECH, an organization based at the University of Oregon, which specialize in delivering inconspicuous sensors that collect kinetic data in real time. Compared to a lab-based system, the quality of data collected by ORCATECH technology is similar, but it comes with additional perks. First, it’s more convenient for the patient; second, it provides continuous measurements over an extended period of time, providing an improvement on the current state of affairs. “Real world data means that we can do what we already do, just better,” Hughes explains.

Integration of electronic health records (EHR) has been a major driver behind innovation in RWE. Digitization of patient files has enabled researchers to group EHRs and combine them with other data sources, which has improved clinical research and patient management. “Integrating data from a variety of different sources, such as claims data and EHRs, creates richer datasets that can generate new insights and hopefully improve our ability to predict outcomes,” Harnett says. “These kind of processes will shape the systems of collecting data, improving data quality and integration in the future,” he adds.

Janssen Diagnostics has recently launched AVIGA, a secure and scalable EHR system tailored specifically to the management and monitoring of people with HIV/AIDS and other ambulatory medical conditions. The system allows for data integration and exchange between clinics, labs, radiology departments, pharmacies, and record archives. Currently only available to healthcare providers in the U.S., it also includes automated government reporting (required by Ryan White Care Act) and compliance procedures.

“This system has enabled the aggregation and interrogation of around 20,000 records over a 20-year period, which wouldn’t be practical with paper records, or data kept on individual clinic databases,” Hughes explains. “There is a degree of quid pro quo in the system, too. Researchers could access the physician’s data in a secure environment, and return the value to the physician in the form of research, audit, and benchmarking. Also, using automatically updated RWE from diagnostic tools out in the field could provide surveillance and early warnings for infectious diseases such as the flu or even Ebola.”

EHRs aren’t the only tool for monitoring disease outbreaks. A close analysis of Facebook posts and tweets, as well as users’ online search history can be equally informative about the spread of infections. For example, the UK Food Standards Agency (FSA) started eavesdropping on Twitter in the hope that it would be able to predict an epidemic of winter vomiting virus, norovirus, earlier than ever before.

FSA’s social media team went through Twitter data from the last norovirus outbreak in the winter of 2012-13 hunting for spikes in certain related key words and phrases being used in tweets. They then compared the frequency of the key words to the number of lab reports of confirmed norovirus cases in the same period. What they found were statistically significant correlations between spikes in the number of lab reports and spikes in conversations on Twitter using words and hashtags such as #winterbug, #norovirus, sickness bug, winter virus and vomiting. They also discovered a set of symptom keywords, such as flu, puke, upset stomach, which strongly correlated to future lab cases.

Similar efforts have been undertaken in the U.S. In 2011, Johns Hopkins researchers released one of the first and most comprehensive studies showing that Twitter can deliver useful public health information. In December 2013, a team from Johns Hopkins and George Washington universities analyzed Twitter data from New York City, demonstrating that billions of short posts can accurately predict the spread of flu at the local level.

Search activity can yield useful RWE, too. Google Flu Trends found that certain search terms are good indicators of flu activity. The tool uses aggregated Google search data to estimate current flu activity around the world in near real-time. Another model developed by Kyle Hickman of the Los Angeles National Laboratories, uses an algorithm to link flu-related Wikipedia searches with Center for Disease Control and Prevention (CDC) data from the same time. Once the researchers taught their algorithm how searches and diagnoses were connected, the model was able to predict the 2013-14 flu season in real time.

Potential value of such data to global health cannot be overestimated. Detecting early warning signs and tracking disease outbreak in real time has the potential to prepare responders for epidemics. Even though right now progress of these algorithms is limited by the capabilities of natural language processing software, meaning it might require manual involvement to qualify data, it’s inevitable that advances will be made in this direction.  “Digital disease detection in parallel with traditional epidemiology, will be an important reporting tool in the future,” says Stephanie Suisse, Social Intelligence Officer, Sanofi Pasteur.

Rules of the Game

People will want to know what you’re going to do with their data, and it will be a case of building a relationship and being open, honest, and transparent.”

But collecting and using patient-generated data, particularly that produced online, is riddled with challenges. Designing systems that deliver standardized and high-quality data, while remaining secure and compliant is a difficult mission. The first task of any developer should be to remain sensitive to the privacy and security concerns of the people whose data will be collected. After all, patients are likely to be unwilling to disclose their health information to employers, insurers, or even friends and family. “Trust will always be an issue,” says Hughes. “People will want to know what you’re going to do with their data, and it will be a case of building a relationship and being open, honest, and transparent.”

To aid the process, the European Commission issued a “General Data Protection Regulation,” which aims to coordinate laws governing personal data collection and use across the European Union. Under the proposed reform, an update of the 1995 legislation, citizens’ privacy will receive better protection, and strict guidelines for processing data will safeguard them from misuse.

The proposal is not without controversy. The multi-stakeholder group called the Healthcare Coalition on Data Protection is pushing the Commission to preserve, re-instate or clarify research-friendly provisions in the new project, such as ensuring that it remains possible to share anonymized health data for research purposes within an appropriately regulated framework.

RWE has the potential to revolutionize the way healthcare is delivered, drugs are approved, and epidemics managed. The change is inevitable, but will require an establishment of collaboration and trust between all stakeholders.