How is the pharmaceutical industry currently contributing to public health education? 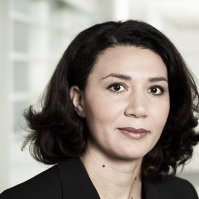 “Pharma definitely has a significant role to play in public health education, especially since responsibility for public health has moved to Local Government through Health and Well-Being Boards,” says a representative of Boehringer Ingelheim.

There have been some good examples of partnership between Boehringer Ingelheim and the government working at a local level to increase awareness. This has helped in preventing strokes, increasing awareness of diabetes, and identifying people with undiagnosed respiratory conditions like asthma and chronic obstructive pulmonary disease. “We have also been involved in initiatives with patient organizations that have helped earlier diagnosis of lung cancer and many companies put in efforts with local public health teams in reducing the prevalence of smoking in local communities.”

Boehringer Ingelheim’s representative adds, “This level of support can surely only continue if we see new medicines being adopted and used to benefit patients who need them. Until we reach the happy state when most diseases have been prevented through better health and education resulting in lifestyle change, the public will still have to rely on our medicines to prevent, manage and provide relief for the multiple conditions that people live with.”

All too often, medicines that have been recommended by the National Institute for Health Care and Excellence (NICE) as cost-effective and clinically sound treatment options take too long to be adopted by the local health systems. Health and Well-Being Boards have a responsibility to the health of the population and they play a large role in recognizing the need to speed up the availability of newer medicines. They can do this by improving inter-departmental communication and ensuring that there is no further re-interpretation of NICE by other bodies in their locality.

Through the provision of public health education, pharmaceutical companies can establish their brand. When patients are given medication in clinics and hospitals they already know and trust the brand. Trust is vitally important if a campaign to eradicate a disease is to be successful. Many public health initiatives have struggled because of misinformation. One example is an infant vaccination program that was introduced in South Africa during the 1970s – the height of the apartheid years. Anti-apartheid activists were responsible for rumours that the white-controlled government was providing vaccines that were killing black children. Parents feared that vaccines provided by clinics would harm their children and consequently few parents allowed their children to be vaccinated. The result was unnecessary suffering and even death from diseases like polio and measles. This could have been avoided through an effective public health education system and making effective health care accessible to every citizen.

A number of pharmaceutical firms have supported international community health education services, notably Novartis whose headquarters are in Basel, Switzerland. Novartis launched their ‘Arogya Parivar’ (meaning ‘Healthy Family’ in Hindi) initiative in India where an estimated 65% of the population didn’t have adequate access to healthcare. Novartis recruits and trains local villagers as health educators who establish a link with the local community by sharing information on disease prevention, health issues and the need to seek treatment. Novartis ensures that these educators work in teams to organize mobile clinics where patients can be screened, diagnosed, educated on their disease, and provided with relevant therapies.

Between 2010 and 2013, this initiative is estimated to have shared health information with over 10 million people and led to 760,000 patients receiving diagnosis, treatment and health education. It was a recipient of the Global Business Coalition (GBC) Health award in 2013. GBC has a well-established track record of acting as a catalyst for private sector investments and initiatives in global health issues.

After success in India, Novartis rolled out the ‘Arogya Parivar’ program in Kenya, Indonesia and Vietnam. The Vietnamese initiative launched in 2012, named ‘Cung Song Khoe,’ works on improving access to health care and educating citizens on health issues, as does the Kenyan initiative, ‘Familia Nawiri,’ which was launched the same year.  The difference between the two is that the Vietnam program works with Vietnam’s Services of Health at provincial level, while the Kenyan program works with various NGO’s, outreach workers and local communities to assist with access to doctors and medicines. In addition, 2013 saw the launch of four pilot programs in Indonesia by Novartis.

Health education in the fight against malaria

For more than ten years, Novartis has been committed to eliminating malaria, a disease that threatens 3.2 billion people worldwide. Health statistics reported by the World Health Organization (WHO) are encouraging, with a reported drop of 47% in malaria cases worldwide since 2000 and 54% in the organization’s Africa region.

The battle against malaria needs action on four fronts: access, treatment, research and development (R&D), and patient adherence. Through ongoing R&D, Novartis provides health education to the illiterate and ensures the artemisinin-based combination therapy medication (ACTs) doses are refined, adjusted and packaged specifically to assist patients who can’t read. They simply have to follow the pictograms on the packaging to ensure they take the correct dosage.

The Novartis, Vodaphone and IBM ‘Roll Back Malaria Partnership’ works with the Ministry of Health in Tanzania to take advantage of mobile phone technology to track stock levels of malaria medication on a weekly basis and distribute it to where it is most needed. Public health information on malaria and its treatment was made readily available to patients through the ‘SMS for Life’ initiative linked to this partnership.

Pharmaceutical companies are aware that the health of mothers and children is a key aspect in building healthier populations. Novo Nordisk, a Swedish pharmaceutical company, currently runs two initiatives:‘Changing Future Health’ and ‘Changing Diabetes® in Pregnancy.’ The former focuses on the pre-conception health of the mother as well as the father as part of their commitment to the empowerment of women in terms of their health.

By enabling a city to understand which cultural and social risk factors drive the dramatic increases in diabetes and obesity, Novo Nordisk and its global CCD partners would like to be perceived as trusted advisors on diabetes prevention and control in cities".

‘Changing Future Health’ (CFH) aims to ensure that future parents are healthy and have taken steps to minimize their risks for chronic diseases before conceiving. The first country chosen for the pilot program of CFH was Malaysia, which had experienced an increase in the risk factors for non-communicable diseases, such as diabetes. Named ‘Jom Mama,’ the program targets young couples who are planning on starting a family.

“We are currently in the process of scoping a new Gestational Diabetes Mellitus (GDM) screening and management project in India, to be launched later in 2015,” says Soraya Ramoul, Director of Novo Nordisk’s Access to Health initiative.

Novo Nordisk is also committed to inspiring public health officials in municipalities worldwide to collaborate in the fight against diabetes with their ‘Cities Changing Diabetes’ (CCD) initiative. “By enabling a city to understand which cultural and social risk factors drive the dramatic increases in diabetes and obesity, Novo Nordisk and its global CCD partners would like to be perceived as trusted advisors on diabetes prevention and control in cities,” says Ramoul. Prevention and control begins with public health education and it is only through the spread of vital information that initiatives such as these can have success.

These are just a few of the initiatives by various pharmaceutical companies to improve public health education and provide access to quality essential medical products and drugs at affordable rates. It creates a win-win-win situation for public health departments, communities at risk, and pharmaceutical companies as they collaborate to create a world free of some of the worst diseases that have plagued mankind for millennia. A world rich with a free flow of information is essential to public health.