Remove barriers to prescribing. Achieve the highest level of access to patients.

Pharma Determined to Change Its Image in South Africa

Pharma's poor image is making it difficult to readily enter into fruitful cooperation with the government. 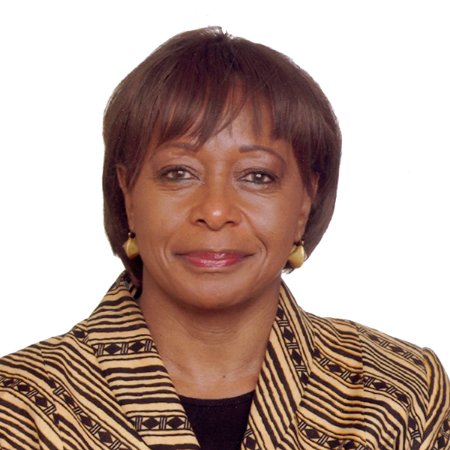 In South Africa, pharma is an easy target for criticism. Shying away from telling its own story directly to the public, the industry has failed to establish itself as a trusted partner in healthcare. Seen as profit-driven, pharma doesn’t inspire the confidence necessary to build a sustainable relationship with the government or patients. But that assessment isn’t fair. “We do a lot to improve healthcare. That’s why we exist. We live to find new medicines; we are driven by the passion of people who wake up in the morning to deliver new molecules that address a myriad of diseases, including cancer, HIV/AIDS, or other devastating communicable and non-communicable illnesses. Making money is a by-product,” said Konji Sebati, CEO, The Innovative Pharmaceutical Association South Africa (IPASA). Changing this perception is high on Dr. Sebati’s agenda. “We haven’t told our story because we’ve always had our backs against the wall. In that situation, it is natural to throw your hands in the air and do nothing.”

Keeping patents is part of the problem

The industry has received particularly strong disapproval over their insistence on maintaining patents. In South Africa, there is a 20-year period of product protection, during which generic companies cannot produce a given molecule. After the patent lapses, it’s everybody’s game. Many activists oppose this piece of legislation. Some argue against patents altogether, others say the period of protection should be shortened, yet others fight to make it impossible to extend intellectual property rights to products described as “incremental innovation.”

While it’s easy to oppose patents, those arguing against them need to realize two things. For example, the clock starts ticking at the moment of discovery, which happens before clinical trials can begin, and with registration delays, it is easily ten years before a drug reaches patients. “By then you are usually left with 10-12 years of protection,” Dr Sebati said.

Another, far more important realization, is that incremental innovation needs to be protected because, without it, there is no chance for real breakthroughs. The development of insulin is a good example. Dr. Sebati described: “It started with large needles, frequent injections, constant blood sugar measurements, etc. Now you have once-daily administration, jet injectors, insulin pumps, patches – none of that would be available without incremental innovation.”

Too much regulation doesn’t leave room to maneuver

But image problems aren’t the only issues keeping up pharma execs late at night. “[Pharma] in South Africa is highly regulated, to a point where the amount of legislation you have to abide by makes it very challenging to innovate. Regulation is good, but it should be balanced in a way that leaves room for growth, technology, knowledge transfer, and cooperation,” Dr. Sebati explained.

For example, Dr. Sebati proposed, there should be an opportunity to introduce different pricing policies for the public and private sectors. With 84% of South African population covered by the public insurance, it should be made possible to introduce tiered pricing for the public sector. “We could charge market prices for the private sector, and lower the prices for the public sector with the government guarantee of volume purchased,” Dr. Sebati pointed out. “Ideally, we would be able to negotiate with the government, so that cutting-edge medicines reach publicly-funded patients too. This way we could support government on access to all medicines, irrespective of it being a generic or an originator medicine to the public sector as well, but currently the law doesn’t allow that.”

As a resolve to the status quo, Dr. Sebati suggests that there should be an open line of communication between pharma and the government, which could include regular meetings of the partners to discuss issues and to strategize together on the best ways to deliver healthcare to all. “We should have a forum, where we meet every three months or so to discuss healthcare issues,” Dr. Sebati offered. This way would enable the government and pharma to deal with each other in an open and evidence-based manner. In addition, it would facilitate problem-solving as issues arise. “We have recently been inundated with questions about stock-outs at healthcare facilities, when members know that their medicines have definitely left the warehouses; a clear indication of lacking inventory control skills, efficient logistics, and distribution plans. Pharma is well-positioned to help. We have the expertise. We know logistics. We can partner with the government and train people. I would very much wish to see that cooperation with time. I don’t want us to only talk to each other when there is a crisis.”

Ideally, we would be able to negotiate with the government, so that cutting-edge medicines reach publicly-funded patients too. This way we could support government on access to all medicines, irrespective of it being a generic or an originator medicine to the public sector as well, but currently the law doesn’t allow that.

Nevertheless, the government is not the only stakeholder that needs to be brought on board. Conscious of that, Dr. Sebati is now looking for the best way to cooperate with e.g. patient groups. Although still unclear about the best manner in which to proceed, she’s looking at ways that can lead to a sustainable model of cooperation. “That’s one of the things we can do to build bridges with our most important stakeholder, the patient,” Dr. Sebati stated.

What we should all be doing as health partners and in this health value chain, is spend less time pointing fingers and fighting battles through the media, and more time sitting together and with government addressing the funding requirement for these medicines. Pricing is already regulated. This debate should no longer be happening.

Pharma also have to face accusations from some funders asserting that the biggest cost drivers in healthcare are medicines. Such attitude ignores the many factors around the discovery and the positive wave of new life-saving, life-prolonging, personalized medicines that will be approved in the coming years. As a result of those approvals, those drugs will shorten the disease suffering, get patients well and back to work earlier, with less side effects, and a huge economic benefit to the government in the end. “What we should all be doing as health partners and in this health value chain, is spend less time pointing fingers and fighting battles through the media, and more time sitting together and with government addressing the funding requirement for these medicines. Pricing is already regulated. This debate should no longer be happening.”

In spite of all these problems, incremental steps toward improving the situation are being made, and with some good will from all participating stakeholders, interests can be aligned and South Africa’s healthcare system can go a long way.

Remove barriers to prescribing. Achieve the highest level of access to patients.