Mental health in developing countries: How pharma can help

Mental illnesses affect hundreds of millions of people in the developing world, incurring high economic and social costs, yet they remain hugely under-resourced. Here we explore how pharma can help to change that. 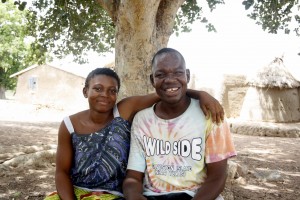 According to a WISH report entitled Transforming Lives, Enhancing Communities: Innovations in Mental Health, a major reason for the neglect of mental health conditions has been the lack of awareness of the burden they impose on individuals, families, and societies. In addition to this lack of awareness, there is the misconception that nothing can be done (even though effective treatments exist) and stigma, which in some instances leads to the worst human rights violations of our times. As a result, the vast majority of people affected by mental health problems do not receive the treatment and care that could transform their lives.

The same report states that mental health conditions are among the top five leading causes of non-communicable diseases, and lead to considerable disability and economic cost estimated to be an “astonishing” US$2.5 trillion for 2010.

"There are more than 350 million people in the developing world suffering from mental health conditions, and access to treatment in poorest-resource countries is very limited. In fact, in the developing world, up to 85% have little or no access to treatment", Christopher Underhill, founder of Basic Needs, an international development organization operating since 2000, told eyeforpharma. He started BasicNeeds following his experience with tortured and caged mentally ill people within a hospital compound in Africa.

“It is a matter of resources. Crudely speaking, 10% of the population suffer from mental health conditions, that is not counting the drug and alcohol problems, which are now also considered mental health issues. [Developing] countries often don’t provide for such a large number of people,” Underhill added.

The urgent need for action is probably best illustrated by the story of Francis, featured in the WISH report. Francis spent nearly one and a half years bound to a log in Ghana because of his mental health problems. This was partly because his family could not afford the US$17 for medication that would have stabilized his condition and enable him to be released. Francis said: “I felt very sad, neglected and abused, having my leg pinned to a log like an animal. It did not feel like home to me. I felt immeasurable pain from the weight of the log, especially whenever I wanted to reposition myself…” Today, thanks to intervention from a local community nurse and support from BasicNeeds, Francis is a working as a teacher.

To understand what the most pressing needs of low-income countries are, think about the most remote part of any country and how healthcare is delivered there. There is likely to be a state-funded district hospital, or, at a sub-district level, a general clinic, so access to specialized care is highly restricted. This is not vastly different from most developing countries, except there is even less resources. “If you think of a country like Tanzania, or Uganda, you would have a district hospital there, where you would probably find a doctor of some kind. There is a chance that the mentally ill person won’t get an opportunity to be properly diagnosed, let alone appropriately treated,” Underhill described. “Often people have to travel, and who can afford to travel? Only the better-off families. It comes down to the question of how can people pay to seek treatment, let alone receive treatment.”

In Laos, there are two psychiatrists for the whole country [population over 6 million people]"

The next question regarding resources, are human resources, which are also staggeringly limited. “In Laos, there are two psychiatrists for the whole country [population over 6 million people]. In Ghana there are 20 [per 20 million people], most of them retired, or working in private practice,” Underhill said. Almost half of the people in the world live in a country where there is one psychiatrist or less to serve 200,000 people. For comparison, OECD Health at a Glance 2011 report states that there are 10-20 psychiatrists per 100,000 population in most OECD countries.

Creating a diverse and skilled mental health workforce is an essential building block for any mental health service. The lack of a skilled workforce is one of the main reasons people with mental health problems do not receive treatment, or receive poor quality care. WISH estimate that in low- and middle-income countries, there is a shortage of 1.18 million workers.

“How pharma can help is an important question,” said Professor Vikram Patel, a leading expert in global mental health and one of the co-authors of the WISH report, in an interview with eyeforpharma. “The most important question I have, about mental health across the world, not just the developing world, is the low investment that pharma are making into developing medicines for mental illness. Many pharma companies are losing interest, and indeed hope, in developing new products for neuropsychiatric diseases,” he asserted. According to Patel, one of the key reasons for this state of affairs is poor understanding of the mechanisms underlying mental illnesses, which makes it nearly impossible to develop targeted treatments. “Nevertheless, some kind of incentive, e.g. one that supported pharma to develop drugs for rare conditions, which don’t have much market value, should be put in place to promote investment in neuropsychiatric drugs.”

Anything from raising awareness, to developing training programs for primary healthcare and community workers for diagnosis and treatment, all the way through to promoting research on mental illness, both, discovery and delivery research. All this would be worthy of pharma support".

But there is a whole range of services that would benefit from pharmaceutical involvement. “Anything from raising awareness, to developing training programs for primary healthcare and community workers for diagnosis and treatment, all the way through to promoting research on mental illness, both, discovery and delivery research. All this would be worthy of pharma support,” Patel added.

Underhill shed some light on how this can be done in practice. “Anyone wishing to help in the mental health situation of a low-income country would have to make an assessment of whether they wanted to address the middle class, so the few people that can afford to pay, or the poorest people in the community, who are the vast majority of the population,” he pointed out.

If a pharma company is  interested in working in a low-income country, they have to think about how they can make a contribution to a mental healthcare system in that country.  They need to partner up with organizations, such as BasicNeeds, which has a thorough understanding of how to work on a community level. Another thing is supporting training of healthcare staff on a community level, both, clinically and administratively.

“Paradoxically, dumping a bunch of medicines within an embryonic system might not be useful,” Underhill noted. “It depends on the continuity of the supply, as obviously, throwing in two-months’-worth of drugs is not going to make a difference to people who need to be medicated for a long time, perhaps even a lifetime.”

Pharma companies must understand that they can’t just go in, do something, and get out. They have to make a long-term investment, form partnerships, that’s how they can become a trusted partner.

”By getting involved with mental health in the developing countries, pharma has unparalleled opportunity to improve their image, provided they work with those countries well. Underhill advised: “Pharma companies must understand that they can’t just go in, do something, and get out. They have to make a long-term investment, form partnerships, that’s how they can become a trusted partner.”

Dealing with mental illness in developing countries is about more than just one drug that a company might have. It is about understanding what the Ministry of Health and the Chief Psychiatrist of a country want to accomplish in that space and helping them reach their goals, by learning from organizations such as BasicNeeds. “[Pharma] should be a part of a plan to put a mental health system in place. And they need to be ready to pay for it in some way. It’s not a lot of money, but it is a long-term commitment,” Underhill asserted.

Mental health needs of developing countries are desperately calling for intervention. Pharma could use their resources to create long-term partnerships with the countries in need, and support them in building healthcare systems.