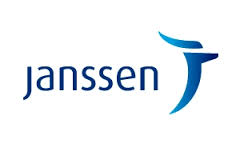 This approval was unusually and impressively speedy given that Janssen was only involved in the development process, a collaboration with Pharmacyclics, from December 2011 – several pivotal clinical studies only beginning after this date and full approval coming less than one year after regulatory submission in October 2013. As EMEA Therapeutic Area Leader for Hematology and Oncology, Adam Hacker was justifiably proud of the pooling of collective talents that was instrumental in this success story.

eyeforpharma: Who were the key internal stakeholders throughout the whole process and how were they brought together?

Adam Hacker: Pharmacyclics had taken ibrutinib quite far in the development process. Janssen’s role in the collaboration was to work with Pharmacyclics to set up the pivotal studies and take ibrutinib through to registration and beyond. By around June 2012, we had our first randomized phase3 study enrolling patients. You can imagine the complexity of bringing this collaboration together – Janssen had no involvement in Pharmacyclics’ plans up until the beginning of the partnership – working with a partner company, agreeing to the development program and initiating and enrolling the first patients into a phase 3 study in just 6 months is a tremendous achievement, particularly as this also includes the requisite regulatory and ethics approval required to initiate the clinical study.

The governing team of our drug development processes is called the compound development team (CDT), and within that team sit a variety of core disciplines: pre-clinical experts, clinical pharmacology, clinical development, manufacturing, legal, finance and so on.

Each of these disciplines have global responsibilities, which were matched up to a similarly structured Pharmacyclics team, and they worked very closely to establish the overall development programme for ibrutinib. Furthermore, Janssen provided specific regional support to inform the global strategy from a regional perspective. In the core structure of a regional team, we would have representation from strategic marketing, medical affairs, regulatory, market access and health economics.

The regional team is then supported by local teams in individual countries with similar structures, so the whole process is a collaboration between the local teams, the regional teams and the global team. And of course, when you have an organizational structure like this, the strength of the leadership team, in terms of bringing each of the different functions together to work towards a common goal, is very important. That’s how we develop such a collaboration, and that’s what we refer to as a heavily matrixed organization.

Adam Hacker: In reality it works very well. It’s very effective and the entire structure is built on the basis of the talent we have in our organization. That’s a very important component, as well as the experience we have gained in the development of other products. When Pharmacyclics decided to collaborate with us, part of their decision was focussed on what we at Janssen had done historically with our oncology portfolio.

We have great examples in products like VELCADE and ZYTIGA where we have been very successful in rapidly bringing those products to market. We have strong data generation programs, and then once we’ve achieved the initial approval, we’ve gone on to generate additional data to support further approval, labelling updates and so on.

In order to be successful in a highly collaborative environment we need to have the right talent in the organization. A few years ago each individual discipline was very much focused on their own function. Now what I look for in my own medical affairs team are much more rounded professionals that have a good understanding of varying touch-points with other functions and this helps them in the decisions they have to make".

eyeforpharma: Is this an approach Janssen has always taken or is it a response to pressures in recent years?

Adam Hacker: As the science has become more complex we have embedded deep scientific knowledge into our R&D organization by focusing on specific diseases.  In this case, hematology is one of our “disease area strongholds” and this structure and expertise has clearly been important in moving ibrutinib rapidly through the development process.

An additional important point to make is that in order to be successful in a highly collaborative environment we need to have the right talent in the organization. A few years ago each individual discipline was very much focused on their own function. Now what I look for in my own medical affairs team are much more rounded professionals that have a good understanding of varying touch-points with other functions and this helps them in the decisions they have to make. We work within our own function, of course but with such a rounded approach we can quickly learn from our health economics team, from our market access team, from our regulatory team and our marketing partners in order to really build our medical strategy. Such a level of understanding of all disciplines is very important to help facilitate the important arguments that need pulling together during the development of a strategy. So, that up-skilling is certainly an important focus and that’s why I would always emphasize the importance of the talent that we have in our organization at Janssen.

eyeforpharma: What were the primary drivers in the speed of this approval process?

Adam Hacker: Again, it’s the collaborative process. When we see a drug like ibrutinib that is so promising, we give it a high priority within the organization in order to speed up the various stages of development.

The partnership with Pharmacyclics is also very important. It’s two companies with different cultures that you have to bring together. It’s not a situation where Janssen just takes the drug and gets on with developing it – it’s a real partnership, where we agree on everything such as the detailed design of the clinical studies, so collaboration is key.

eyeforpharma: What are the external elements to take into account?

For ibrutinib, we wanted to accelerate things so we went to a number of national authorities first, as this provided an opportunity to get scientific advice quickly and take this into consideration, aligning our study designs to the advice we received".

Adam Hacker: As a large company, we talk to regulatory authorities and there are standard procedures for obtaining key scientific advice. Advice can be sought at both the regional level, via the European Medicines Agency and vial local Health Authorities in individual countries. For ibrutinib, we wanted to accelerate things so we went to a number of national authorities first, as this provided an opportunity to get scientific advice quickly and take this into consideration, aligning our study designs to the advice we received. Then, we obtained more formal pan-European advice through the EMA. The approach was very effective in this case and allowed us to move rapidly into the first clinical study.

Now, what has occurred over the last few years is that the reimbursement hurdle has gotten a lot tougher and a lot more complex. At Janssen, we are very proactive in taking advantage of new procedures and for ibrutinib we chose to obtain feedback from multiple reimbursement authorities simultaneously via a procedure that had recently been established by the EUnetHTA organization.

Having gathered the feedback, aligning the varying needs of all the different stakeholders i.e. regulators, reimbursement authorities and also treating physicians, is critical to ensure that the data obtained from the clinical development programme will ensure that ibrutinib will achieve regulatory approval and reimbursement. The regulatory approval that we have just received is an important step in being able to get ibrutinib to the patients that need it.