US firm seeks to build on success of its Remicade copy, Inflectra with real-world studies. 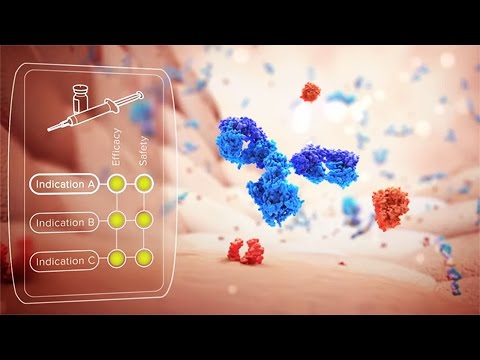 Biosimilars represent something of a new frontier for pharma: although more complex and costly to manufacture than generic drugs, they promise to be a fruitful area. Hospira is among the pack of companies leading the way here, and the US firm was recently buoyed by results for its brand Inflectra: the first real-world study of the drug - a biosimilar of J&J’s arthritis blockbuster Remicade – supported the idea that patients should switch to it from Remicade.

This is obviously good news for Hospira – and such data provides exactly the sort of information that payers, providers and patients are looking for, says Paul Audhya, Hospira’s Vice President, Medical Affairs EMEA. “Real-world studies such as this can help provide additional confidence in biosimilars, giving clinicians an opportunity to reduce healthcare spending and provide greater access to biologic medicines for patients in need,” he says.

Hospira funded the Finnish study, which was authored by Dr Tuulikki Sokka, head of rheumatology at Jyväskylä Central Hospital. It showed that there were no efficacy or safety issues with Inflectra (infliximab), which is approved for rheumatoid arthritis, ankylosing spondylitis, Crohn's disease, ulcerative colitis, psoriatic arthritis and psoriasis.

Sokka said the study showed that “patients with various rheumatic conditions who are stable on Remicade treatment don’t experience a loss of effectiveness or unexpected side effects when switched to biosimilar infliximab”.

For Audhya, such real-world programs prove nothing less than the very “principal of biosimilarity” – that these drugs work, in short he explains. “We can model what the benefit might be in advance of the product being available. It’s very important for peers to understand what somebody does with these products and give them confidence to use them.”

It is not just doctors who benefit, he believes. Real-world studies are important for the payer community too. “They represent what a payer will experience: a clinical trial is always a subset of a much, much larger patient population,” he goes on. “Results are then extrapolated into the real world and physicians make decisions on individual patients. But by doing these kinds of [real-world] studies, it allows the payer to feel confident in funding and supporting these products.”

The payer can see how such products will be utilized – in terms of dosing, for example – and perhaps get hints on the effect reimbursement would have in their own economies.

But real-world data can provide verification that what was found in the trial is happening in the real world.

This is not to say that real-world studies are better, he insists, just different. “Evidence coming out of clinical trials is done in a very systematic way,” Audhya goes on. “Systematic data collection in a refined patient population holds a lot of value – you can measure things in a very specific way so that patient populations are comparable and so on. But real-world data can provide verification that what was found in the trial is happening in the real world.”

In other words, this data will complement clinical study data. A good way of looking at it is as two stages of a process, both of which have their own biases. “They both have their benefits and risks: you need both to get a full picture,” he says.

Real-world data certainly presents challenges, not least in terms of comparability. “There’s a risk that there are different practice patterns within countries or around Europe,” Audhya acknowledges. “We don’t make overarching comparisons between populations – we provide the data, the analysis and the descriptions and then allow the physicians and payers to make their own interpretations of what they see.” Hospira is happy to co-operate with them in interpreting these results, and is ready to answer questions from investigators, help get analyses into papers and disseminate findings to a wider audience. “But we are not defining what the conclusions should be,” he says firmly.

“We’re very interested in providing safety, effectiveness, and cost-effectiveness data,” agrees Paul Greenland, Vice President - Biologics at Hospira. “And the more companies out there doing that, the better it is for patients, payers and providers.”

Audhya joined Hospira in the US two years ago to help plan for US biosimilar launches, and then took on responsibility for Europe, the Middle East and Africa. A veteran of companies such as Amgen, Abbott Laboratories and Janssen in an 18-year career, he sees Hospira’s relatively small size as an advantage. “The ability to make decisions, to move quickly and be responsive to our stakeholders is the key benefit of working in a smaller company,” he says, citing the work Hospira has done over the last year as evidence of this “nimbleness”. He will not be drawn on whether Pfizer’s impending takeover of Hospira, due to go through in the second half of this year, will alter that culture.

The company is currently focused on continuing to support its own, and other people’s, real-world studies and two such programs are currently enrolling for Inflectra: CONNECT-IBD will follow 3,000 people in Europe with Crohn’s disease or ulcerative colitis for two years while PERSIST will look at 1,500 patients who have either not received the biologic or who are switching from Remicade.

Critics of real-world studies point to issues over identifying adverse events and safety signals. “A biosimilar manufacturer is trying to replicate structure and function,” points out Audhya. “We already know it’s safe so we are not trying to re-prove anything. We’d expect to see equivalent effectiveness and similar safety. There shouldn’t be any change.”

He says real-world study investigators do look for safety signals, including those around a potential new immune response from receiving a new biological product. “We have a list of adverse events which are of special interest to us,” he says. “We’re looking at an incident rate which should be similar to the originator. We are actively surveying, asking patients about particular effects – there is a focus on trying to elicit that information. We’re specifically reporting those things in as systematic a way as possible, which creates a strong likelihood that we would find anything new if it arose.”

There is a compelling cost argument around biosimilars (an estimated $20 billion per year could be saved by using them in the US alone, the company says) since they are invariably offered at a significant discount. “A price discount of around 20-30% is usually what’s needed from payers and physicians to stimulate interest to start using the product,” says Greenland, who is responsible for commercial development of biosimilars in Europe. However, there are suggestions that savings can be even higher.

“Obviously biosimilars have been developed to bring competition to markets where we’ve not seen competition since the originator drugs,” Greenland goes on.

Commercialized through Hospira’s agreement with biopharma partner Celltrion, Inflectra was the first biosimilar monoclonal antibody therapy to be approved in the European Union in 2013, and he believes that this regulatory decision will be the catalyst for wider development of biosimilars in pharma. “We’re still in the early stages of development of the biosimilar market,” he says. “But you can see already that boundaries between Big Pharma and generic pharma are somewhat blurred. Many companies are showing an interest in biosimilars because they can see this market holds great promise.”

Choosing which ones to develop depends on a variety of factors. “That includes the success a product has had historically,” Greenland says. “Infliximab has quite a track record with gastroenterologists, rheumatologists, dermatologists. Its mechanism is well understood – it’s safe and effective. Its reproducibility and consistency are primary determinants.”

There is also the question of intellectual property. “Understanding the IP landscape also comes into it,” he goes on. “The capabilities of the organization are taken into account when making the decision to advance a program on one biosimilar or another. There are a lot of commercial drivers involved in that decision making.”

Looking to the future

With many biologics, access has been an issue – especially because of cost. We hope price competition will help patient access.

As things advance, the launch sequence for a biosimilar is driven by the market. “When the patents expire on the originator products, as soon as patent protection is removed, we’ll try to launch as soon as possible,” Greenland explains. “For example, in Europe with Inflectra, we were able to launch in Portugal, Ireland, Norway and Finland as early as 2013, but patents prevented us from launching in other European markets until February this year.”

Biosimilars began their evolution a decade ago and things are gathering pace. “Today there are biosimilar insulins, growth hormones – having the first monoclonal biosimilar approved is very significant,” Greenland continues. There is a great deal happening in pipelines in oncology or immunology and as providers’ confidence in using these products increases, so greater utilization will become a reality for biosimilar manufacturers. “It’s a story that builds on itself to some degree and we’re interested in being leaders in this space,” he concludes. “With many biologics, access has been an issue – especially because of cost. We hope price competition will help patient access. Biosimilar manufacturers are coming into a competitive market. This will continue to be a success story.”