The first product has now gone completely through EAMS: what lessons can other companies learn? 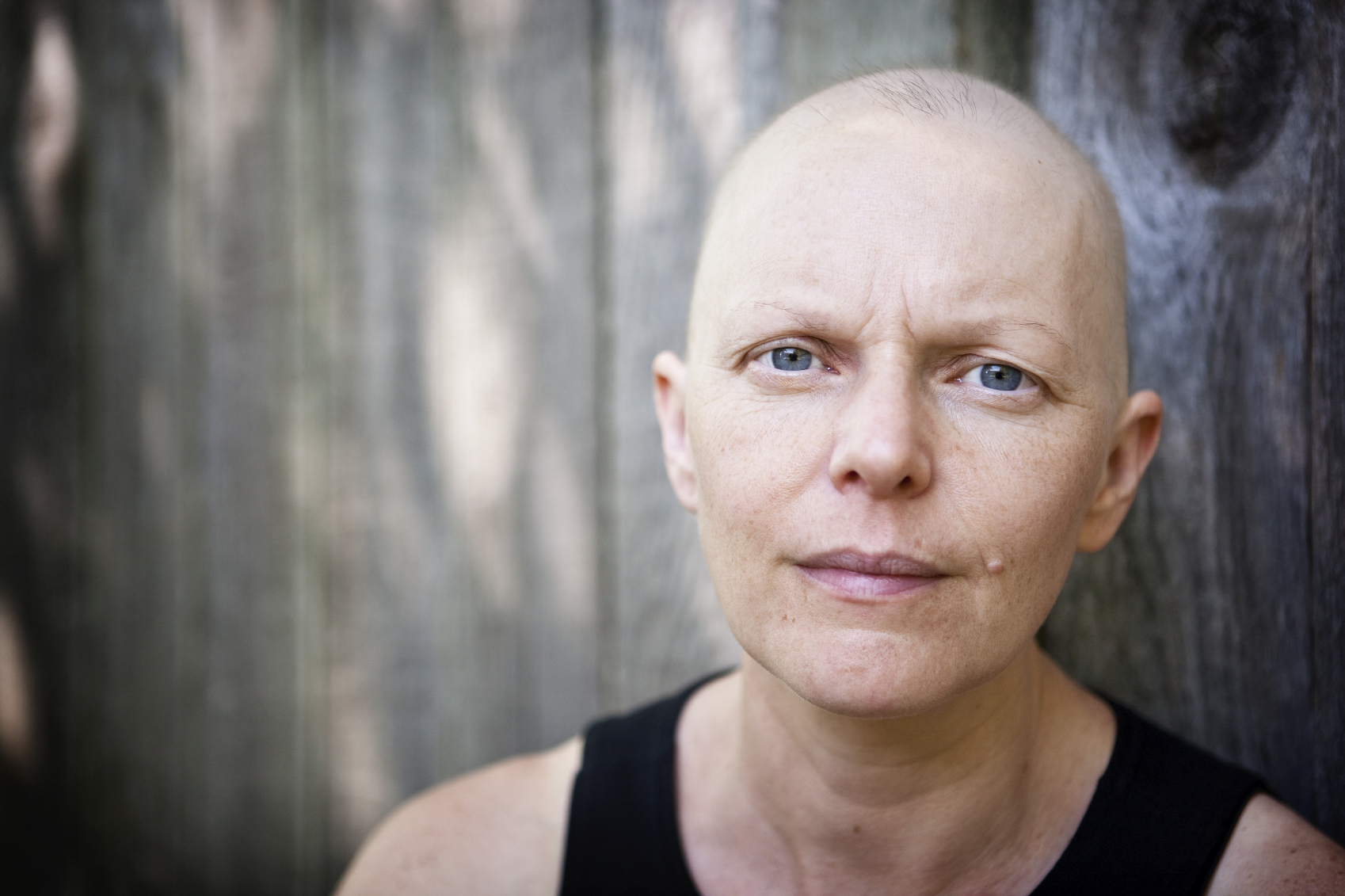 Early access is currently a buzz phrase, and why not, since with many diseases there can be a limited window of opportunity where taking a medicine will make the most difference. That difference might be avoiding progression to more severe symptoms or precious extra months of life. The UK’s early access to medicines scheme (EAMS) was launched in 2014 with the ambition of allowing access – as long as a product looks really promising and addressed unmet need - before formal licensing (see box 1 on the scheme).

EAMS is entirely voluntary for companies although perhaps patients, clinicians and others might be encouraging them to consider EAMS behind the scenes.

For products that treat life-threatening or seriously debilitating conditions, with unmet need

The Medicines and Healthcare Regulatory products Agency (MHRA) have set out criteria to guide when EAMS is an option:

2. Likely major advantage over treatments used in the UK

Companies can draw on guidance to help them put together their application pack. Companies pay the MHRA £4,027 for a year long PIM. Applications and PIM status are kept confidential by the MHRA, but companies can share the good news of PIM designation if they wish too. A positive PIM can be helpful for companies who want to reassure their investors about their product.

Companies must have a PIM before they can apply for the EAMS SO. They must also have a pre-meet with MHRA to discuss their application; a good idea as this stage costs £29,000 for a year-long opinion and requires a lot of work on the company side. Crucial here is the evidence base: whilst not expected to be comprehensive it’s got to be good enough to allow MHRA to come to an informed view of the balance of benefit and risk. The company not only has to provide a submission (essentially Modules 1 – 5 of the Common Technical Document) but also information for patients, physicians and plans for pharmacovigilance. Drug registries might be needed too to understand real life use under EAMS. According to MHRA guidance, companies should hear back on whether their application is successful or not within 75 or 90 days, although they can ask for more time if needed to be able to resolve issues and improve their application.

A positive EAMS SO results in an EAMS Public Assessment Report (PAR). The PAR sets out the MHRA opinion indicating a positive benefit/risk balance on the basis of early evidence, plus accompanying documents to support patient and clinician decision-making.

EAMS can include data collection so in theory it can support appraisal by the National Institute for Health and Care Excellence (NICE) and commissioning by NHS England.

And as always in the UK, with unlicensed medicines, any EAMS product is prescribed under the responsibility of the prescribing physician.

No reimbursement but guidance on use before licensing

Companies aren’t able to charge for use under EAMS. However, what they can achieve is awareness of their product - whilst respecting the rules that prohibit marketing before a product has it’s marketing authorisation - and clinicians have a valuable opportunity to build up experience in using new products. Patient benefit is the ultimate goal.

Interest in the scheme so far

Since the scheme is confidential, it’s difficult for anyone other than the MHRA to know the amount of interest in the scheme. Some snippets of information have emerged over time though. For example, in April 2014 the MHRA revealed that the  PIM application form had been downloaded 63 times, and the full EAMS SO form 28 times. MHRA have also released statistics on the first full year of the scheme (see figures below). The order of magnitude difference between downloads and applications signifies a lot of early interest, and suggests that companies are keen to find out their options even if it’s not quite the right time – or option – for their products at the moment.

Doubts about the EAMS scheme

Some have described ‘stumbling blocks’ for EAMS, particularly the costs: not just for applying but also for providing any EAMS product at no charge during the duration of the scheme. Added to these costs are the uncertainties in Health Technology Assessment (HTA), views of payers, as well as clinicians and patients so reimbursement and uptake is not a given.  Put simply, is EAMS worth it for companies?

Keytruda: the first product to go from EAMS to NICE guidance

Merck, known as Merck Sharpe and Dohme (MSD) outside the US and Canada, is the first company to go through EAMS from start to finish. Their experience is with their immunotherapy, Keytruda (Pembrolizumab) in advanced melanoma.

Their EAMS SO was supported by the KEYNOTE-001 trial; the largest Phase 1b study of anti-PD-1 therapy in patients with advanced melanoma. MHRA’s PAR sets out the salient details; Keytruda was studied in 411 patients with advanced melanoma, some who had treatment before with ipilimumab and where appropriate, a BRAF or MEK inhibitor, and others who had not. The PAR goes on to describe the benefits, not least of which is that 60% of patients survived for at least one year. It also identifies the risks, such as fatique and a rash but with recognition that most of the side effects will resolve following appropriate treatment or on stopping Keytruda. MHRA also explain why they gave a positive EAMS SO; this focuses on the poor results of other treatments and the relatively mild and moderate side effects in the context of a fatal condition. For completeness they also cover how risk will be managed during EAMS.

MSD says that EAMS has enabled around 500 patients with advanced melanoma in the UK to benefit from early before licensing.

Figure 3 charts the timetable for Keytruda in advanced melanoma from application to the European Medicines Agency (EMA) all the way through to routine use in the NHS.

Figure 3: Keytruda in advanced melanoma: from application to EMA to routine use in the NHS in England

A look at the timetable highlights not only the speed at which the system can move from application for marketing authorisation to final NICE guidance - an impressive 17 months for use in patients whose disease has progressed after treatment with Yervoy (ipilimumab) - but also the amount of work that must have been going on behind the scenes. Over those 17 months MSD will have worked with EMA on their application for marketing authorisation, NICE to support their appraisal (on both ipilimumab treated and ipilimumab niave patients), but also with NHS England who issued two commissioning circulars to the NHS. The commissioning circulars adds practical details on the who what when how EAMS worked, at least in England.

This is an example of a company working with multiple stakeholders but in the testing times that can be being the first guinea pig. Mike Nally, Managing Director of MSD UK, said that, “this offers a world-leading example of how different stakeholders in a healthcare system can work together to ensure ‘joined up’, accelerated access for patients across agencies involving industry, government, MHRA, NICE and NHS England.”

MSD also secured what NICE has described as a “fast track” process. NICE notes that, “Pembrolizumab received a marketing authorization on the 17th July and the FAD was issued to Consultees and Commentators on the 28th August, making this one of the fastest publications of a first output and subsequent final guidance from NICE following it’s marketing authorization.” The speed of NICE in looking at Keytruda is a first and ties into the broader agenda in the UK of bringing about a “lit runway” for innovation as being championed by Parliamentary Under Secretary of State for Life Sciences at the Department for Business Innovation and Skills (BIS), George Freeman. NICE recommended use of Keytruda after treatment with ipilimumab or a BRAF or MEK inhibitor and with a Patient Access Scheme (PAS) in place. They have also released draft guidance recommending use for those who have not been treated with ipilimumab.

Although it’s not in the public domain when a PAS was tabled by MSD, if they went in early with this to both the Department of Health (DH) - who have first say on such schemes - and to NICE, this would also have helped NICE move quickly. NICE forgoing the usual Appraisal Consultation Document (ACD) stage helped too.

Unprecedented too is the prospect of implementation of positive guidance from NICE in 30 days, not the usual 90 days, as set out in an NHS commissioning circular. That circular also highlights MSD’s commitment to continuing to provide Keytruda at no charge to patients initiated under EAMS up to publication of final guidance from NICE. MSD is picking up the tab beyond the time that they technically need to, going beyond the end of the EAMS.

Shrewdly, MSD also seems to have side-stepped needing to make use of the Cancer Drugs Fund (CDF). That has lifted them above what has been a heated debate and which no stakeholder group – outside of number 10 - is likely to describe as a satisfactory situation.

It is still very early in the implementation of EAMS and much may change as the system matures, particularly as it is also in scope of the ongoing Accelerated Access Review (AAR). This review is looking precisely at how the whole ‘end to end’ pathway for medicines can be speeded up. The AAR is due to produce a final report in April 2016 (having been delayed from an expected date for the final report of December 2015….even the AAR can’t be that speedy it seems).  It’s also difficult to extrapolate from the first example, but some pointers for companies thinking about EAMS can be drawn out.

1. Stay focused on the patient. EAMS is focused on enabling access when there is an unmet need amongst those patients experiencing life-threatening or seriously debilitating disease. MSD has been able to convince the MHRA that this is really the case for advanced melanoma. NICE have fallen in line too, highlighting the number of people who died from melanoma in the UK in the past. That must also have colored the view of NHSE who should be allowing Keytruda to move into routine commissioning much faster than other drugs appraised and given a positive recommendation by NICE.

2. Talk to everyone. There have been at least four agencies involved in moving from application for marketing authorisation to routine use in the NHS. MSD must have met with all of them and worked through how to provide uninterrupted access for patients.

3. Get organized. Just the number of agencies involved, and the planning and execution of providing what amounts to at least four ‘packages’ on the evidence must have taken a lot of effort.

4. Work collaboratively within the company. Getting the result that MSD has to date must have also required good links within the company as success requires bringing together regulatory, policy, health outcomes and market access, communications and customer-facing staff, not to mention sign off from global.

5. Put in sufficient resources. Although it’s likely to become more streamlined as everyone learns by doing with EAMS, there is a need to ensure it’s resourced on the company side. Time is taken up not just with preparing application packs, but clarifications and follow-up with many stakeholders as well as the headline fees for EAMS. Not putting in enough resources could prove to be a false economy when you’re going to incur the fees for EAMS and risk a rejection. If you’re going to apply for EAMS, do it properly or not at all.

Leela Barham is an independent health economist and policy expert based in the UK. She can reached at leels@btinternet.com