UPDATED Exclusive: The Devil is in the Detail – How The Guardian's Bias Towards One Leaked Memo Proves Greater Transparency is Needed From All

The ongoing battle for clinical trial transparency took an unexpected turn this past Sunday, 21st July, when the Guardian ran a story featuring details of a leaked memo, apparently containing a plan to conceal “secret documents on drugs trials” from the public and concerned medical practitioners. 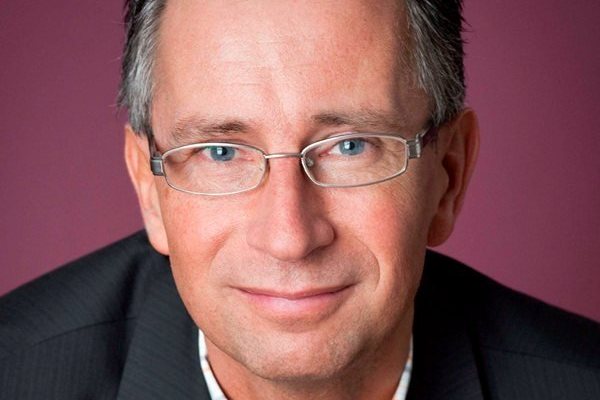 On Wednesday, 24thJuly, EFPIA and PhRMA responded to the ongoing argument with a joint set of new principles aimed at addressing these transparency concerns. Speaking exclusively to eyeforpharma, Richard Bergström, EFPIA Director General, explains the intentions of the joint position document and the real story behind that leaked memo….

The AllTrials campaign and the subsequent calls by the European Union, White House and the EMA, to push for full and frank disclosure of clinical trial information is a story we’ve been following now for quite some time, and with good reason. Personal opinions to one side, common sense would seem to dictate that trial transparency is a no-brainer, and as this campaign begins to enjoy more publicity, so the public continues to express surprise that full and frank publication of ALL trials data is not already a common practice.

It’s a story which has until now remained the province of trade publications, medical journals and niche columns, however this past weekend that changed with an exclusive in the Guardian which implicated EFPIA, Patient Advocacy Groups and the Pharmaceutical industry as corrupt organizations intent on concealing damaging clinical trial evidence from the public.

Except, that isn’t actually the story at all.

Following the Sunday scandal and the resulting press coverage, eyeforpharma reached out to Richard Bergström to get the full story behind the memo and find out what the intention really was, and as it turns out the Guardian story wasn’t only incomplete, it was grossly biased in its assumptions.

“The leaked memo described how we were going to deliver on this, how we’re going to make this commitment work.” The ‘this’ that Richard is referring to is the recently released position paper, which outlines a joint strategy by EFPIA and PhRMA to offer full access to clinical trial data to medical and scientific researchers, the culmination of months of hard work and joint consultation.

“For this to work, we need to get buy in from a number of people, we need patient groups to say what they think and hopefully we’ll get their support. We need to talk to the scientific community, we need to shape the clinical trial regulation discussion and we need to liaise with the EMA.”

Put the memo into context (the full memo can now be seen below), alongside the position paper. EFPIA, the European trade body for the pharmaceutical industry are working on a transparency proposal to take to EU regulators which meets some of the needs of the scientific community while also addressing other concerns such as patient privacy. Naturally, once the paper is ready for release, the next stage is to communicate your strategy to group members so everyone fully understands the intent.

On the subject of intent, was EFPIA’s intention to “‘mobilize’ an army of patient groups” in a cynical commercial attempt to withhold information as memo seemed to indicate and the Guardian story has claimed?

“I can see how, taken in isolation, it's a great story, you take this and it looks as though we’re going to go out and basically set up some friendly patient troops and they will do what we tell them, it doesn't really work like that. Bullet number 2 in my document was to mobilize scientific organizations, now that the Guardian didn’t pick up on.”

Having read the document (Richard showed me the memo, which was included in an email chain with Guardian Science Correspondent, Ian Sample, during his investigation) it does contain language which could be seen as inflammatory. ‘Mobilize’? It sounds tough, but let’s be honest, in an office environment, who hasn’t heard this term in the past?

I ask Richard about his use of language and whether or not he regrets his choice of words. “I’ve been in the industry for more than 25 years (20 in the industry, 5 with the government). When we write our documents we talk about ‘rallying’ or we talk about ‘mobilizing’ or ‘reach out to’ or ‘seek support from’. I have no regrets as to the language, this is sort of industry standard.”

While there is truth to the call for patient groups to lobby for the new principles, the Guardian’s assertion that an army of corrupt patient groups are ready to fight for their pharmaceutical masters is superfluous. We’ve also looked at the wording of the now infamous memo and the damning story which followed the leak, honestly as a journalist I’m finding myself feeling a little ashamed here. Ashamed that it seems the media, rather than remaining unbiased and impartial, have put a sinister spin on what is in reality, quite a benign piece of paper. I ask Richard if he explained this all to the Guardian, and whether or not he had record of those conversations.

They asked us for comment, which we were grateful for, but then they didn’t take on the comment

“Yes, we even forwarded the full email to the Guardian so they could see the other bullet points including the [reference to] scientific organizations. We said this has to be viewed in the context of a major announcement that we will make Tuesday [in reality Wednesday] next week.”

“They asked us for comment, which we were grateful for, but then they didn’t take on the comment. The comment was that you have to see this in the context of our upcoming commitment, which is coming next week, we said. But they ignored that.”

Reading back and forth between my notes and the original article, I’m not sure who I’m more afraid of, big pharmaceutical machine, corrupt to the core as some strands of the media would have you believe, or the media machine themselves, able to twist any story any which way they please. I have a great respect for the news media (including The Guardian) and for drug companies, without whom my diabetic father wouldn’t last very long, but both have their negative sides. I despair at the recent stories hailing from GSK in China, and I despair also at a story which, once you dig beneath the surface, appears to be more witch-hunt than honest, unbiased reporting.

Nowhere in the original piece was there mention of confusion over intent, uncertainty over the use of the word ‘mobilizing’ or allusion to the fact that, in reality this was an incomplete story suffering from a lack of communication between the concerned parties

I take my concerns to the Guardian, and in the interest of full disclosure, after several phone calls and emails I get a response:

I'm very surprised to hear that from Richard.

I called him prior to running the story and was asked to email in my questions. I had an email back from EFPIA which said it contained a longer email exchange, but it didn't actually include that material. I then got a statement from EFPIA, which we used in the piece. I asked specifically how the industry would "mobilise patient groups" - a strategy that was described as "underway"; which groups had been mobilised; why it was being done; and what EFPIA wanted to achieve through the strategy. All I had in response was the very general statement we used. That was pretty disappointing.

If EFPIA is now saying that it is not mobilising patient groups it might have done well to make that clear in its statement. If it is mobilising them, as the memo asserts, it should simply have stated how and why.

I spoke with people who were on the email list and some said they were uncomfortable with the strategy as described.

While the email response does go a long way to explaining how the Guardian reached the conclusion that they did in the original piece, it doesn’t offer any explanation as to how their conclusion was so final, damning or sensationalist. Nowhere in the original piece was there mention of confusion over intent, uncertainty over the use of the word ‘mobilizing’ or allusion to the fact that, in reality this was an incomplete story suffering from a lack of communication between the concerned parties.

UPDATE: I've had a few requests now for the memo to be printed (we didn't run it originally as it's around 600 words long), for privacy reasons all names and contact details have been redacted. That aside, you can read the memo in it's entirety below:

please find below a message from Richard Bergstroem , EFPIA DG with respect to the various elements of the Clinical Data sharing debate , the assignment of responsibilities (including work with US PhRMA colleagues) and next steps


The EFPIA Board has approved the draft position paper developed jointly by PhRMA and EFPIA. The final version is attached, and is now subject to confirmation by the PhRMA Board two weeks from now. PhRMA and EFPIA plan concomitant press releases in the week of July 22.


The advocacy plan, previously approved by the two Boards is underway, and follows four strands:

1. Mobilising patient groups to express concern about the risk to public health by non-scientific re-use of data.
2. Engaging with scientific associations to shape the industry commitment for data sharing, and to discuss concerns about re-use of data.
3. Work with other business sectors that are also concerned about release of trade secrets and commercially confidential data.
4. For the long-term, build a network of academics across Europe that has the capacity to counteract mis-use of data (that is deemed to be happen in any case).

There will be a series of meetings in Brussels, organised jointly by PhRMA and EFPIA, in the week of August 26 to advance these strands.


B. EMA consultation on draft :


On June 24th , the EMA published its revised policy on the publication and access to clinical trial data for consultation. Comments are invited and should be provided to the EMA by 30 September 2013.

Whereas the press release was quite balanced, the detailed proposal raises concerns:


1. No process outlined to discuss CCI in CSRs prior to release.
2. Raw data: unenforceable controls to ensure robust and scientifically credible secondary analyses.
3. Requirement for anonymised raw data to be supplied at submission negates EMA’s responsibility for release of PP information.
4. Publication of CSRs from withdrawn or unsuccessful submissions could undermine future commercial viability of product.
5. Identification of study personnel.


The EMA document takes into consideration the outcome of the process run by the 5 CT advisory groups earlier in the year to which EFPIA contributed through the input prepared by the 5 Temporary Working groups (TWG) set up under the SRM PC auspices.

A detailed response will be prepared by a joint EFPIA-PhRMA team. The work will be led by [Redacted], Lilly, [Redacted]. From the EFPIA side the  EFPIA TWG chairs (Rules of engagement, Patient confidentiality, good analysis practice, CT data format, legal aspects) will be part of the drafting group:


[Names of four individuals within the drafting group redacted]

PhRMA will assign a small group of people from the bigger EMA data disclosure WG.
The drafting group will tentatively have a TC July 9.
The final draft will be shared for consultation with the broader membership later this month.

D: Clinical Trial Regulation:
Advocacy directed at Council (and EC and EP) will focus on:
- avoiding definitions of CCI in the CTR itself,
- seek to delete preamble text that CSRs do not "in general" include CCI (even if current text is acceptable as fall-back position).

The EFPIA PACT(Public Affairs on Clinical Trials) is responsible and will work closely with national associations and Brussels staff.